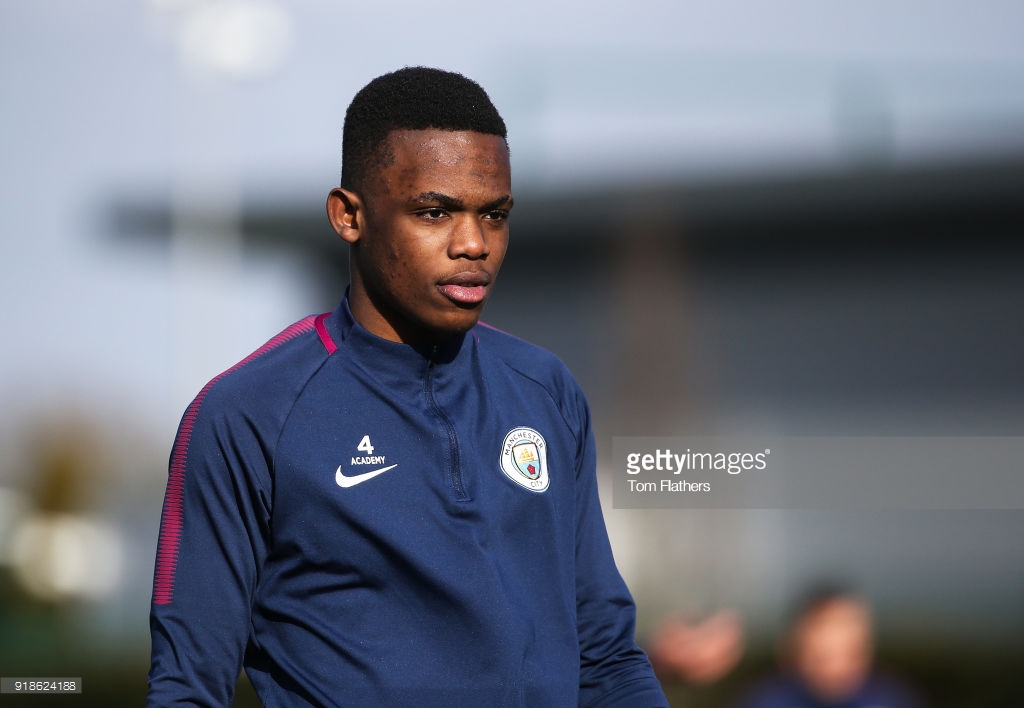 Schalke 04’s new flying Welsh winger Rabbi Matondo has played down the possibility of facing his former Manchester City team-mates when the clubs meet in the Champions League next week.

Matondo joined the German club from the Premier League Champions during the January transfer window and has already made his Bundesliga debut off the bench against Borussia Mönchengladbach.

The Cardiff City product made his first start for the Royal Blues in their 4-1 win over Fortuna Düsseldorf in DFB-Pokal – the German cup competition.

But with Shalke due to face City in the Champions League in Germany next Wednesday, Matondo told the club’s website he is concentrating on this Saturday’s league match.

Meanwhile, his club has been trying to make Matondo feel at home by learning Welsh.

The account tweeted: “To celebrate @rabbi_matondo joining the Royal Blues, the Shalke US admin is going back to school to learn Welsh. Join us on our journey with #Daily Welsh.”

Welsh football fans have replied in their droves praising the account for its daily feature.

“My full focus is on the Freiburg game,” said Matondo, whose brother will be at the VELTINS Arena for the match.  “My family will visit me regularly,” he added.

Only after Saturday’s league game will the Wales international’s focus turn to the clash with his former club.

“When the game is over, we will start preparing for the Champions League game,” said the 18-year-old.

The £10 million signing knows only too well how difficult a challenge City will pose his new club, having moved to the Etihad from Cardiff in 2016.

But says his new team-mates will not be daunted by the prospect. “They have no weaknesses. Nevertheless, we will not be beaten before kick-off.”

The youngster’s initial impressions of his new club are all positive. “I enjoy every single minute, every training session,” he said.

“It would have been easier to just stay in England. But for my development, Schalke are the perfect team to fulfil my goals. When I heard that S04 were interested in me, I was very excited.

“I want to get as many minutes as possible under my belt. I am simply very motivated and want to improve everyday in training. I am a young player and have a lot to learn still.”

Matondo is also keen to learn off the pitch, having already started learning German. “Bitte, danke, links and rechts. They are the most important football terms,” he said.