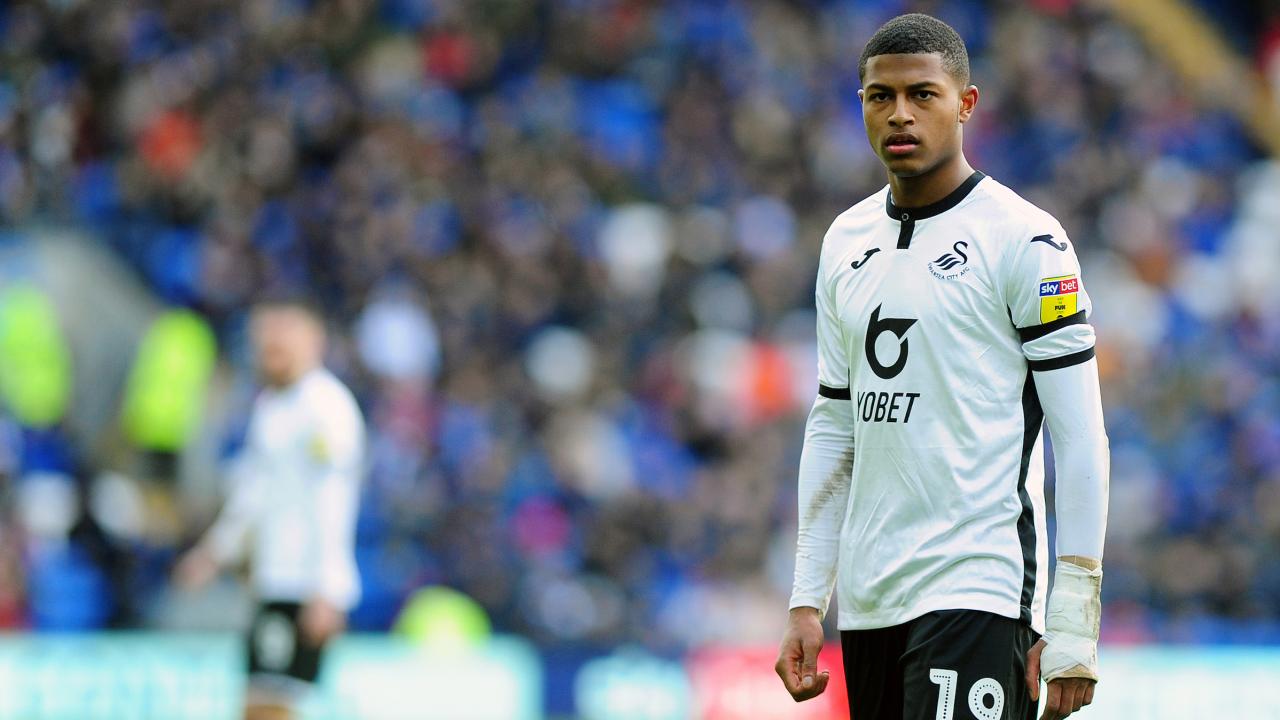 Rhian Brewster looked to have scored late winner until Swans defending let them down again.

Steve Cooper admits time is running out on Swansea City’s hopes of a play-off spot as he launched a scathing attack on his side’s defending.

The Swansea boss saw his side come from behind three times to take the lead at Hull City with just minutes left.

It left the Swans – who were without centre-back Joe Rodon who had a niggling injury after playing two games in a few days – five points off the Championship’s top six.

Cooper said: “The goals tell you everything about the game. We worked hard to create and score some really good goals.

“But on the flip side the goals we have given away are absolute gimmes. They were all the same, not getting enough pressure on the first ball which was allowed to be put into our box.

“We have not won the first header and not picked up the second ones.

“To concede four goals, which were all the same, like that is disappointing and if I’m honest it feels like a defeat.

“We continue to get done by the same thing.

“We have only got ourselves to blame. I am just so disappointed with the way we have conceded four goals and I’m struggling to see past that.

“We have not had a great week, it’s three games this week we should have done better in and we have only got ourselves to blame.

“We have to make up for a bit of lost time.There are still points to play for but we have to start winning games quickly.

“Hopefully the players are feeling the same as me. The players should be disappointed.

“It’s black and white. We haven’t done the non-negotiables of the game well enough and that’s competing.

“When they had the ball we were just too far off it and we were letting them put balls into the box and we didn’t deal with it, simple as that really.

Rodon’s presence was badly missed with some woeful defending gifting Hull – who had only claimed one point from the previous 18 and had lost their last five home games –   the lead on three occasions.

“He was not fit,” added Cooper. “He has played a lot of football of lat after being out for three months. It was going to be a tough ask anyway to do Saturday-Tuesday-Friday for his legs and he has picked up a couple of niggles.

“This one came too soon. I would have allowed to have Joe out there.”

Leonardo da Silva Lopes gave the home side the early lead but the Swans quickly levelled ‘ through Wayne Routledge. Cooper’s side dominated the rest of the half but were unable to find the net again.

Fellow sub Rhian Brewster looked to have snatched victory for the Swans with six minutes left only for Eaves to net deep into injury-time.