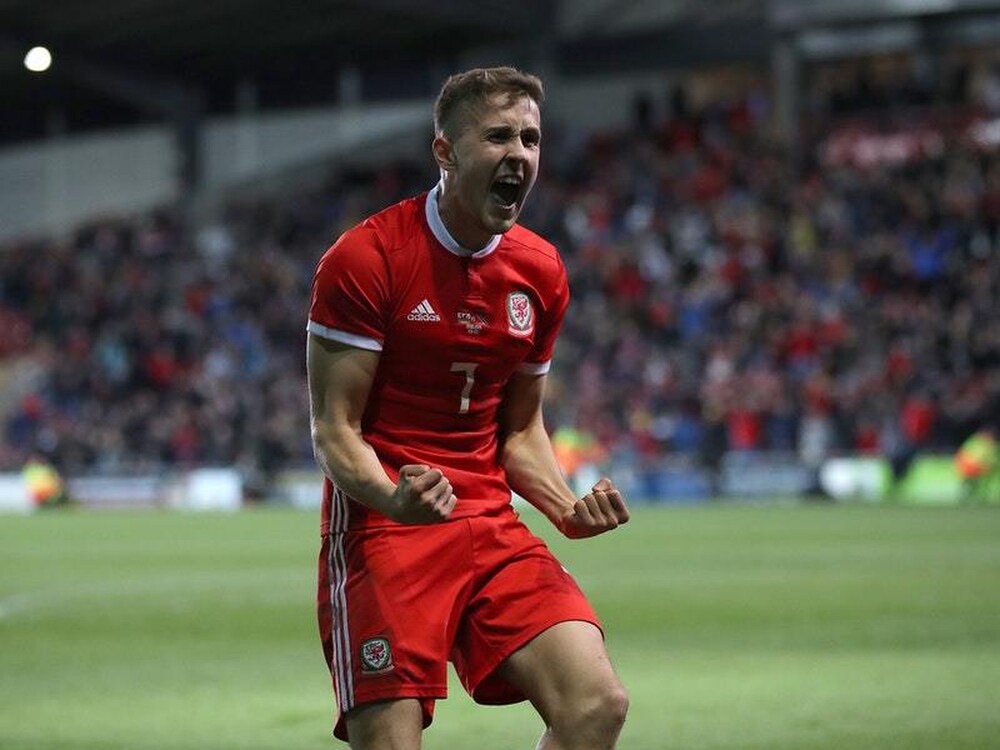 Will Vaulks was once paid 33p a week – but now trains alongside £86million man Gareth Bale who earns a reputed £350,000 a week.

The Rotherham midfielder, who is being linked with a move to Cardiff City, was paid pennies at Falkirk as he tried to rebuild his career after being released by Tranmere.

Vaulks survived thanks to his parents helping him out financially and the sacrifice has paid off as he prepares alongside Bale for Wales’ Euro 2020 qualifier against World Cup finalists Croatia.

“I got 33p a week for the first three or four months – that was because they had to put me on the payroll,” said Vaulks, who qualifies for Wales thanks to his Bangor-born mother.

“They put me in a flat and my mum and dad lent me some money to survive.

“I decided that was the best option for me, going back to full football rather than staying in England and playing part-time.

“My career was on the edge, but Falkirk gave me a chance and that’s why the club is special to me.

“It was a tough time. No money, four or five hours from home, but it made me work that little bit harder and I appreciate what I’ve got now.

“I was always bigged up when I was young, told I was going to be the captain of Tranmere. It went from that to being released when the new manager came in. But you’ve just got to stick at it and hope someone sees something in you.

“Steven Pressley at Falkirk saw something in me, gave me that chance and I had to take it.”

Vaulks joined Falkirk in February 2013 after a short spell at Workington in the Northern Premier League and his form in Scotland earned him a move to the Millers in 2016.

It has been a roller-coaster ride with the south Yorkshire outfit who were relegated back into League One last season after a one-season spell back in the Championship.

But his performances caught the attention of Wales boss Ryan Giggs who handed Vaulks his debut in the March friendly against Trinidad&Tobago.

The 25-year-old earned his second cap as a late substitute in the opening Euro 2020 qualifying victory over Slovakia – and now he could be facing Luka Modric in Osijek on Saturday.

“He’s not a bad player, is he?” added Vaulks. “He’s an unbelievable talent and they’ve got a great team but when you train with Gareth Bale you see what these players are like.”

Wales will then travel to Budapest to face Hungary after which Vaulks – who has one year left on his Rotherham deal – can face a summer of transfer speculation.

As well as the link with the Bluebirds, he has also reportedly interested Norwich City who have won promotion back into the Premier League.

But Vaulks insisted: “I’ve seen the Cardiff talk, maybe with the Wales thing that’s where the link is coming from. But I’m a Rotherham player, really enjoyed my time there, and will try to get the club back up next year.”