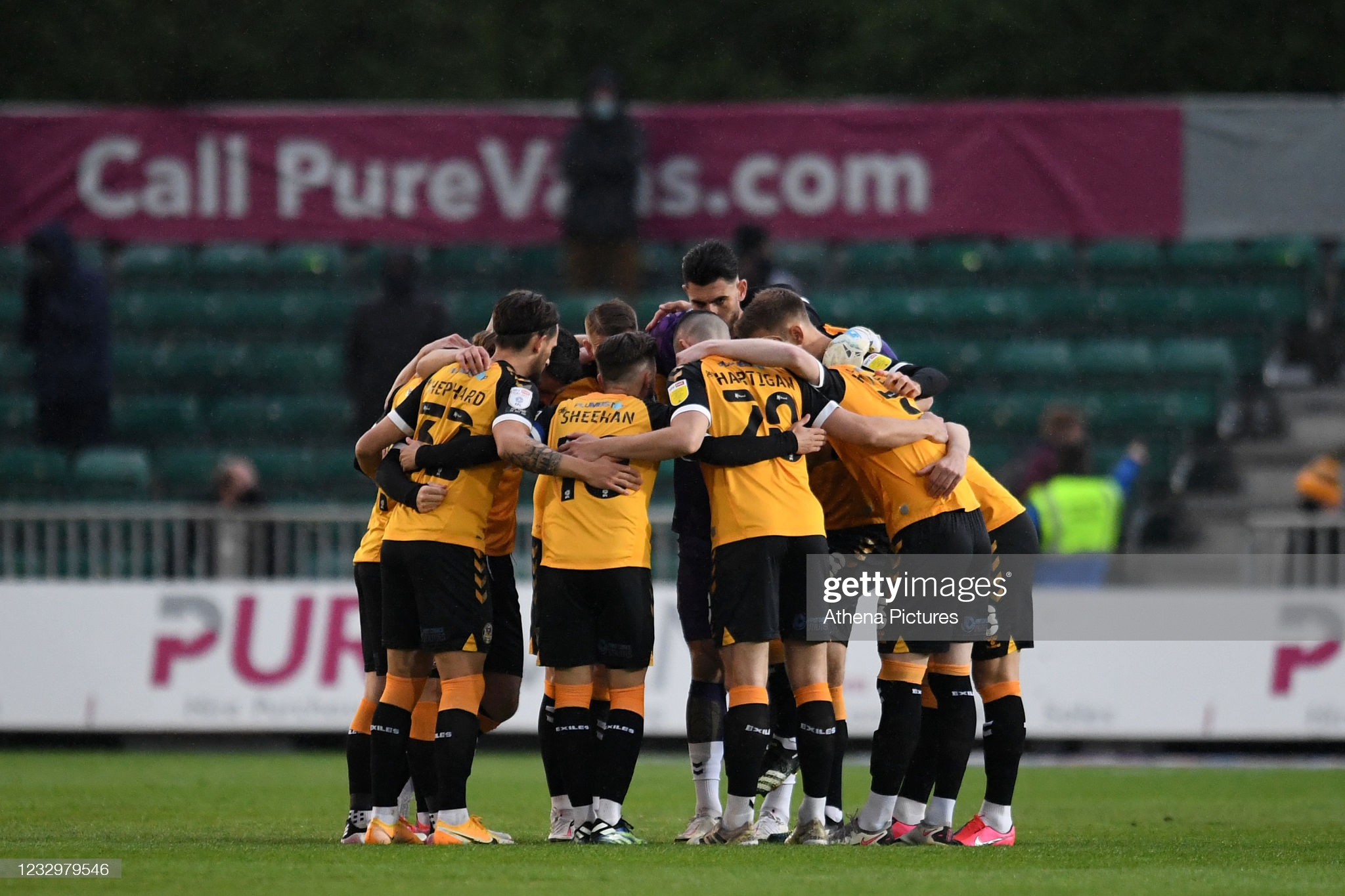 Contracts and livelihoods, as well as a trip to Wembley, will be on the line for the Newport County players when they line-up for the second leg of their League Two play-off semi-final at Forest Green Rovers tonight.

With all bar a handful of the squad out of contract at the end of this month, the Exiles manager Michael Flynn will instruct his players to go out and play for their lives at The New Lawn.

“They are playing for their futures. There are players in our team who will comfortably get another club, but what level that is at is down to them,” said Flynn.

“They have a fantastic opportunity to be offered contracts in League One and not League Two. Maybe one or two of them could go even higher.”

A wonder-strike from Matty Dolan and a second from Lewis Collins earned County a 2-0 advantage to take into the second leg and Flynn is hoping that will give them a big enough cushion to reach the play-off final at Wembley for the second time in three seasons.

Among the many players who will be out of contract is the skipper Joss Labadie, who is hoping to return to midfield action today after missing the first-leg after having eight stitches put into a gash in his thigh caused by a stud puncturing his leg in the game at Southend.

“It went past the skin and sliced the fascia. Initially they were worried it had gone into the muscle,” explained Labadie.

“Thankfully, it hadn’t gone that far so they stitched it all internally. I was quite lucky because it could have been a lot worse.

“I’m grateful to be available for the game coming up. The boys are playing for their livelihoods and for contracts – it’s all on the line.

“It’s not a joke. We’ll be giving it our all to get Newport to Wembley and into League 1.”

Even though Labadie is fully fit to resume, having had the stitches taken out last week, Flynn might well be tempted to stick with the side that dominated in the first-leg and keep his skipper in reserve on the bench.

“The gaffer has got a decision to make and I’m sure he will do what’s best for the team. I’m expecting them to come out all guns blazing because they’ll be disappointed at their performance in the first-leg.

“We’re going to need to be at it and it’s going to be a game played at full throttle. The first goal is going to be massive and our morale is good.

“It would be fantastic for the city, the club and the community if we could get up into League 1.”

Forest Green caretaker manager Jimmy Ball may regret revealing he is already planning for a trip to Wembley.

The son of former England World Cup winning legend Alan Ball could find his words coming back to haunt him in the biggest game of his brief managerial career to date.

That’s going to go up on County’s dressing room wall.

“It probably shows his inexperience as a manager to say that. We haven’t booked anything for Wembley,” retorted County boss Michael Flynn.

“One thing everyone knows about me is that I’m not arrogant and I don’t get carried away with things. I’ve had to work hard for everything I do and I’ll never ever let that quality I’ve got get away from me.

“It’s a massive game for us because we want to go to Wembley and get promoted. It will be a huge occasion against a very dangerous Forest Green side who, on their day, can beat anyone.”

As well as a two-goal advantage, Flynn will head to the New Lawn Stadium knowing his skipper Labadie is now fully fit.

⏪ Last time out against @FGRFC_Official…

Relive the action from the Exiles’ 2-0 victory in the first leg at Rodney Parade.#OneClubOneCounty pic.twitter.com/qsUQX9PSgc

“I put the welfare of Joss ahead of anything else in the first-leg. There was a risk he could break down and miss out on the second leg and a trip to Wembley if we get there,” admitted Flynn.

“I had to do what was best for Joss, even though he wanted to play. The risk wasn’t worth the reward on Tuesday night, but he’s now fit for consideration.”

The difficulty for Flynn now is whether or not to break-up the winning combination from Tuesday night by restoring his captain to the starting line-up or to put him on the bench.

It also depends on how Flynn wants to approach the game. Ball says he expects him to shut up shop and defend his two goal lead, but Flynn is having none of that.

“We definitely won’t be going there to park the bus. They were slight favourites before we kicked-off and all that has happened is that we have edged ahead of them with those two goals,” said Flynn.

“The pressure is on them to get the next goal because if they don’t and we do then the tie will be over. We’ve had seven clean sheets in our last 10 games and what I’d love is an eighth.

“But more than anything I want my players to go out and enjoy the game, not make any silly mistakes and play with cool heads. Play the game and not the occasion.”