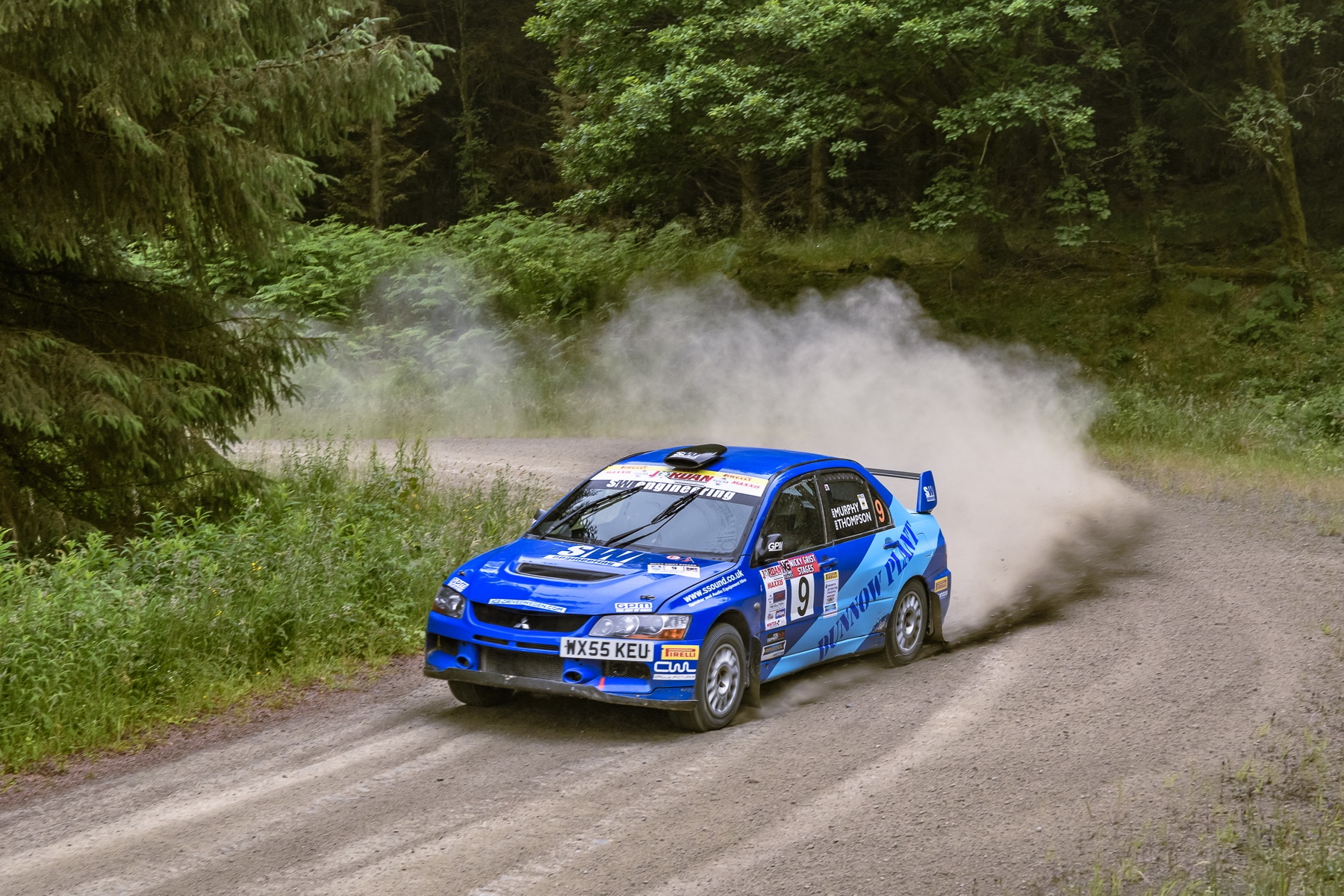 Russ Thompson and Matthew Hirst go into the final round of the Pirelli Motorsport UK Welsh Forest Rally Championship in a head-to-head showdown on this Saturday’s Winner Garage Skoda Wyedean Stages Rally.

With three wins (two coming on the last two rounds) Thompson and co-driver Andy Murphy lead the series, while Hirst and his navigator Declan Dear are third. Even though Tom Llewellin (Ford Escort Mk2) is second, the points to drop rule means that he cannot win the overall title, leaving it instead to the two Mitsubishi Evo 9 drivers to battle it out for the top award.

Despite this, it’s been a fantastic season for Llewellin, as the Pembrokeshire teenager has already clinched the RAVENOL Welsh Challenge for drivers’ and Two-Wheel Drive titles.

As well as the overall award, there are plenty of class trophies yet to be decided. Chris Powell, Andrew Fox, Hywel Davies and Andrew Davison are all still in contention for the rear-wheel drive crown, although Powell has opted to enter the Wyedean in a four-wheel drive Subaru Impreza. The battle for the front-wheel drive title is between Perry Gardener, Callum Black, Tony Simpson, Steve Black and Dan Evans.

It’s even more open in Class 6, with the top seven drivers and the top nine co-drivers still in the running for the title.

In Class 13, matters are further complicated by the destination of the overall title. Josh Taylor leads Hirst by a single point, but if Hirst takes the overall drivers’ title he will not be eligible for a class award – meaning Taylor could finish second and be class champion!

In the N4 class, Thompson goes into the final round tied on points with Wug Utting.

The event has received a good entry, with Ian Bainbridge/Jamie Edwards seeded at number one in their Skoda Fabia R5. Other interesting entries include Graham Middleton/Steve McPhee in a Mitsubishi Mirage R5, while Phil Collns/Den Golding will give their Opel Ascona 400 a shakedown run in preparation for the forthcoming Roger Albert Clark Rally.

With only the six best scores from the season’s eight championship rounds counting towards the final points tally, calculators will be in full swing immediately after all six stages of this year’s Forest of Dean Motor Club-organised event have been completed in order to determine who are the overall and class Welsh Forest Rally Champions.