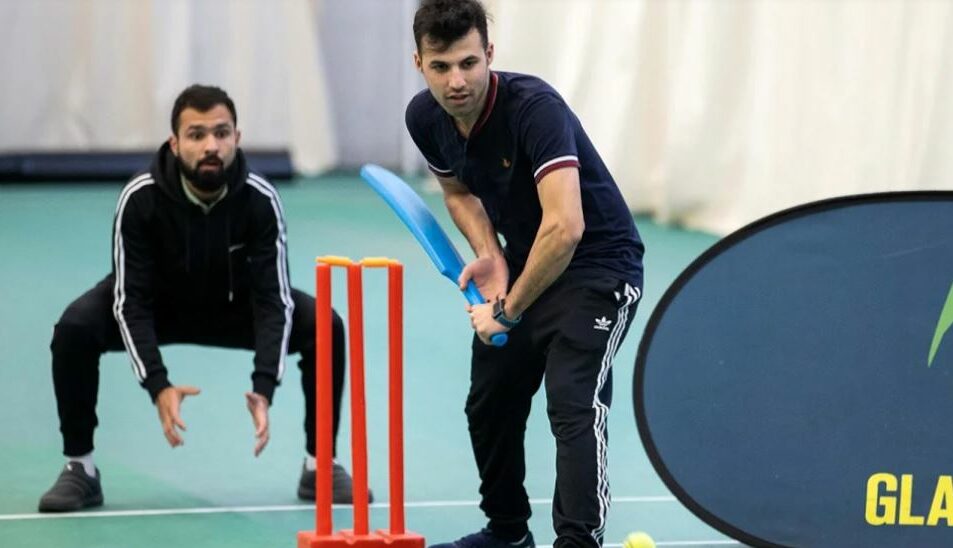 Mojeid Ilyas’ love for the game of cricket began when he was a child, playing tape ball at the local parks with his brothers for hours on end.

He has now taken that passion and turned it into a Ramadan Tape Ball league to bring together people from all across the community, with the hopes of making cricket a more inclusive game in Wales.

Following recent controversies in cricket in the UK, Ilyas, who now serves as Cricket Wales’ Diverse Communities Development Officer, decided to set up the ‘Ramadan Cricket Festival’, a four-week tape ball tournament aimed at those who are fasting for Ramadan.

Ramadan is a Muslim religious festival, which involves fast between sunrise and sunset for an entire month as a means to reflect and grow spiritually.

Cricket Wales have been making important steps in this area in recent years.

Setting up late night free sessions in April at Sophia Gardens allowed Muslims who were observing Ramadan to play cricket after breaking their fast.

The commitment is to develop relations with the entire local community and make the first steps to building trust.

“Having everyone here – instilling the unified sense of closeness, inclusivity & community has been an unforgettable experience”

In turn, it’s hoped that more and more people start to get involved in the game in Wales.

Speaking about the new festival, Ilyas says: “I think it was a real success.

“We had about 45 to 50 people turn up, from all different ethnicities and cultures. Even people who are not from the Muslim community helped out and volunteered for us.

“When people are fasting, they don’t expect special treatment. But it’s nice for people around them to know about their situation, which will go a long way for these people.

“A lot of the issues stem from ignorance, not being aware of different people’s cultures and religions.

“It is that awareness about the reasons behind these decisions that will help allow cricket to become a more cohesive game going forward.”

Ilyas – who also serves as Glamorgan’s Diversity Champion Talent Scout – has been cricket-mad since playing on the fields in Cardiff’s Grangetown.

Ilyas’ Ramadan Cricket Festival is not the first event of its kind. In fact, similar projects are already running in areas like Manchester and Birmingham where interest in cricket is high.

Ilyas hopes that these events can be replicated in Cardiff to foster better ties between the local communities and Cricket Wales.

“It came about from discussions we had with the local community. It is quite hard to be active in the day when fasting, especially with work as well.

“So, similar to the programme seen in Birmingham, we decided to try it here in Cardiff,” he explains.

“It was really nice to see the hunger for the game is still there; to come at such a late hour, even though they had to work the next day.”

So far, the project has been successful and has encouraged members of the local community to come together and celebrate something they love without restriction.

“Cricket Wales and Glamorgan Cricket have made a massive step forward in the last two years in making the game a lot more accessible for different groups of people.

“You want people coming to watch and play cricket in Wales and feel like they belong and celebrate their Welshness and their enjoyment of cricket.”

Ilyas, a former Glamorgan 2nd eleven player who came through Glamorgan’s academy and Wales Cricket at age grade level alongside players such as Prem Sisodiya and Kiran Carlson, is now championing inclusivity at Cricket Wales and is striving to bring through the next generation of Glamorgan and Wales players, regardless of their background.

“When young people in the community see that Prem Sisodiya and Kiran Carlson are playing for Glamorgan, it gives them massive motivation to try and do the same.

“Both players have been brilliant as well, giving masterclasses and offering to come and help out in the community.

“You see the role models like Sisodiya and Carlson and the increase in the inner-city communities now, and I think you will see a lot more players from not only South Asian backgrounds but lower socio-economic backgrounds, from all ethnicities, break into the pathway.”

There will also be a National Cricket festival at Newport Cricket Club on August 14.