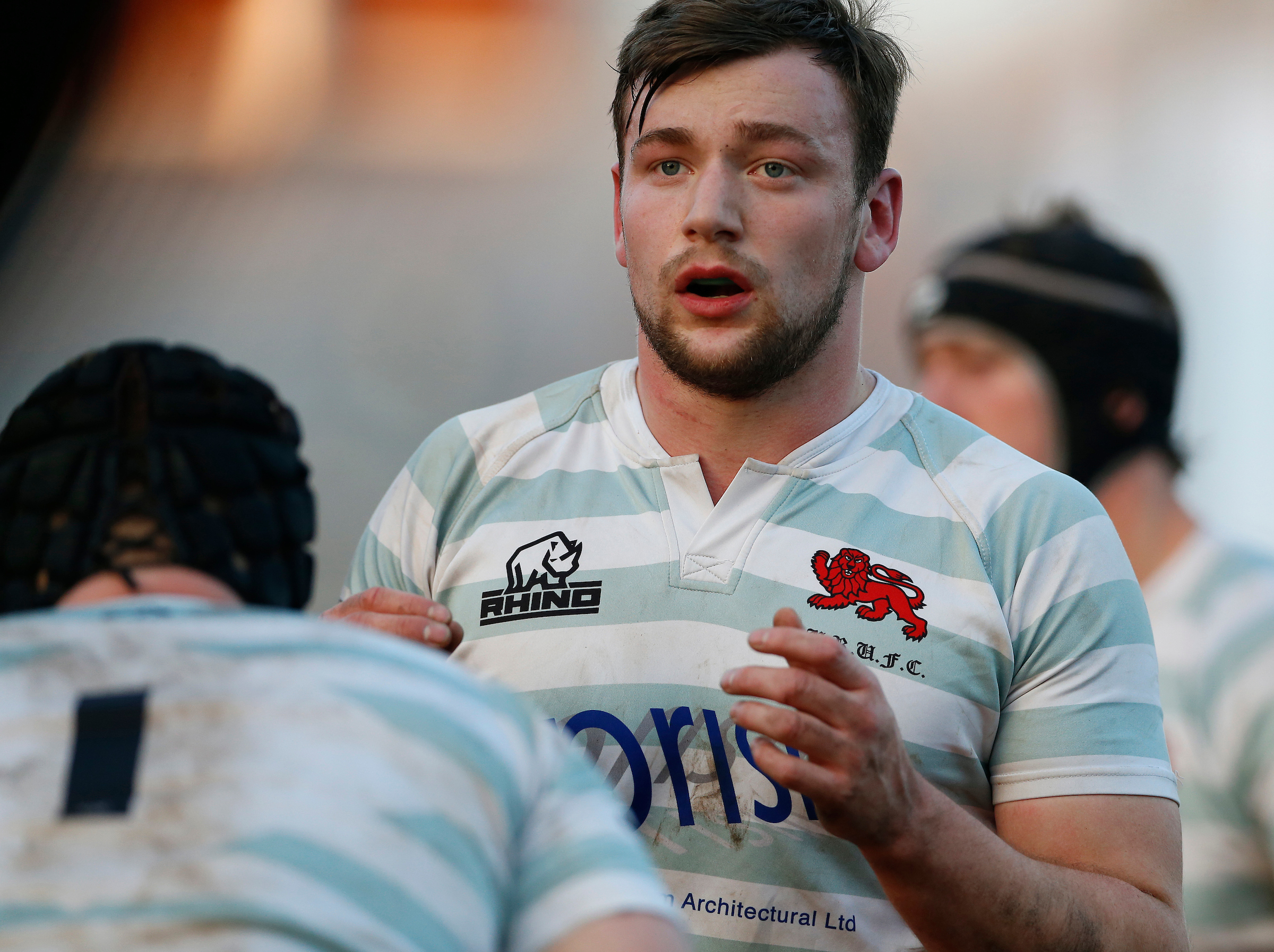 Stephen Leonard will follow in some illustrious Welsh footsteps when the Cambridge skipper leads out the Light Blues in the 138th Varsity Match at Twickenham today (Thurs).

The former Llandovery College pupil has graduated into a back row regular at Grange Road and will win his third Blue at the home of English rugby, captaining a side that boasts 99 caps in the second row split between former Aussie James Horwill and Springbok giant Flip van der Merwe.

A rugby player in his free time, Leonard’s day job as a PhD student is working on a project to try to find ways of fighting cancer. It is important work that will keep him at Cambridge until 2024.

The rugby club will no doubt be thrilled that the one-time aspiring young professional player, who was good enough to play for Wales at U16 and U18 level while at school, could go on to match the great Will Briggs’ record of seven Varsity Match appearances.

Today will be number three and he was also an unused replacement in his first term.

“I am doing a PhD in something called cancer immunotherapy, so I will finally leave Cambridge in 2024. I’ve got two Blues so far, been involved with another game, and in theory I could get to seven and match the legend that is Will Briggs,” said Leonard.

“The work I’m doing in my PhD is the one thing I’ve wanted to do for the last two or three years. You have to be organised, which isn’t one of my best traits, but I prefer to be busy rather than have a lot of free time.

“There have been a lot of tests showing that your immune system will detect and start fighting cancers. The premise behind it is that you can use pharmaceuticals to enhance the immune response and then hopefully spark a genuine fight against cancer.

“Within that I am looking at a signalling pathway within a group of cells. The PhD takes three years and I swapped from being a fourth year medical student, which is normally a six year course, to do it.

“Once I’ve done my three years on the PhD course I’ll do my final two years of medicine, which means going back on the wards and learning how to be a doctor.”

Leonard follows in a long line of Welsh captains at Cambridge, the first of who, Charlie Nicholl, also went to Llandovery. Nine of them were internationals, although only four of the 11 to date tasted success in the Varsity Match.

Leonard will be hoping to continue where Adrian Davies, the last Welshman to lead the Light Blues, left off in 1991 with a 17-11 victory.

“Coming from the middle of nowhere in Mid Wales to be following in the footsteps of some many great Welshmen is a huge honour. I’m very excited, and I’m feeling pretty confident, because we’ve answered some good questions in the build-up,” he said.

“The loss to Loughborough was tough, the wins over Cambridge City and Crawshay’s were only by a point, when we should have been winning easily. A few question marks were raised, but we hit back with 140 points in our last three games.

“We wanted to come into the Varsity Match winning five out of five from the Trinity College game, but that wasn’t to be. Even so, we’ve built some momentum by winning our last four. It’s not the most beautiful rugby in the world, but it got South Africa to a World Cup final and it clearly does the job.

“It is hard to gauge whether or not you’ve had a successful season based solely on the result in the Varsity Match because so much goes into the 12 weeks leading up to the game. As long as we can look back and say we gave it everything, then that will be OK. It is all about having no regrets.”

Leonard won schoolboy honours and was good enough as a teenager to play within the Scarlets academy system, but he decided not to pursue a professional playing career. During the summer he got a taste of what life might have been like had he done so when he went to Georgia with the English Counties XV to help their hosts prepare for the World Cup.

“It was nice being part of a professional environment for 10 days. We went out and played very competitive Georgian sides, but there isn’t a massive part of me that wishes I had pursued a professional career at 18,” he added.

He will feature at No.8 today and is delighted to have Horwill and Van der Merwe in front of him in the Light Blue pack. No wonder he was happy with summer recruitment.

“Every year we and the other place pick up a superstar or two and a lot gets pinned on them in terms of hopes and expectations. In reality, the best thing they can do is raise the standard in training in the build-up to the big day,” he added.

“Then the dream is they have a solid match, they don’t have to do anything ground-breaking, but the guys around them also do their jobs. It’s pretty straightforward, rather than hoping we’ve got two internationals, we’ll give them the ball every phase and see if they can win it for us.

“It is very nice having recruited two players with 99 caps between them, but rugby is a team sport and we know that two players, even of their stature, aren’t going to win us the game on their own. I’m lucky to have a massive cohort of players who understand what is needed.

“We have a group of 24/25 guys you would happily put into a Varsity Match. It can happen that you have a squad of 15 and a few others and the rest of the bench is there hoping nobody else gets injured.

“This season we’ve got 15 guys who are starting who we know will do a massive job and we’ve got people who will come off the bench and bring massive intensity. The younger guys come on after 50-60 minutes and bring with them loads of energy.”