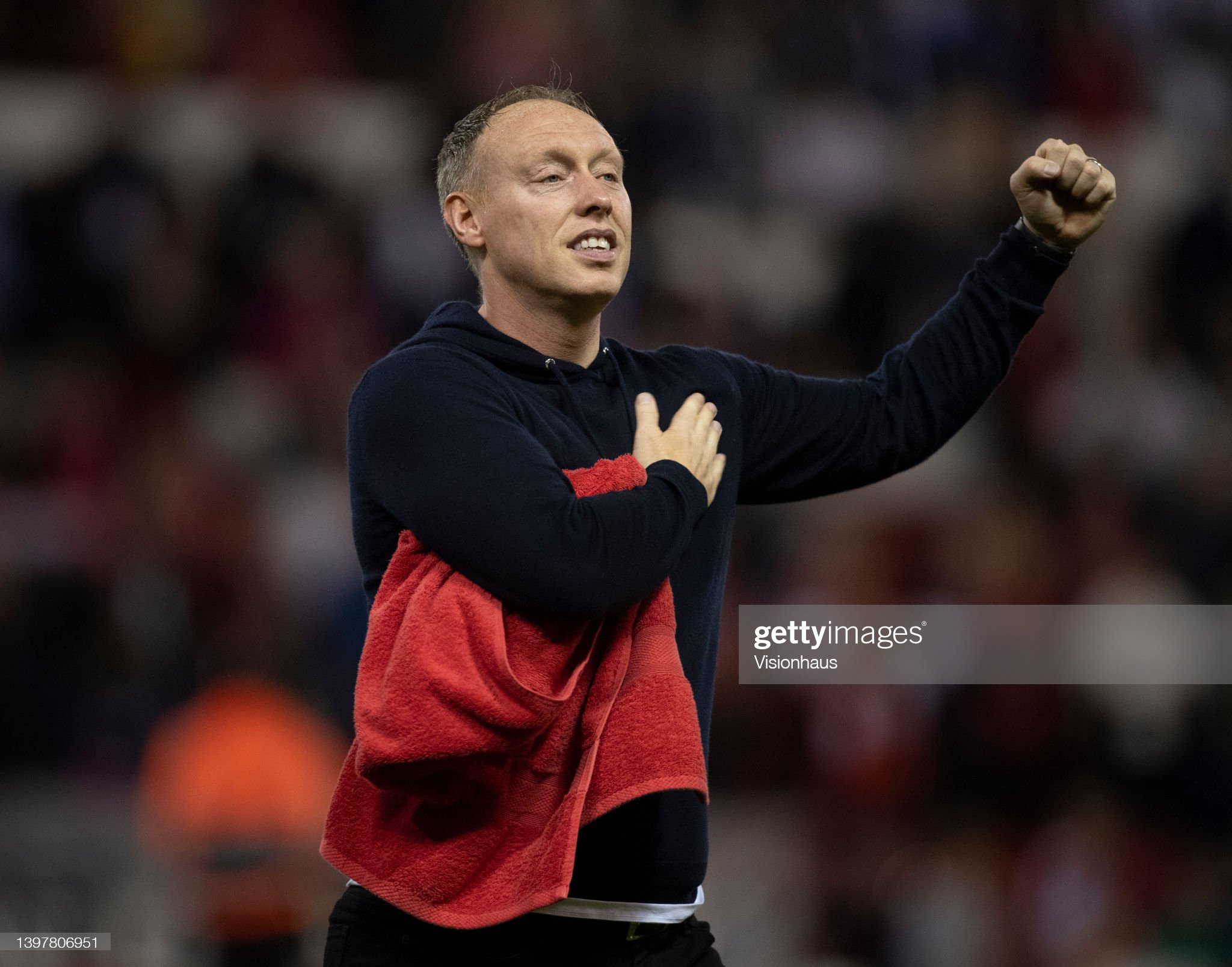 Steve Cooper has taken Nottingham Forest to the brink of a return to the Premier League after they won a dramatic penalty shoot-out against Sheffield United to reach the Championship play-off final.

The Welsh manager and his team looked to be in a commanding position after the first leg when they came away from Bramell Lane with a 2-1 win, and the constantly impressive Wales international Brennan Johnson extended that lead in the first half at the City Ground.

Sheffield United were much improved from their first leg performance, though, and they were able to level the tie through former Swansea City loanee Morgan Gibbs-White and John Fleck.

That took the tie to extra time, during which Forest goalkeeper Brice Samba made an enormous save to deny Gibbs-White a second.

This was the Championship table when Steve Cooper officially took over #nffc in September (after Steven Reid had overseen their first win as caretaker). Now they’re one Wembley win away from the Premier League. pic.twitter.com/ZU9mOq9LTX

Samba again came up strong in the shootout, saving three Sheffield United attempts to send his side to Wembley to face Huddersfield.

“We are hopefully going to give so many people a day to remember,” said Forest’s former Swansea City  boss Cooper.

“I can’t sum it up at the moment, the reality is that we have another step to go.

“To get through two legs of a semi-final play-off you have to do a bit of everything, you have to play well, have to suffer, have to have a bit of luck and dig in – all of the things you have to do to be a real team we have done.

"The City Ground ROARS like it hasn't ROARED in years!!" 🔊#NFFC's Brennan Johnson gives his side the lead against the run of play! ⚽💥 pic.twitter.com/jXTWl74FCQ

At times we haven’t played so good, but I’ve never seen teams be outstanding over two legs in the play-offs so I’m not ashamed of that one bit. The most important thing is that we’re through.

“We’ve been brilliant this season. We gave automatics a real push. We were outstanding at the weekend and that’s helped us get over the line.

“But these play-offs are a little bit different and you have to do a bit of everything to get through, and that’s what we’ve done.

“The support was incredible. We went 2-1 down and the crowd got better and louder.

Whatever happens at Wembley, it's a hell of a start to his career.

“This is a magical place anyway, but it was particularly good tonight and I’m very grateful for them getting behind us and sticking with us.

“It’s a special club and we’ve got to keep going and keep believing. Credit to Sheffield United who have been brilliant over the two legs, now we’ve got a tough game to come against Huddersfield.”

“Brice was brilliant today, I’m not one for singling people out but it’s difficult not to talk about how good he was in terms of the penalties, the saves, the distribution and the calmness.

“He is a big part of what we do on and off the pitch. It’s brilliant he got his moment.”

They are now in the playoff final and one game away from the Premier League. 🏴󠁧󠁢󠁥󠁮󠁧󠁿🌳 pic.twitter.com/SUMdKUPahF

Meanwhile, Sheffield United manager Paul Heckingbottom was understandably disappointed, especially after such a fine performance from his side in the second leg.

“We don’t get what we deserve sometimes, football’s cruel like that,” he said.

“We were fantastic from the first whistle, got caught by a sucker punch again, but we responded fantastically well.

“They’ve done themselves proud, their families proud and myself and the staff proud and that’s all we ask for.”