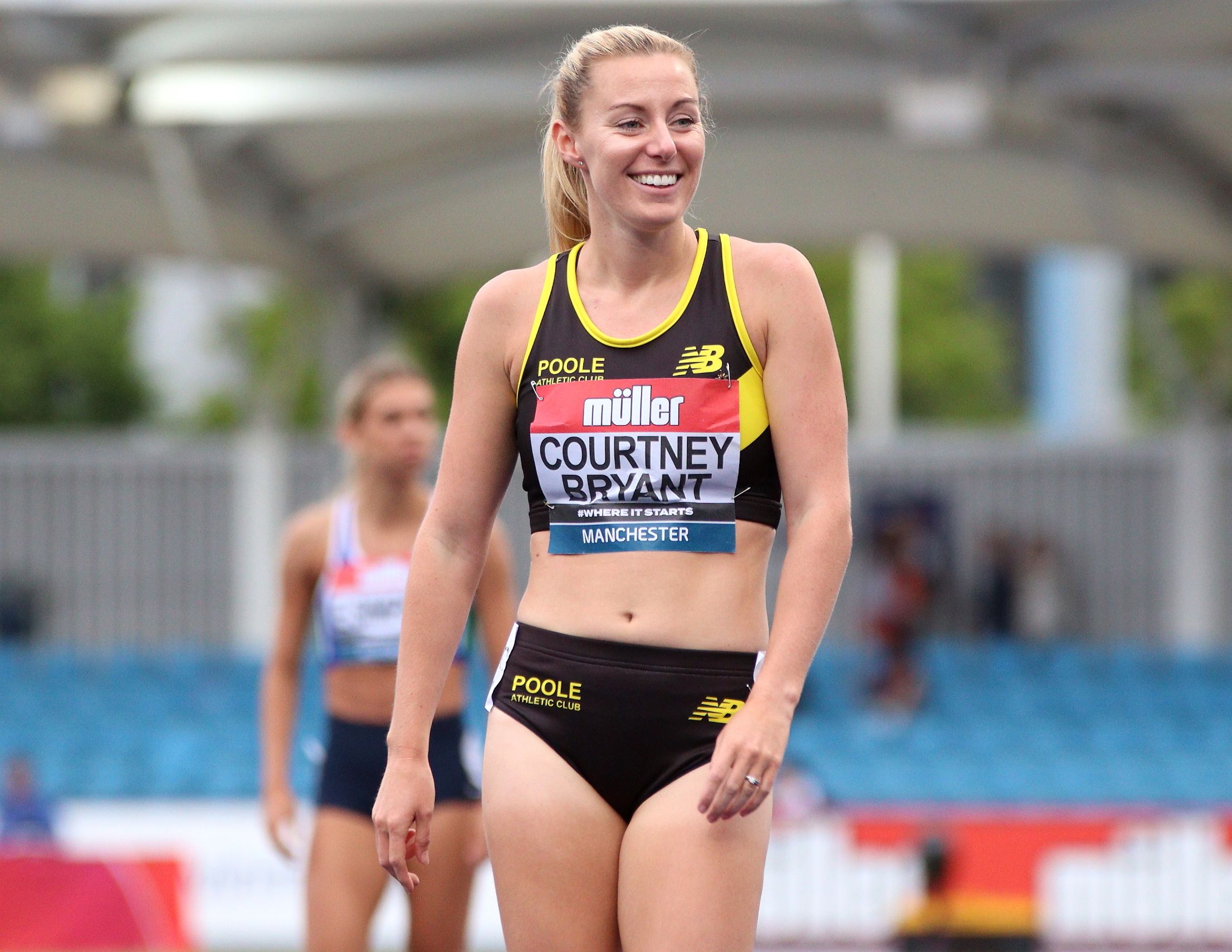 Melissa Courtney-Bryant has had a busy summer of international athletics. Pic: Owen Morgan.

Four Welsh athletes have been named as part of an initial Great Britain team of 64 heading for next month’s World Athletics Championships in Oregon.

A further group of athletes have been nominated for selection via a top 32 Road to Oregon qualification position and have been informed.

However, these selections are subject to confirmation following the final publication of the Road to Oregon rankings on Wednesday 29 June. If successful, these athletes will be confirmed and announced following this date.

Courtney-Bryant will run in the 1500m while Azu and Brier have been selected as part of the men’s 4x100m and mixed 4×400 relay teams respectively.

Poole AC middle distance star Courtney-Bryant secured her place in the team by finishing second to Laura Muir in the 1500m final at last weekend’s Muller UK Athletics Championships in Manchester, which doubled as the trials for Oregon.

The selection marks the end of a long road back to form and fitness for Courtney-Bryant following a number of injuries, which meant she only ran three times competitively last year and was forced to watch the Tokyo Olympics wearing a protective boot on her injured foot.

But second place in Manchester, added to the fact she already had the qualification standard, meant Courtney-Bryant automatically gained a place on the flight to America for the championships which start on July 15.

Only a breath of Manchester wind denied Azu a similar automatic place in the individual 100m.

The Cardiff athlete won the 100m title in fine style, but a 2.5m/s tail wind meant his super-fast 9.90 time did not count as a qualifying standard.

Azu’s fastest legal time is 10.16 – just outside the selection mark.

As a result, the two athletes who finished immediately behind him in Saturday evening’s final – Zharnel Hughes and Reece Prescod – have been announced as the automatic picks in the individual event.

Swansea Harrier Brier, who finished fourth in the 400 metre final in Manchester, will line up in the mixed relay at the Hayward’s Field stadium in Eugene.

Great Britain failed to qualify a men’s 4x400m team for the event.

Brier has been in excellent form overall so far this season having lowered his PB to 45.56 in Geneva at the end of last month.

Fellow Swansea Harrier Griffiths will be going to his second World Athletics Championships having also competed in the marathon at the London Games in 2017.

The Carmarthenshire athlete should be in good form having set a new personal best in February when he ran 2:11.28 in Seville.

Olympic head coach and former Wales and GB sprinter, Christian Malcolm, said: “We are really pleased to be selecting such a strong team for the World Athletics Championships Oregon 2022.

“We saw a very competitive trials event at the Müller UK Athletics Championships which saw several athletes confirm their place on the plane, and we’ve seen a number of athletes step up on the global circuit so far this season which has been really encouraging.

“We are confident that we’ve selected a team that optimises medal success and that have the ability to progress through rounds to reach finals.

“The World Championships is the start of a very busy summer of championships and games, so there are a number of opportunities for athletes to represent their country this summer.

“For those who have been selected for the team for Oregon, I wish the athletes and their coaches the best over the next week or so and to keep focus to achieve your goals.”

The Great Britain and Northern Ireland team for the World Athletics Championships Oregon 2022: