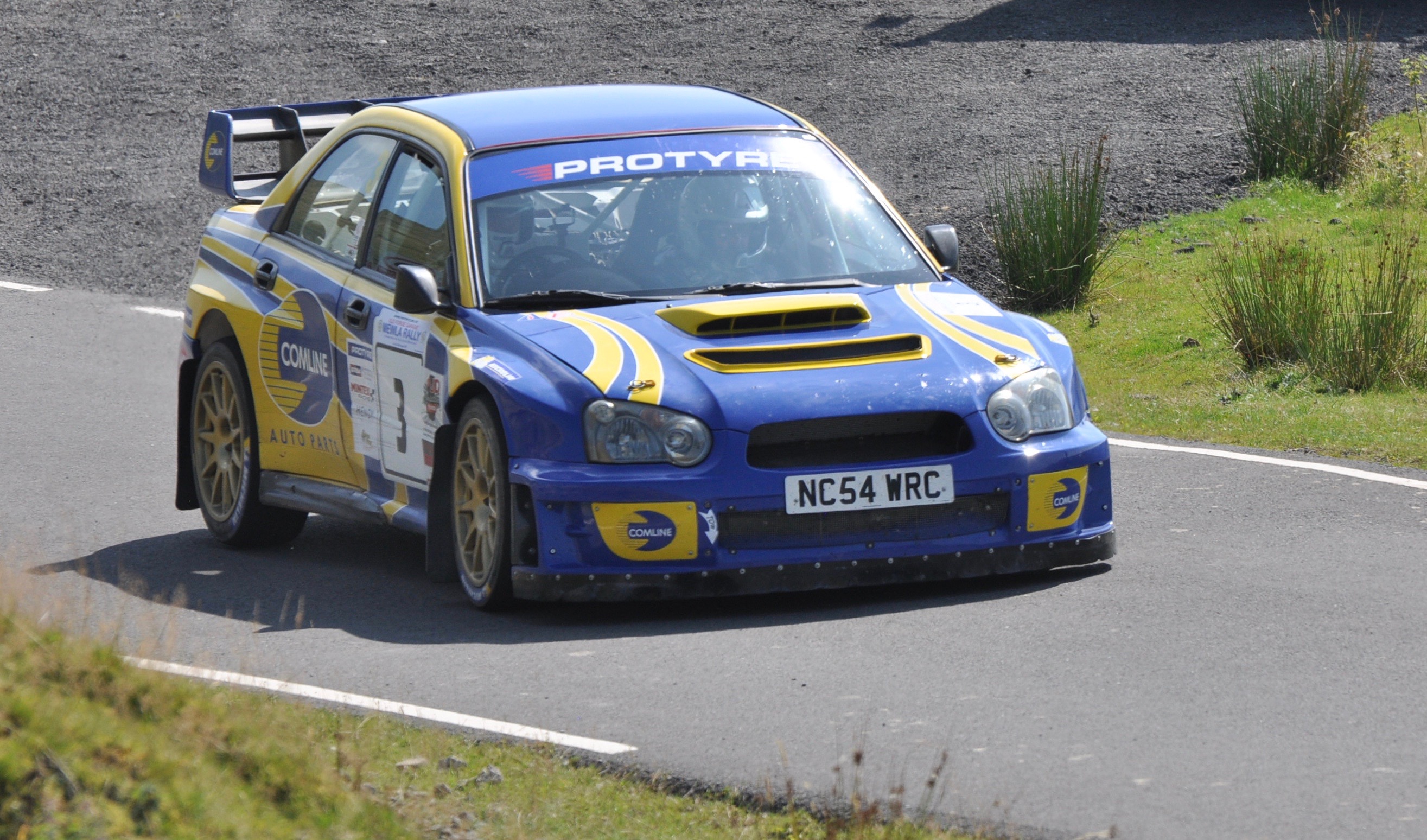 Bob Fowden will lead the field away on this Sunday’s Fairfield Merlin Stages Rally at Pembrey.

The Llanelli ace has won the event four times (in 2011, ‘13, ’15 and ‘16) and will be one of the favourites for victory again at the Welsh Motorsports Centre.

Phil Turner won the WWRS Jaffa Stages at Pembrey last December and has been seeded at number two in his Mitsubishi Evo 9, while Nigel Jones is at three in his ex-Petter Solberg Subaru Impreza WRC S9.

Richard Merriman remains on course to win the JD Tyres Welsh Tarmacadam Rally Championship for a fourth time, and a good result on this, the penultimate round of the series, will go a long way in his aim of retaining the title. There are two other drivers who can win the title, however – namely Will Mains, who has already sealed the 1400cc class award in his Vauxhall Nova, and Llyr Jones, who is currently in third place in his Ford Escort Mk2.

In the co-drivers’ section it looks to be a two horse race between Kath Curzon (Merriman’s co-driver) and Claire Williams (who co-drives for Mains).

Ian Kenvin is expected to be the leading two-wheel drive runner and has been seeded at number five in his Escort Mk2, although this will only be his second rally of the year and he expects to be a bit rusty.

There is a lot of interesting competitors further down the field to keep an eye on as well, like Ellie Williams in car number 50. The Nissan Micra driver has previously driven in Juniors and is a very well respected navigator, having won the Welsh National Tarmacadam Championship as a co-driver alongside Carl O’Grady in a Nissan Sunny F2 in 2017.

Sunday’s Fairfield Merlin Stages Rally also hosts the penultimate round of the Formula 1000 Championship, with Ioan Lloyd heading to his local round a close third in the series. Co-driven by Jonathan Jackson, the Llandysul teenager is just one point off second place and 14 points off the lead, as he mounts a title push in his West Wales Rally Spares-backed Citroën C1.