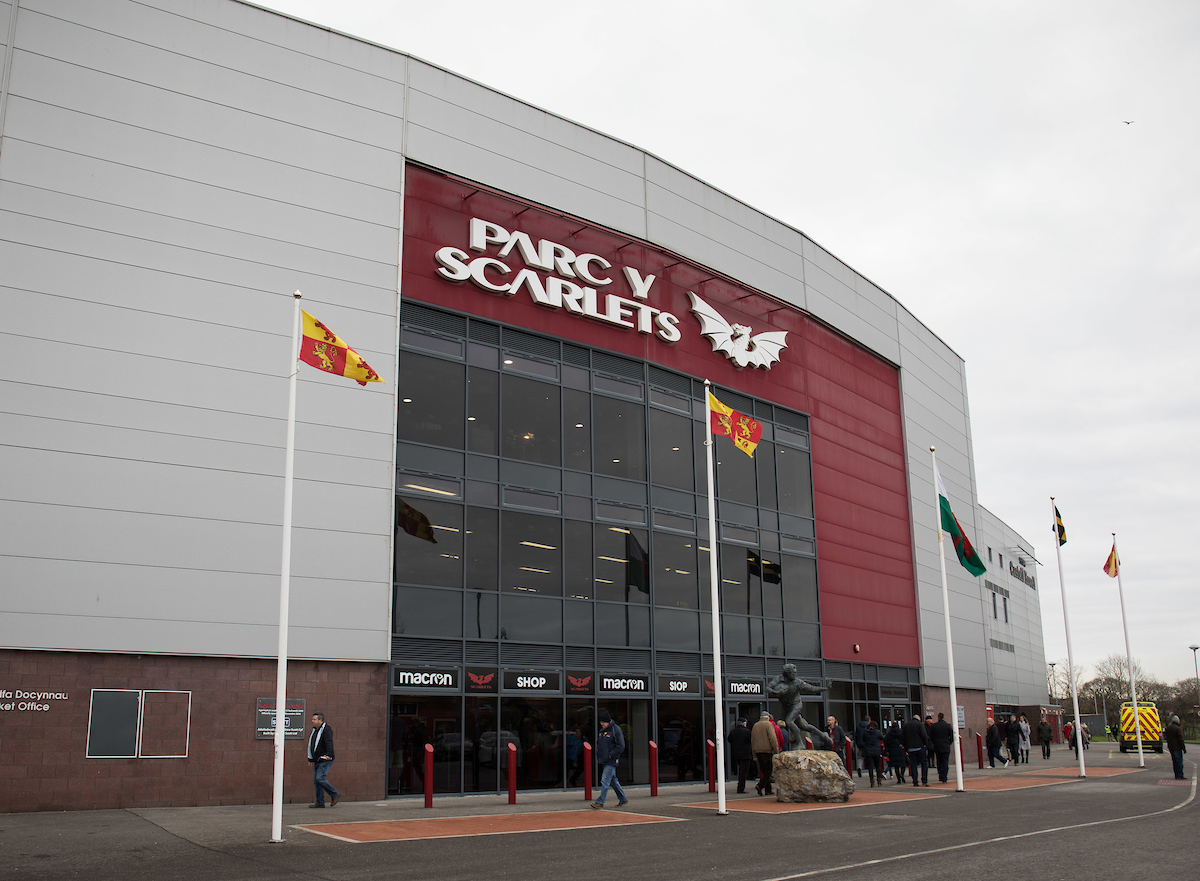 The Scarlets have been left in the lurch after their Heineken Champions Cup clash against Toulon this evening was called off less than an hour before kick-off.

But rather than suggest the contest would be declared a walkover and the points awarded to the Welsh region, EPCR have called the refusal to play a “postponement”, suggesting there will be no sanction against Toulon and that the tie will be re-scheduled.

The French club’s worries relate to a Scarlets player testing positive for Covid-19 after playing against Bath last weekend.

Bath’s fixture against La Rochelle, due this weekend, had already been called off because the English club said they had 12 players self-isolating after being in close contact with the Scarlets player.

The Scarlets players were going through a workout on the pitch at Parc y Scarlets 75 minutes before kick-off, but Toulon had not arrived at the stadium and television equipment was being packed away.

In a statement, Toulon said they had decided “not to play this meeting as planned this evening”.

The former European champions said: “Rugby Club Toulonnais learned this Thursday, 17 December, that at least one player from the Scarlets team had tested positive earlier this week for Covid-19.

“Following this, the Bath Rugby club, which had faced the Scarlets last weekend, were forced to forfeit the second day of the Champions Cup [against La Rochelle] because 12 players in their squad had been in ‘close contact’ with this Welsh player.

“Despite this eminently delicate context, the EPCR, with the approval of the Welsh Rugby Union, wished to maintain the Scarlets-Toulon match.”

“He specified that the sanitary conditions were not met to maintain the organisation of this meeting, the health of the players, of the staff and their families being paramount.

“The EPCR nevertheless upheld its decision.

“Faced with this state of affairs, Rugby Club Toulonnais, although aware of the serious consequences, decided not to play this meeting as planned this evening.”

EPCR then issued their own statement, which was also posted by the Scarlets on their website, saying the game was being postponed, despite offers to Toulon to re-schedule this weekend following extensive testing of Scarlets staff and players.

The statement read: “EPCR have been informed that RC Toulon believe that this evening’s (Friday, 18 December) Heineken Champions Cup, Round 2 fixture against Scarlets at Parc y Scarlets cannot be played in a sufficiently safe manner for their matchday squad and staff.

“Following confirmation by Scarlets that one of their players tested positive for COVID-19 after last weekend’s Round 1 match against Bath Rugby, the player self-isolated in accordance with public health guidelines and his two close contacts were not selected in the matchday squad for the Pool A fixture against RC Toulon.

“A Medical Risk Assessment Committee was convened earlier today to consider any potential issues in relation to Scarlets’ testing and tracing, and it was satisfied that the risk of further transmission had been contained before recommending that the match could go ahead safely.

So could Scarlets Front Row have infected the Bath starting Pack and 4 replacements, but none of their colleagues? pic.twitter.com/C8swow7PiQ

“On learning of RC Toulon’s concerns regarding the fixture, it was suggested that the match could be postponed to a later date in the weekend to allow any of the club’s players to opt out of the match if they wished to do so. It was also suggested that RC Toulon could source willing players from their existing tournament squad to replace those who had withdrawn and that the Scarlets matchday squad could undergo additional PCR testing.

“These offers were rejected by RC Toulon, and EPCR can therefore confirm that the match is postponed.”