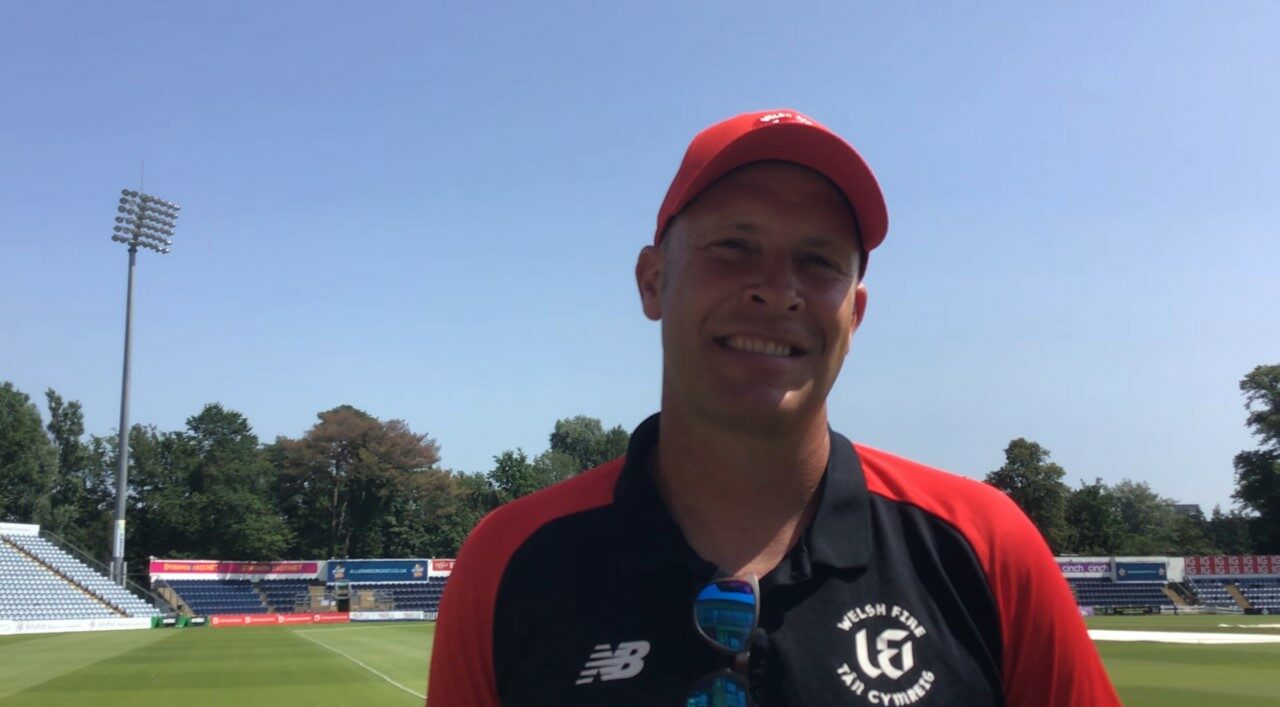 “To be a Welshman working in Wales makes me the proudest man in the country.”

Those are the words of the Welsh Fire women’s head coach Mark O’Leary who is aiming for success in the new Hundred competition.

O’Leary took the brave decision to leave Cardiff Met last year after a 20-year association with the university, he has since gone on to be the head coach of both Western Storm and the Welsh Fire women’s team.

During his time at the university, he was both a lecturer and coach to Sophie Luff who is now the captain of the Welsh Fire team.

The enthusiastic coach is pleased to be joined at the Hundred by the experienced Luff and takes great pride in talking about his time at Cardiff Met.

“I was an Archer at Cardiff Met for 20-years, I’m very proud to say I both studied and worked there,” said O’Leary.

“I both coached and taught Sophie Luff at university so to have her with me now at the Welsh Fire is great, I trust her 100% with all the decisions out on the field.

“We have a lot of conversations about our time together at Cardiff Met, I have so many good memories from my time there, they were just fantastic to me.”

Honoured and Proud to be Head Coach of Welsh Fire. I will be wearing the badge in my home Country with pride. 🏴󠁧󠁢󠁷󠁬󠁳󠁿🔥 @thehundred @GlamCricket #nosmokewithoutfire #firestarters pic.twitter.com/WcUBIVsoyG

Former Glamorgan head coach Matthew Mott was originally appointed as the head coach of the Welsh Fire women’s team but had to withdraw prior to the start of the tournament, this then opened up an incredible opportunity for O’Leary.

“I was going to be the assistant coach initially which I was delighted with but when I got the call to step-up I was really pleased,” added O’Leary who is from Caldicot.

“Obviously I wanted to work with Matthew Mott so I’m disappointed with that but to be a Welshman working in Wales makes me the proudest man in the country.”

19-year-old all-rounder Alex Griffiths from Port Talbot is the only Welsh player in the women’s team and O’Leary was keen to stress how important of a role the Hundred has to play in the development of young players.

“What an opportunity for Alex, she’s playing for the Welsh Fire at the home of Welsh cricket,” said the former Cardiff MCCU coach.

“I hope she thrives on every second of it and I certainly know her family will be coming her in their truck loads to support her as they always have done.”

England International Sarah Taylor is one of the key players for the Welsh Fire and is known for being one of the best wicket-keepers in the history of the sport.

Fielding has always been a big focus of O’Leary’s coaching too and he’s hoping Taylor’s fielding can rub off on the team as a whole.

“I know she turned up at the first training practice with all her gizmos for fielding training,” said O’Leary.

“As our time is quite restricted, it’s been really good for me that she’s been able to take our wicket-keepers under her wing.

“Due to her experience, she is basically part of the coaching team unofficially as she has a role with Sussex coaching too.

“We’ve welcomed her with open arms, I’m yet to do any of my fielding drills, hopefully she can teach me some new ones.”

The Welsh Fire women’s side were beaten by the Northern Superchargers in their first game on Saturday.

But they hadn’t banked on a brilliant knock from Superchargers batter Jemimah Rodrigues who hit 92 not out from 43 balls in what was the best innings of The Hundred so far.

Welsh Fire all-rounder Hayley Matthews said: “Losing is never easy, but, at the same time, you have to appreciate how well Jemimah batted.

“She played a really, really good innings, and we couldn’t do much about it.

“But maybe we could have improved the lines we bowled and a couple of misfields.

“We just have to take the positives into our next game.”

Meanwhile, the men got their campaign off the mark with a win in Headingley.

Gary Kirsten’s men posted a score of 173 which is the highest total of the tournament so far.

Both Welsh Fire teams play their first home games at Sophia Gardens in Cardiff tomorrow against Southern Brave with the women starting at 3pm and the men at 6.30pm.

The Welsh Fire are now the only team in the competition that still have stadium capacity restrictions, this is due to Welsh Government regulations. Therefore a crowd of only 4000 will be in attendance.