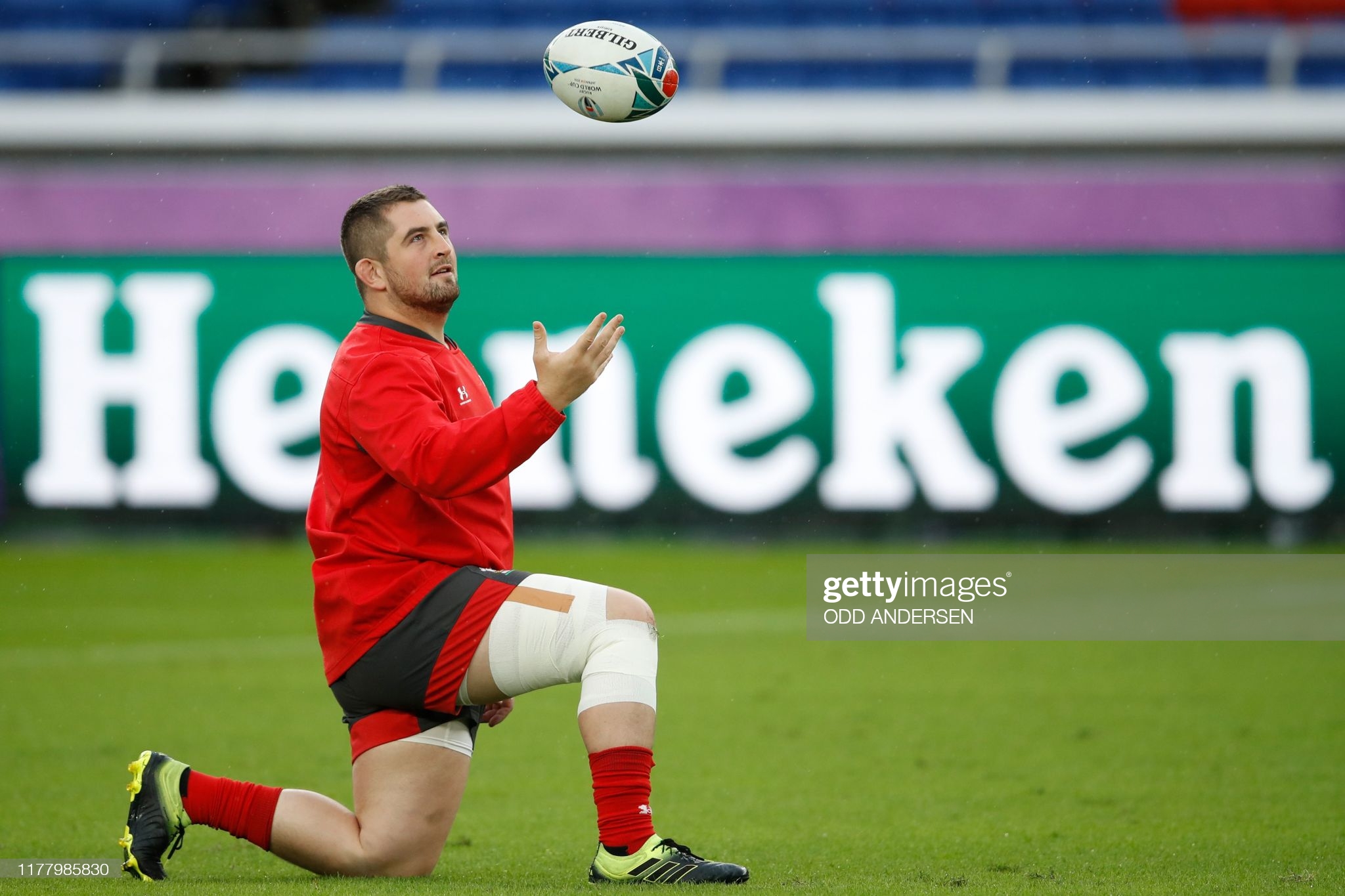 It’s a long way from Llandovery to the Lions, but Wyn Jones and Tadhg Beirne will bridge the divide this summer.

Five years ago, Wales prop Jones and Ireland forward Beirne could be found playing in the same West Wales club side in the Welsh Premiership.

It can be a long journey from club rugby to playing for the Lions for most players, but to travel from playing in front of crowds of a couple of hundred hardy locals at Church Bank, to facing the world champions, the Springboks in South Africa, is an impressive stretch.

The pair’s stories over how they ended up a part of head coach Euros Evans’ side couldn’t have been more different.

Born and bred in Llandovery to farming stock, Jones has been a part of the town’s community his entire life.

Irishman Beirne, meanwhile, had just embarked on a new chapter with the Scarlets and spent a short spell on loan at Church Bank to try and make an early impression in Welsh rugby.

It’s fair to say that since then, Jones and Beirne have grown massively. Both players reached their career highs last week when they were selected as British & Irish Lions for the first time.

Congratulations to all those selected for the @lionsofficial
tour. A pinnacle for anybody’s career. A massive congratulations in particular to @wynjones2. Pob lwc! #juniordrovertolions #ambassador #extremelyproud pic.twitter.com/ElKa8gri4k

Facing the Springboks will complete what has been a remarkable journey for the two young men.

“The support of the whole town of Llandovery and the rugby club especially has been massive for me,” said Jones.

“I’m grateful to everyone that supports me and it spurs me on when I get messages of support before games. I got them at the World Cup and I’m sure it will be the same for the Lions.

“The whole town gets behind me. Without the Premiership I wouldn’t be sat where I am today. If you look at all four of us from the Scarlets who have been selected for the Lions, we’ve all had a big part to play in the Premiership. It’s helped all of us in our development.

“Sometimes I have to pinch myself when I look back and realise five years ago I was playing for Llandovery. Now I’ve been selected for the Lions and can’t wait to get into it.

“Tadhg was always going to be a class player and he was very much liked at Llandovery for his attitude and the way he played the game in his few appearances.

“He was a firm favourite and hasn’t made it the easy way. It’s been the same with myself and it just shows how good a player and man Tadhg is.

“I popped him a message saying ‘The Drovers made you!’ after the announcement and he replied laughing. It’s a bit of banter between us.”

The man who guided Jones and Beirne through their development at Llandovery was the club’s senior head coach Evans, a man who has helped produce countless Wales internationals.

“It’s nice to see them representing Llandovery in the Lions. Wyn hasn’t come through the traditional pathway and from the regional age grade teams to the senior squad,” Evans said.

“He didn’t make the regional Under-18 team at the Scarlets and wasn’t part of the academy. He was a junior Drover, played for the youth team, and then the second team. He was a tighthead at the time, but probably wasn’t strong enough at the scrum to stay there.

“He was really good in the loose though so we transferred him to loosehead at 19 and sent him down to Ammanford for a year to cut his teeth. He propped with Samson Lee at Ammanford and he never looked back.

“He was excellent for us and quickly became a dominant scrummager and one of the best props in the Premiership. The Scarlets had to take him then really.

“I remember having a conversation with Ioan Cunningham who was with Wales Under-20 at the time. I said ‘I’ve got a player here that’s progressed really quickly and is a late developer.’

“Wyn is a genuine, hard-working guy and loved playing for the club. At that time, I think playing for the Llandovery first team would have been enough for him, but he’s ambitious and has worked hard at his game.

“He’s a really good character not just in Llandovery, but in the local area. He’s down to earth and a lovely man. He hasn’t changed a bit, still has the same group of friends, and you still see him around the town.

“Everyone is so proud of him and goes to watch his matches at the club when he’s playing.”

Jones, now 29, has 102 appearances for the Scarlets to his name. He was in the same Scarlets side as Beirne that won what was then the Guinness PRO12 in 2017.

He made his senior Wales debut against Tonga in Auckland later that year and now has 35 caps.

“I remember four years ago I was hoping to be picked for the Welsh tour,” said Jones, who will get married later this summer when he returns from South Africa.

“It’s probably quite a similar feeling now compared to then to be honest with you.

“I never dreamt back then that four years later I’d be selected for the Lions. It wasn’t even on my mind to be honest with you. Back then I just wanted to get on the field for a cap.

“I’ve been overwhelmed with the congratulations I’ve had and I can’t thank everyone enough for the support. I haven’t managed to get round to replying to everyone yet, but I did celebrate with my family.”

@rtendo27 the Welsh cups llandovery HAVE won Wyn jones scored a try for llandovery in the game on The right. 🏏👍😀🏴󠁧󠁢󠁷󠁬󠁳󠁿🏉❤ pic.twitter.com/5sJHLXOotU

“All the boys are good mates and to see four Scarlets and 10 from Wales selected is great. It also takes the pressure off as I’m good friends with them.

“It was a very proud moment for me to be selected and now I have to get myself in the best possible shape to try and get a shirt on.

“The next step for me is to get on the pitch and put that famous red jersey on.”

As for Beirne, he too will hope to be a Test Lion this summer. After swapping the Scarlets for Munster and a return to his native Ireland, he has become a key man for province and country.

Even though his time with the Drovers was short, it was certainly sweet.

Evans explained: “We were desperate for a second row at Llandovery and I remember having a conversation with Jon Daniels at the Scarlets.

“I said to him ‘Give us the second row who is the last one on your pecking order’ because I hoped we’d see a lot of him whoever he was. Jon said ‘There is a boy coming over from Ireland, we don’t know much about him so you can have him!’ It was perfect for us, but Tadhg only played two games!

Fun fact, today’s Man of the Match Wyn Jones plus 2/3 try scorers in this game (Tadhg Beirne and George North) all used to play for Llandovery. Rugby capital of the world.

“One was against Cardiff away who were fully loaded with players who had dropped down from regional level. We only had Tadhg from the Scarlets, but he was absolutely immense and man of the match by a mile. He turned the ball over all over the park and I knew from that moment we wouldn’t be seeing much of him and he’d soon be playing senior rugby.

“He never played for us again after that! He is a genuine nice guy and enjoyed being part of the group.

“He stayed in the Llandovery WhatsApp group for a long time until he left the Scarlets and things like that go a long way. The move to the Scarlets changed Tadhg’s career. He was a big part of their team which won the league. We gave him an opportunity to show what he could do and the rest is history.

“We only played a small part in his career, but we’re proud nonetheless.”