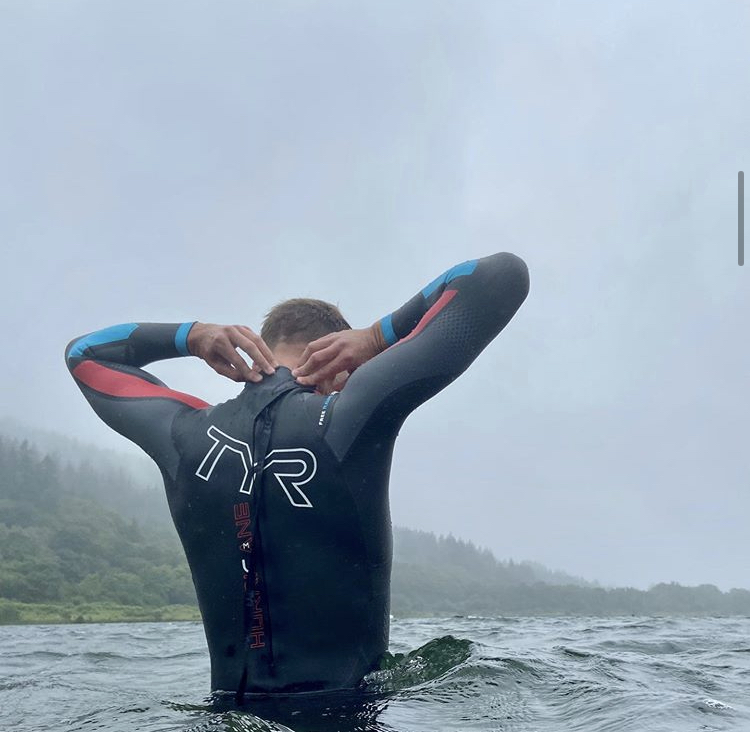 Dan Jervis went to swimming’s world championships last year and failed to cope with the anxiety of expectation. Now, after lockdown and time spent out of the pool, he tells Graham Thomas he will be a calmer man heading towards next year’s Olympic Games.

Dan Jervis is glad to be back in the pool, but the Olympic hopeful admits lockdown has altered his outlook to training, swimming, and even life itself.

The Commonwealth Games silver medal winner from 2018 is part of the small group of 11 elite Welsh swimmers currently back in the water in Newport.

The routines are very different – and take some getting used to – but Jervis is grateful for the opportunity to resume preparations for what he intends will be an Olympic debut in Tokyo at the delayed Games next summer.

For Jervis, though, the shutdown of the nations’ pools for four months was something of a double-edged sword.

It may have denied the 24-year-old the familiarity of his regular training, but he says it opened his eyes to other possibilities.

Moving from the pool to open water competition is one of them – a switch that would follow in the slipstream of former fellow 1500m star David Davies – but Jervis also thinks lockdown has given him a clearer focus.

After shattering his own personal best and moving second on the all-time list at the British Championships last year – only Davies has swum faster – Jervis then failed to reproduce that form at the World Championships in South Korea where the admitted the pressure got to him.

Time spent away from the pool, though, has had its benefits and the Resolven swimmer says: “Whilst it’s obviously been horrendous to watch what’s been happening around the country and around the world, I think for me as a person this period has quite helped me.

“It gave me a bit of a normal life and added prespective. As an athlete, it can be difficult to hold onto a normal life because it’s so intense all of the time.

“Over the past couple of years, there have been times when things have been going really well for me as a swimmer and I’ve been pleased with my times.

“But, mentally, I was kind of suffering because I felt like I couldn’t deal with the intensity of it all. It got to me at competition time.

“What the lockdown did was give me time to catch my breath, to take a step back and evaluate my priorities and be clear about things.

“I have had that pause, I’ve thought about things, and now I feel like it is my time to get myself together again, and to go into this next year for the Olympics.”

When lockdown came, Jervis – who is coached by Adam Baker – moved back home to his parents’ house in the Neath Valley and concentrated on staying fit through running and cycling.

He says that whilst some may have learned a language during lockdown, the knowledge that came his way was the certainty that he never wants to be a triathlete.

“The main thing I learned during lockdown was that I am 100% a swimmer. I cannot run to save my life!”

But there was another insight, brought about by swimming in lakes near Resolven and then in the cold waters of Swansea Bay when he moved back after eight weeks to his marina apartment in the city.

Open water swimming – which Jervis says he almost shunned after one miserable attempt when he was a youngster – might actually be for him after all, once his Tokyo objective is achieved.

If so, he would be following Davies – the Barry star who won a bronze medal in the pool at the 2004 Olympics, before claiming a silver in the 10km open water swim in 2008.

Devastated Daniel Admits He Has To Learn To Cope With Pressure

“I did some swimming in Swansea Bay, and at Langland, and it makes you appreciate how beautiful the landscape and the seas are here in Wales. We’re very lucky and it can be inspiring.

“I did the Great North Swim in 2013 and it was the worst thing I’ve ever done. I came last but one and it was a nightmare.

“But, somehow, I got picked to do a 5k open water race for Great Britain in Turkey, which didn’t go too badly.

“But the last few months have opened my eyes a little bit. Maybe after I’ve swum at the Olympics in the pool, I will venture into open water swimming.

“David Davies did that, he was Welsh, and so if he can do it, I can do it. Jazz Carlin did the same. So, it’s something I could well go for one day.”

For now, though, it’s the health checks, the temperature readings, the apps, masks and social distancing at Newport International Sports Village that are his preoccupation.

That, and making sure he’s on the plane to Japan in 10 months’ time.

Have you been inspired by the Commonwealth Games? Do you want to be like our silver medalist Dan Jervis? Get Swimming Today! Head to our website where you can find info on all local Swim Schools, Clubs and Swimming pools! https://t.co/yaRx6d3WBb #Inspirationnation @sport_wales pic.twitter.com/YaDx2onPFf

“Ever since I failed to qualify for the Rio Olympics, I have thought to myself in four years’ time, I am going to absolutely nail it.

“People thought I’d be devastated about the Tokyo postponement. But while I was disappointed, the way I am looking at it is like this: I have an extra 365 days to improve and get things absolutely spot on.”

One thought on “From Pool To Lake, To Open Sea . . . How Dan Jervis Has Toned His Body And Freshened His Mind”