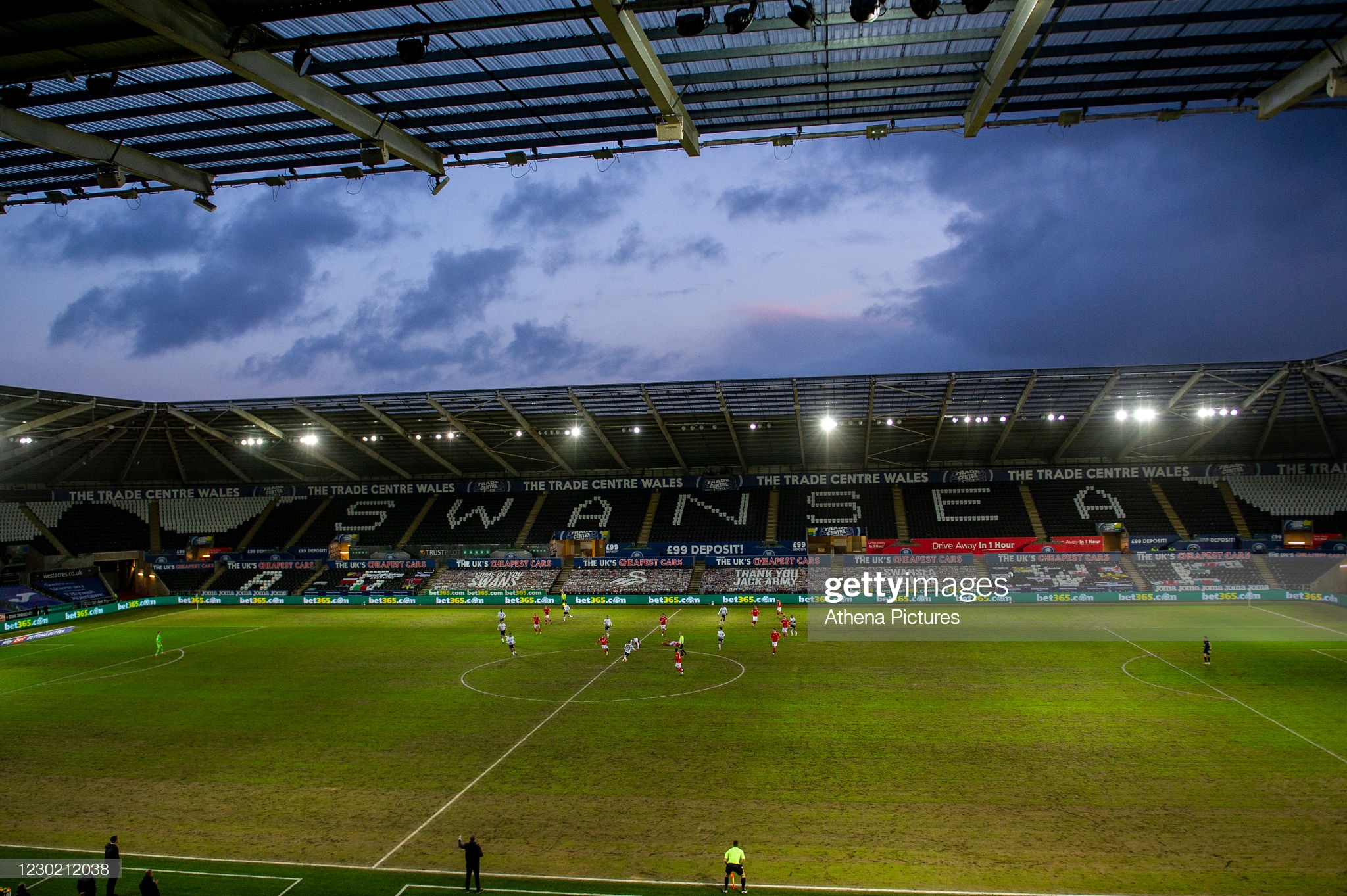 You couldn’t help but note the irony.

As darkness descended over Wales last Saturday – both literally and metaphorically after the First Minister’s announcement regarding a national tier four lockdown – intense work on the Liberty Stadium surface was already underway.

Merely minutes after Swansea had completed a 2-0 win over Barnsley, the sight of players in white or red shirts was replaced by ground staff, diggers, and tractors as the process of digging up the much maligned pitch began.

And make no mistake, hours away from a national lockdown or not, this was one piece of work that could be afforded essential status. Some may even has classed it as an emergency.

Indeed, the same surface that led to Dan Duffy being crowned the Barclays Premier League Groundsman of the year in 2013, an achievement that flew in the face of the complexities of Swansea sharing it with the Ospreys, has become a talking point of late for all the wrong reasons.

It’s perhaps worth remembering what was said about the surface just seven years ago – before the mystery turf disease set in that appeared to have killed most of the grass in the shadow of the West Stand.

This was the judgement passed on the pitch when it was considered the very best in the Premier League.

“The Liberty Stadium is well renowned for its excellent playing surface, with both the Swans and Ospreys rugby union side playing there.

“After providing a top-class pitch all-year round, Duffy has won recognition from the Premier League in their annual awards after the Liberty surface scored higher than the other 19 top-flight clubs.

“After marks out of five from referees and match delegates were counted up, the Swans scored an average 4.65 points.

“And, following a final inspection of the surface and methods used in maintaining standards, the Swans beat off close competition from Arsenal, Manchester City, Tottenham Hotspur, Liverpool , Aston Villa and Southampton.”

But that was then and this is now.

Bournemouth boss Jason Tindall was less than complimentary after his side played out a goalless draw with the Swans this month, and the mere sight of the large grassless areas prior to kick off  before the Barnsley game hinted we weren’t in for 90 minutes that was about to champion the beautiful game.

And so it proved. Steve Cooper may have seen his side take 21 points from 30 at home this season, but afterwards he readily acknowledged the situation had become untenable.

“I know it’s been a talking point for a number of weeks now and it’s not been easy,” he said.

“But we’ve got to play football on it and we’ve been winning here – and that’s the most important thing.

“I know it will be a little bit different next time we come here which will be intriguing to see. But we’ve dealt with the conditions really well and played football when we can.”

Indeed, Cooper’s side adapted impressively on Saturday, abandoning their favoured possession based football for a more direct approach. But despite their recent track record at the Liberty, Cooper and co are seemingly relieved by this almost unprecedented mid-season step.

Even if the manager didn’t appear entirely sure what was happening next.

“I don’t think anyone was particularly happy with the condition the pitch got in.

“No one was looking for any blame or fault, it was just about a solution and the club have come up with one. It’s quite exciting, it’s going to be intriguing to see how they do it.

“I haven’t got loads of details, just the headlines – apparently it’s getting dug up, we’re having a new one laid in the next two or three days and then its ready to play on.

For his part, Barnsley boss Valerien Ismael refused to blame the obvious. In fact, he almost suggested the opposite.

“The pitch was more of a problem for Swansea than for us. We knew this before the game and it’s awful to say this but you have to accept it because it’s part of the game in the Championship.

“It was another Swansea team, and it was another Barnsley team. I think it’s a reason why we saw a game like this with the pitch in this situation.”

With the traditional Boxing Day clash between Ospreys and Scarlets now moved elsewhere, the next action at the Liberty, and the first on the new pitch, will come on December 30th with Reading the visitors.

Can a playing surface required to host professional football be ripped up and adequately replaced in a mere eight-day period over Christmas?

This is one gift, that Cooper and his players need to be delivered on time.

2 thoughts on “From Premier League Pitch Of The Year . . . To Swansea City’s Big Christmas Dig Up”