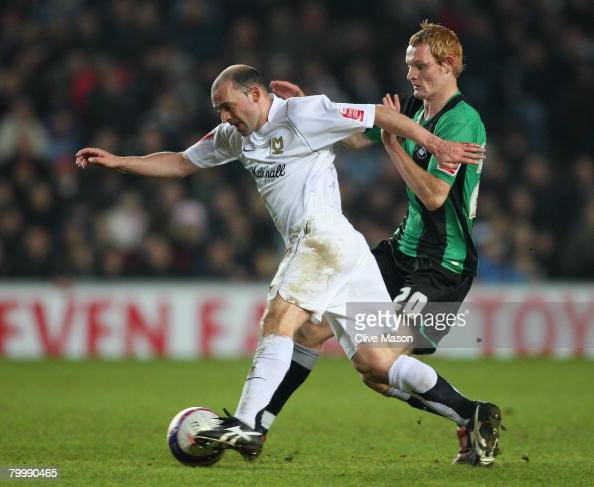 Another former Welsh international, Swansea-born Shaun MacDonald, has joined the ranks of the JD Cymru Premier League after signing for Penybont.

The 33-year-old MacDonald, who won four caps for his country, has put pen to paper on an 18-month deal and joins the likes of Jazz Richards, David Edwards, David Cotterill, Neal Eardley and Steve Evans as ex-internationals in the top-flight league in Welsh domestic football.

Having launched his career at Swansea City, he played in the Premier League with Bournemouth, had stints at Wigan and Rotherham and joins Penybont from Crewe.

🤝 Penybont are delighted to announce the signing of former Bournemouth, Swansea and Wigan midfielder and Wales international, Shaun MacDonald.

Shaun joins us on an 18-month deal.

While there are no matches across Wales once again this weekend there has been some activity in the transfer market.

Cefn Druids, still awaiting their first win of the season in the Premier League, have added exciting midfielder Ignacio Giampaoli to their squad. Originally from Argentina, where he launched his career in the second division with San Martín de Tucumán, he went on to spend time at Bournemouth’s academy before playing in the top tiers in Guatemala, New Zealand and Greece.

The 6’5″ centre forward started his career at Hartlepool United before joining Preston North End. He enjoyed loan spells at Lancaster City, Hyde United, Carlisle United and Accrington Stanley before joining Cork City just before the beginning of the COVID pandemic.

He had trials at Norwich City a year ago before joining Icelandic side Kordrengir. He has been training with The Nomads for the past month prior to joining the club in January.

Corey Shephard has rejoined Haverfordwest County from Merthyr Town. The 23-year-old had joined the Martyrs from the Bluebirds back in October, but has now gone back the other way.