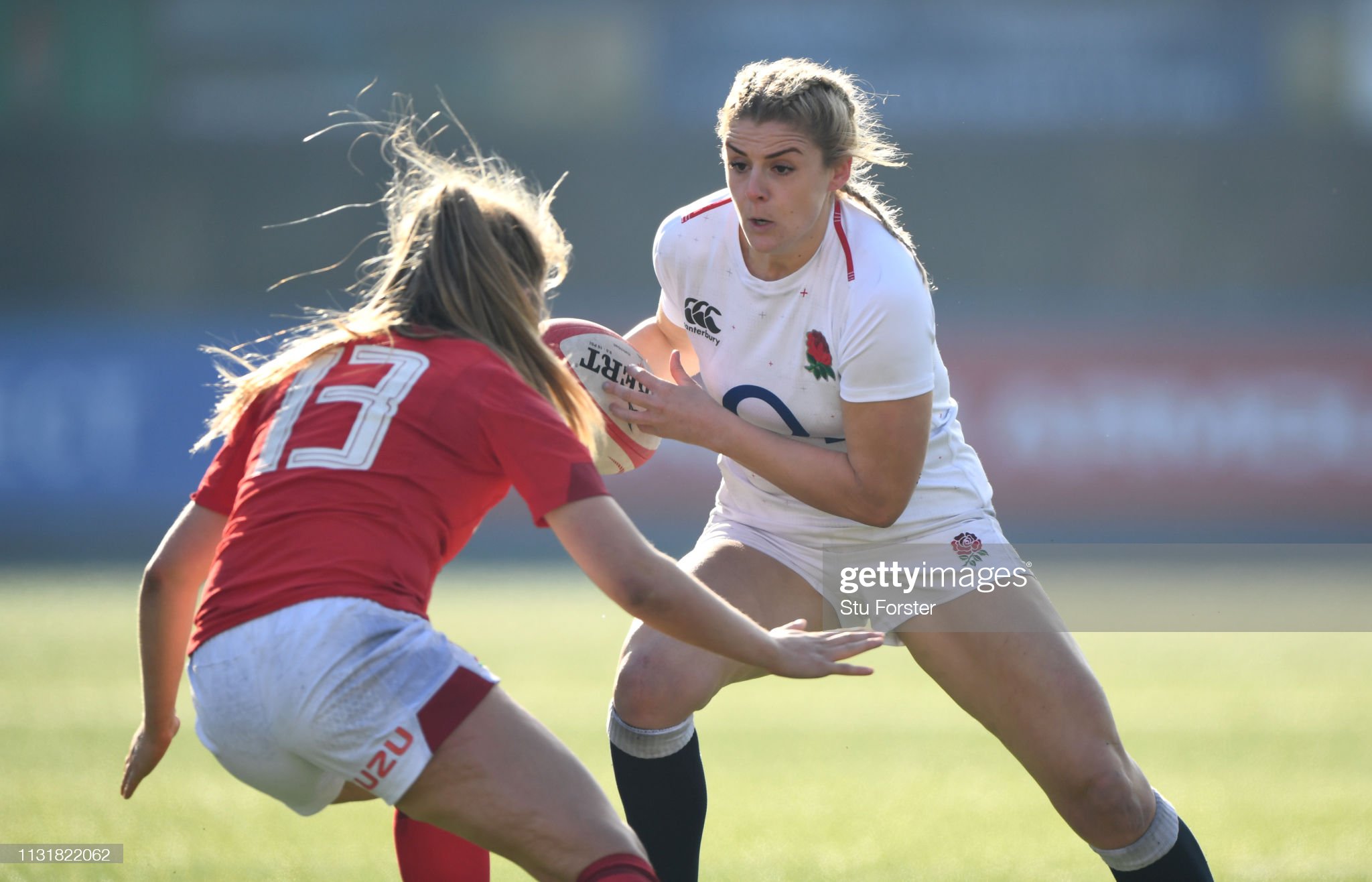 CARYS Williams-Morris will realise her Welsh rugby dream on Saturday – four years after England claimed she was living out their version with a red rose on her chest.

The 28-year-old will make her Wales debut against Canada in Nova Scotia, an ocean apart and a decade on from when she first played international rugby.

That was in the white shirt of England U20s against France in 2012. Six years later she made her senior England debut and in 2019 she played for the first time in the Six Nations – which just happened to be against Wales.

That was when her father, Wyn Williams – a Welsh speaker from Bala – gave the game away when it came to his daughter’s true national identity.

Williams-Morris – who will feature at centre against the Canadians in match streamed live by S4C – recalls: “My family came to support me, but they were all in their Wales shirts.

“They were all there, singing the Welsh anthem before the game and that kind of put a smile on my face.

“I came off the bench and the TV commentators said: ‘This is Carys Williams. She’s from a Welsh family but running on for England!’”

Look beyond the fact that she grew up in Derbyshire, learned her rugby at Burton RFC and Lichfield, and went on to win five senior England caps, it’s pretty clear that Carys Williams-Morris always dreamed of wearing the three feathers.

Like her father, her mother Bethan is a Welsh speaker, and ahead of youngest daughter Carys was her brother, Dewi, and sister, Angharad.

Yet, search online and it’s possible to find a World Rugby video entitled, “Carys Williams on Living Her England Dream.”

It’s only half right. She was certainly achieving her ambition of being a full-time professional international rugby player, but the shirt was the wrong colour.

Now, 10 months after the rules were changed to enable eligible capped players to switch allegiances after a three-year stand down period, another, more emotional Test debut, lays in store.

Carys Williams-Morris Given Green Light To Turn From White To Red With Wales https://t.co/AZdKtpgokg

“I didn’t really enjoy my time playing for England U20s,” she admits.

“I never really felt comfortable in that environment.

“I had wanted to play for Wales and make my family proud and I think it’s important to be honest and transparent with people.

“But I think anyone given the chance to play international rugby would take it.”

So, how did England get in first? Why were the Welsh Rugby Union slow off the mark? Who was unaware that pledging herself to an England age-group team would deny her the chance to win senior caps for Wales?

To understand the answers, it’s necessary to wind the clock back a decade to a time when countries were allowed to nominate a team that “captured” a player’s nationality.

Training session against @RugbyCanada 'excellent excercise' ahead of tough Test on Saturday
Click video for the latest from Halifax #HerStory pic.twitter.com/1pkiBV8mpw

When Williams-Morris was 17, she was approached by England to join their U20 squad. It seemed like a commitment that could be retraced, a road that could be doubled back on. But it wasn’t.

“When I was 20, I came out of that programme and went to an open trial in Wales,” she says.

“Rhys Edwards was coach at the time  – he’s now my club coach at Loughborough – and he selected me for Wales to play in a Sevens tournament in Biarritz.

“They then discovered that because I’d been capped at U20s for England that counted like a full senior cap and I wasn’t able to play for Wales.

“Five years passed, I played a lot of club rugby, and then I was called into the senior England set-up. I was 25 at the time and I checked again whether it was possible to play for Wales. It wasn’t.

“But it was a great opportunity to play for England. I was on a full-time contract with them for eight months in 2019 and won five caps.

“I loved rugby and I’d put in so much hard work. Before I got my England contract, I was working in a nine-to-five office job, doing admin. That enabled me to do my gym sessions and my rugby sessions at Loughborough and that was really tough.

This match will now be shown live online on S4C Clic, BBC iPlayer, S4C Chwaraeon Facebook and S4C YouTube channels. A highlight programme will be shown on S4C on Sunday 28 August

“All that worked paid off. I was offered a professional contract with England and it was kind of a relief. So, I took it.”

It is now three years since the last of those Red Rose appearances – and the rule change has suddenly made a second international debut possible.

Her parents are flying to Canada to see it and brother Dewi – who is based in Vancouver – is also jetting in from the west coast.

But what about those old England teammates, especially those who play their club rugby alongside her in Loughborough?

Two of them – Sarah Hunter and Emily Scarratt – just happen to be arguably England’s greatest ever female players.

“We play club rugby together and they think it’s a great opportunity.

🏴󠁧󠁢󠁷󠁬󠁳󠁿 Wales will open their Women's Six Nations 2023 campaign against Ireland and finish against Italy… how will they fair? 🏉#BBCRugby pic.twitter.com/ogUPiTgARj

“I’ve played with Emily Scarratt and Sarah Hunter since I was 18 and was playing at Lichfield. I will have to see what they say when I go back to Loughborough! Or maybe we’ll meet out in New Zealand at the World Cup!

“But they know I’m Welsh through and through. There was probably more stick given out when I went to play for England!”

Alongside her new status as eligible for Wales, Williams-Morris has also been awarded elite athlete status by her employers, the RAF.

It means she will be able to train full-time for club and country for the next year, a huge boost to both her and Wales ahead of the World Cup this autumn.

“In less than a year, I have gone from never being able to play for Wales to now, potentially going to a World Cup.

“The situation has flipped. But until I see my name in that squad, I will just focus on doing everything I can in training.

“I just hope this game goes well this weekend. When they play the anthem, I’ll be thinking how proud this will make my mum and dad. It’s going to be emotional.”