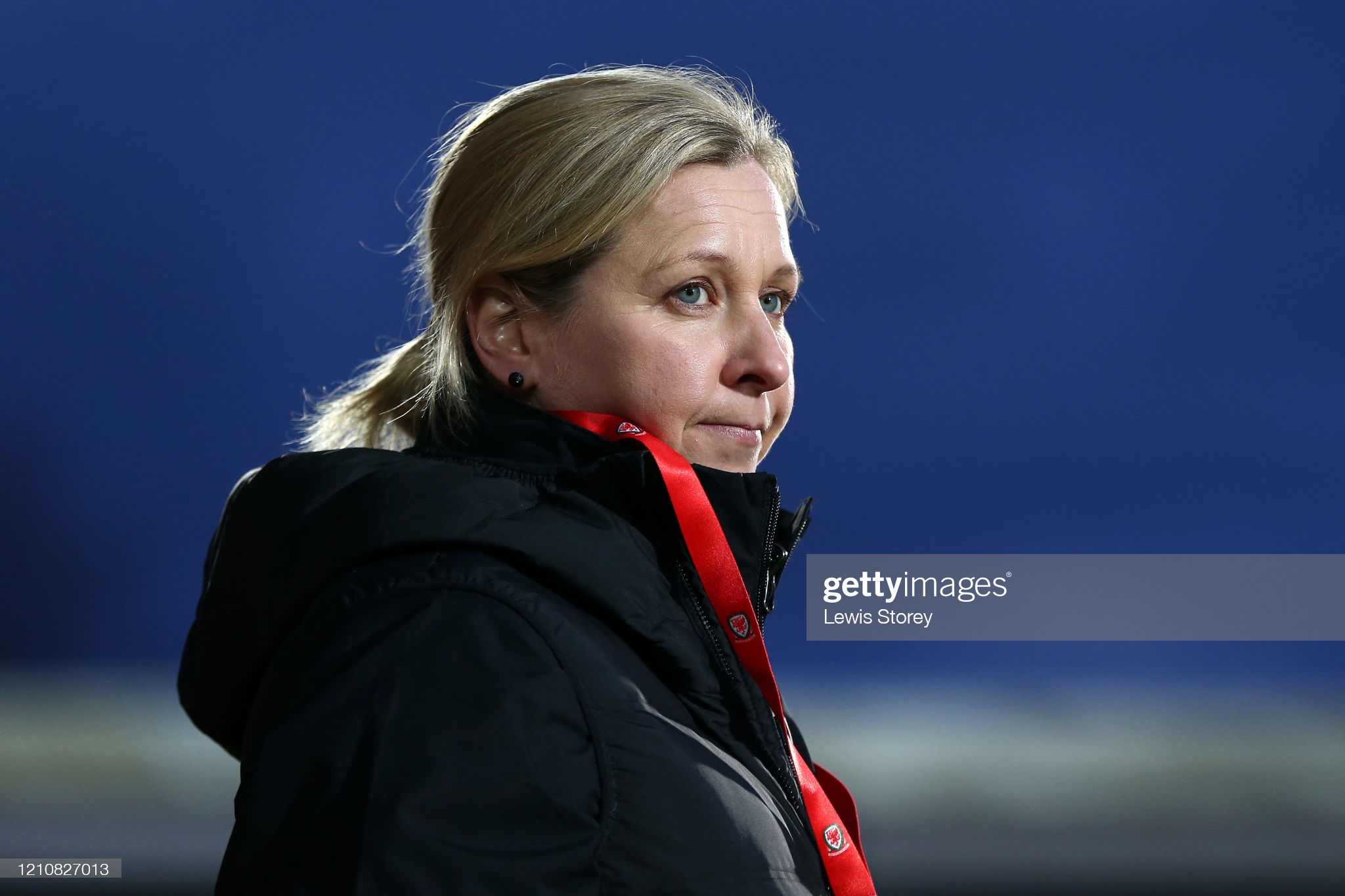 Jayne Ludlow stood down as Wales manager after taking side so close to qualifying for major finals. Pic: Getty Images.

Jayne Ludlow is heading towards a new role with FIFA after ending her spell as manager of Wales.

The Football Association of Wales has announced Ludlow has stepped down by “mutual consent” after six years in charge of the national women’s team.

Ludlow had been at the helm since October 2014 and became the first manager to lead the side for more than 50 games.

During that period Wales reached the top 30 in the FIFA Women’s rankings for the first time and her side narrowly missed out on a place in the 2019 FIFA Women’s World Cup.

But the 42-year-old was heavily linked with the manager’s job at West Ham last month, with some stories claiming she was on the point of being appointed.

That job eventually went to New Zealander Olli Harder and now, just a month on, Ludlow has left the job she has held since 2014.

Twice, she came close to taking Wales to the final of major tournaments for the first time, but she was also often frank in her assessments of women’s football in Wales and its lack of progress and support compared to other countries.

Ludlow said: “It has been a fantastic learning environment for me personally and I am proud of what we have achieved over the last six years as a group of staff and players, whom I want to thank.

“I am looking forward to the next challenges, one of which is an exciting opportunity I have to be part of a technical leadership team at FIFA.”

“My time as the national team manager has been an eventful and exciting journey. It has been an honour and an absolute pleasure to have worked with the staff and players across our age group and senior teams.

“There have been several highlights, including our first ever draw against England at Southampton and the magnificent victory over Russia in Newport in June 2018.

“I wish the squad well in the future and I feel that qualification for a first major final is not far away.”

Former Arsenal star Ludlow was Wales’ longest-serving women’s team boss, having been their first manager to surpass 50 games in charge, and has guided them up to 31st in the world rankings.

Under her leadership, Wales failed to qualify for a major tournament – as their wait for a first major finals continues – but they did mount their most competitive bids in modern times.

Her side finished second in their 2019 World Cup qualifying group behind England, having held England to a 0-0 draw at St Mary’s Stadium in April 2018, but they narrowly missed out on the play-offs as they were not among the four best group runners-up.

They endured another near miss in their bid to reach the next European Championships, finishing third in their group behind second-placed Northern Ireland by virtue of away goals in their head-to-head record. Northern Ireland will go on to the play-offs instead.

But there were obvious frustrations, also, with Ludlow often comparing her coaching department and position with that of rival nations who she believed had far more back-up and support.

Speaking to Dai Sport in 2019, she said: “Even though we are employed to do our job, we do another six jobs, too.

I was Sad when Jarmo left, I am sad now Jayne has left.

We are a better nation for you Jayne Ludlow.

“We don’t have the money to employ other people to do them. But they are hugely important to our main roles, so we have to do them.

“It’s a bit depressing, but you have to take everything in context. What would it cost to change that? Where is the money going to come from?

“We need to know if those pots of money are out there and are they just being used in the wrong way?

FAW chief executive Jonathan Ford said: “Jayne has played a huge part in the progress of the women’s game in Wales over the past six years, managing the side through three qualification campaigns.”

“The 2019 World Cup qualifying campaign enhanced the profile of the game throughout the country, inspiring young girls across Wales to play football for the first time.”

“Off the field Jayne has been a role model for the women’s game in Wales. We thank Jayne for all her hard work, dedication and vast contribution to Welsh football both on and off the field. We wish her well in the future.”

The FAW say there will now be a “thorough recruitment process” to select Ludlow’s successor.