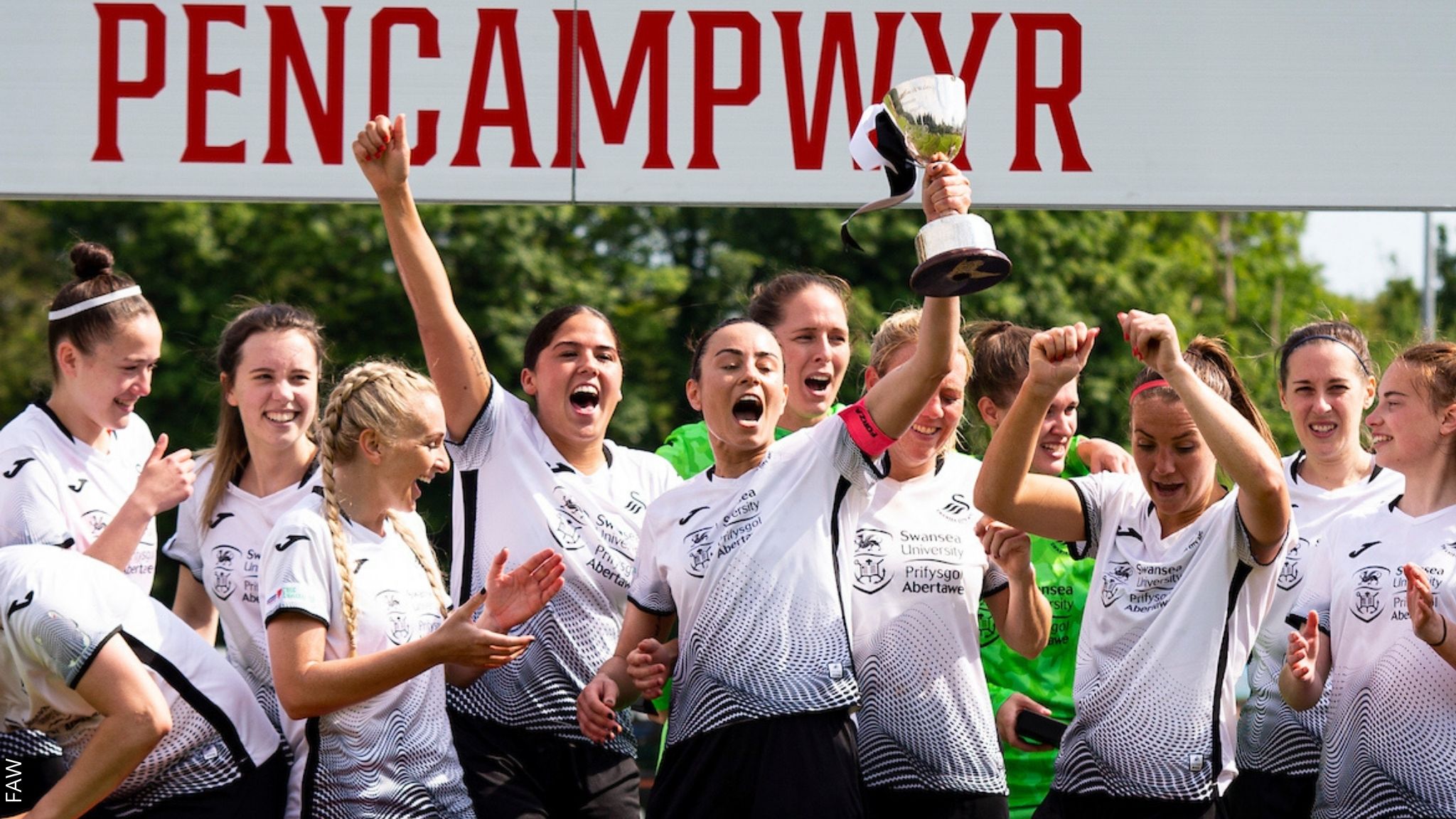 The Football Association of Wales have been compared to the owners of the failed European Super League clubs by angry women’s teams locked out of the new elite structure for the domestic game.

Cascade YC Ladies are one of a number of outraged established clubs who have found their place in the new order has been determined by an FAW committee, rather than results on the field.

Under new plans, Caerphilly’s Cascade, Abergavenny, and Briton Ferry Llansawel have all been dumped from the proposed elite top tier and replaced by new teams, one of which is yet to be created.

The plan – announced by the FAW in a statement put out on Bank Holiday Monday – has been met with anger and bitterness by many critical voices, not just from those clubs affected.

Starting from next season, the new Welsh Premier Women’s League will consist of eight clubs, selected by a panel.

Results and success on the field were considered, but they were only one of the criteria. Others included financial sustainability and facilities – although none of the three clubs kicked out have been given any details on which factors were weighted most heavily.

In a withering condemnation of the FAW process, Cascasde YC echoed the feelings of clubs and fans who protested against the bungled breakaway bid in the elite men’s game in April.

A club statement read: “To play at the top level must always come down to sporting merit, clubs should always earn their place through on field performances.

“However, it seems that “brand” and “badges” are more important than hard work, determination and results.

“We would like to thank the 20/21 WPWL teams who supported and encouraged us through our first season at this level and applaud you all on ensuring all matches went ahead safely for players and staff during a global pandemic.

“It’s disappointing that Women’s Premier League status was not safeguarded like the JD Cymru man’s league . . .

“We have recently seen the reversal of plans for proposed leagues that “invite” an elite few teams to go against the core principles of competitive sport and look after their own interests by competing in these leagues that exclude the smaller teams and organisations.

“Healthy competition should be the only deciding factor when teams have satisfied the requirements for a league, and not the size of the club or the whim of those making the decisions.

“As a club, we do not, and will never, support decisions made to reorganize a league on a selective non-competitive basis.”

The contempt for the FAW’s selection process has not been restricted to those left out of the new elite format.

Even those clubs who have survived the re-jig – such as Port Talbot Town Ladies FC – have voiced sharp disapproval.

Their manager and UEFA B licence qualified coach Hayley Williams said: “In my opinion, if you meet the criteria for the league, nothing other than sporting merit should count when deciding who is in your national league.

“As much as I’m delighted that Port Talbot have been given a place in Tier 1 for next season, I can’t help but feel for the three teams who’ve been demoted.

“I stand by them and agree that the decisions made by the FAW have been strange to say the least. I’m not convinced in the slightest that these decisions will make the leagues more competitive.

“The three teams have earned their right to dine at the top table after winning their respective leagues to get there.

“No team should be hand-picked and put at that top table without earning that right on the field.”

Abergavenny, who finished fourth in the 2020-21 WWPL, are unhappy at having lost their top-flight status, having been placed instead in Tier 2 South.

In a club statement Abergavenny said: “We passed the FAW Tier 1 licence application, a process that was levied at clubs during a global pandemic. This meant that our infrastructure and facilities were not in question.

If it’s an “open” selection process, why aren’t they publishing the actual scoring club by club? @AbergavennyWFC are getting royally shafted.

“Devastatingly we were not hand-picked as one of the eight teams. However, two clubs that have been selected have never played in the top tier of Welsh Women’s football.

“The scoring matrix used for the selection process has been requested by the club which will give us the ability to focus on what the FAW felt our shortcomings were.

“To date, our scoring and the actual scoring matrix used by the FAW have been withheld from all clubs. This is an unfair process which we feel is unclear and not transparent.”

The new structure sees eight teams placed in the top tier, including newcomers Barry Town United and The New Saints.

Heavy weighting appears to have been given to clubs with a track record in men’s football rather than women’s.

In a statement issued on Monday, FAW head of women’s football, Lowri Roberts admitted sporting success was not the only criteria.

She called the other factors “robust club structures” but gave no details on what these consisted of.

She said: “Through implementing an open application process for entry into the new leagues, a club’s place was not solely down to sporting merit but also robust club structures.

“It has made clubs review their entire structure, playing pathways and the provision they provide players. As a result, all clubs will be collectively striving to continuously improve standards in a competitive environment.”