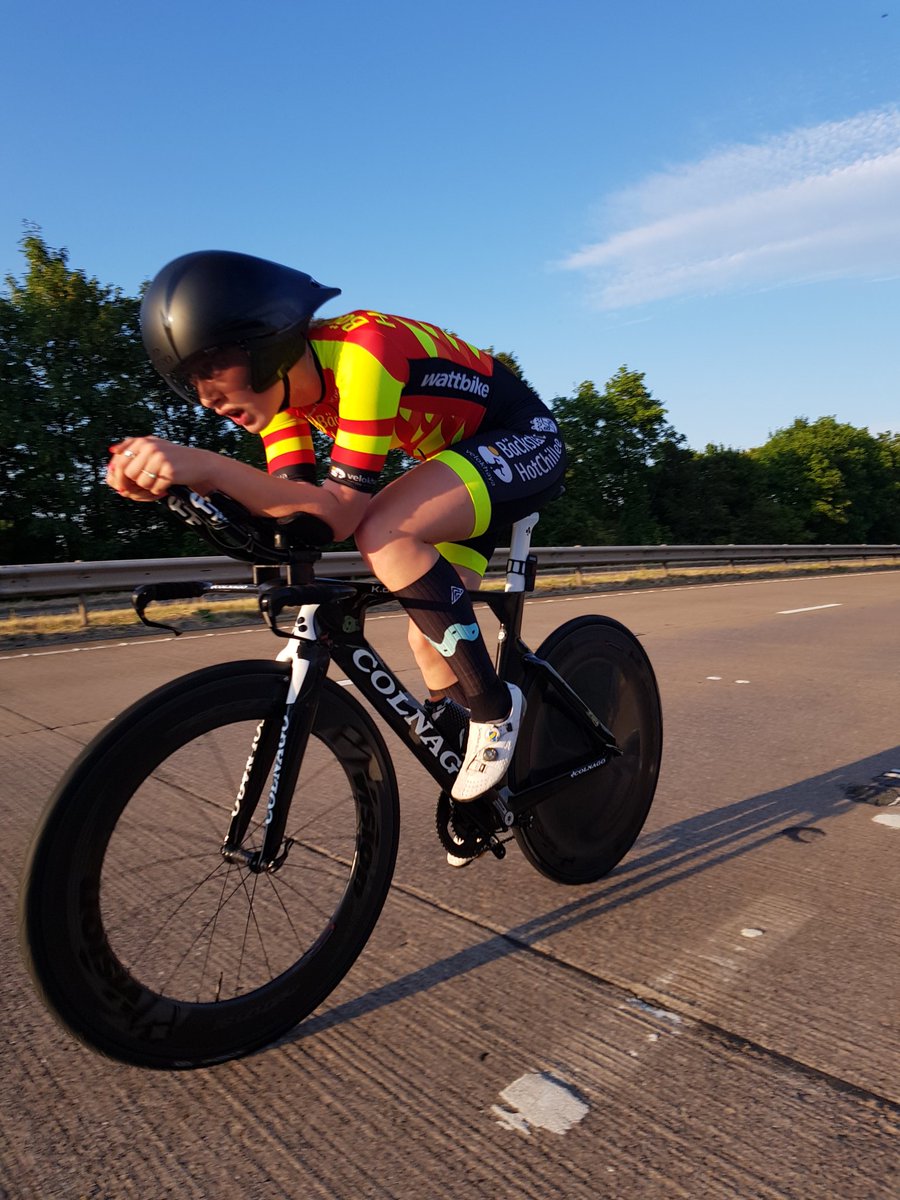 Elynor Backstedt is off to the World Junior Championships in Switzerland.

Elynor Backstedt was born to be a cyclist.

Her Dad won the Paris-Roubaix classic, and picked up stage wins in the Giro D’Italia and Tour de France, while Mum, Megan, won the British road race title and competed for Wales at the Commonwealth Games.

But as big an influence as they have been in her career, when she gets on the start line at the World Junior Championships in Switzerland later this month it will be the inspirational Geraint Thomas’ Tour de France victory that will be uppermost in her mind.

Thomas offered a strong message to the young cyclists at his former club Maindy Flyers moments after clinching the title last weekend when he said: “Dream big”.

That struck a chord with Elynor, who will be one of four Welsh cyclists in the British team with Ethan Vernon, Zach Bridges and Ella Barnwell heading to Aigle between 15-19 August.

“I’m in the Team Pursuit, Individual Pursuit and reserve for the Madison,” says the 16-year-old Elynor, who is another star in the making who launched her career on the Maindy track.

“It was fantastic watching Geraint winning the Tour de France and when he told us all we had to ‘Dare to Dream’ it certainly hit home. When I get on the start line in Aigle I’ll be thinking about him, what he said and how he has proved that anything is possible.

“Knowing he started at my old club just gives me even bigger hope that I can achieve my goals.”

Elynor cycled down to Maindy Stadium with her younger sister, Zoe, to join in the celebrations last Sunday and not even the pouring rain could dampen their enthusiasm.

They then turned up at the track again on Monday to help coach the youngsters who were also dreaming of following in the tyre tracks of the world’s most talked about, and admired, cyclist.

Nicole Cooke is the only other Welsh cyclist who knows what it is like to win a race of such magnitude.

Wales’ greatest sportswoman not only struck gold in the road race at the Olympic Games and World Championships in a magical three week period in 2008, but also the female equivalent of the Giro (2004) and Tour e France (2006, 2007).

Pontyclun-based Swede Magnus Backstedt is the only other male cyclist in Wales who knows what it is like to win a stage in one of the Grand tours. He is best placed to put Thomas’s recent achievement in proper context.

“What he has just done is on a par with winning the Wimbledon singles title in straight sets or coming home first in the Monaco Grand Prix,” says Backstedt.

“Triumphing at the Tour de France is right up there with those major global sporting achievements.

“It is the biggest thing in our sport – a step above winning Olympic gold or a World Championship road race title. You have to be an exceptional athlete to win any of the three-week long Grand Tours.

“Winning a stage was well within my reach, but there are only 1% of cyclists who are capable of winning the Tour de France. Everyone in the sport just looks up at a yellow jersey winner.

“I thought Geraint was definitely capable of winning the Tour one day, but this year it all depended how things played out between him and Chris Froome.

“Team Sky played a blinder by sending Geraint out in the Alps in the first few days while everyone was keeping an eye on Froome.

“We are going to see more youngsters wanting to get into the sport in Wales as a result of Geraint’s win and maybe people will now begin to realise just how big a sport cycling is universally.

“What people have bought into with ‘G’ is that he so grateful to have been able to get to this point.

“He looked after everyone else in his team for so many years. He is such a laid back person who wears his heart on his sleeve and that’s why everybody was so pleased to see him get his shot.”

Backstedt formed his own team three years ago to try to bridge the gap between the ages of 16 to 23 when so many young riders often struggle.

His two daughters now wear his team colours, with the 14-year-old  Zoe showing off her talent at the British championships in Newport last week by smashing her big sister’s British record in the U16 Individual Pursuit.

Magnus Backstedt was born in Linkoping Sweden in 1975 and became a professional cyclist in 1996.

Magnus showed signs of his talent in the spring of 1998 by placing 7th in the Queen of the Classics – Paris-Roubaix. He went on to win a stage of the Tour De France that year and officially hit the big time.

Magnus or ‘Maggy’ continued his successes as a professional for a number of years before claiming his greatest win, the 2004 Paris-Roubaix.

In 2007 Magnus became Swedish National Road Race Champion and went on to win a stage in the Giro d’Italia in 2008. Three years ago he formed Team Backstedt in South Wales.