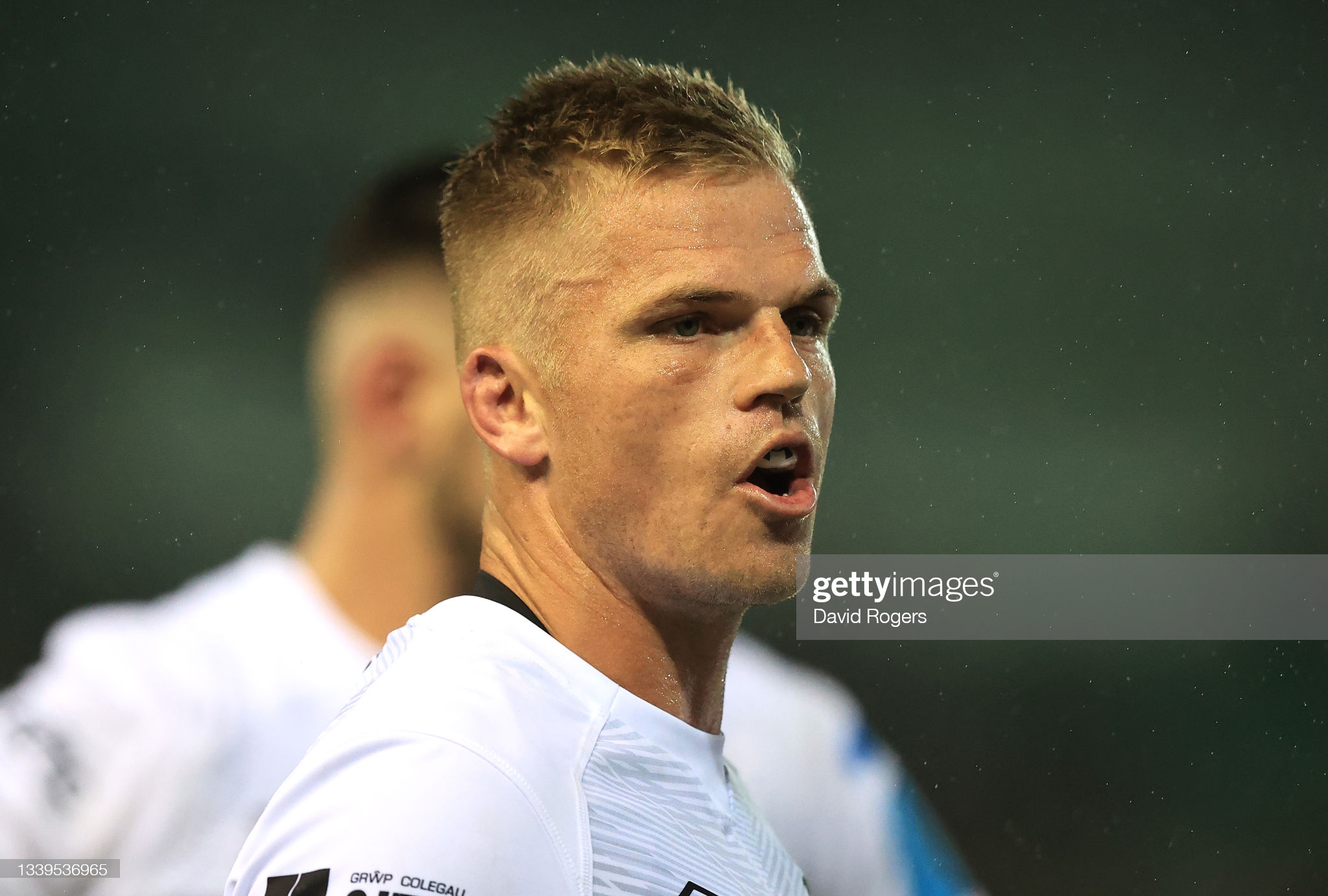 Gareth Anscombe has come through the mental and well as the physical tests and is ready for his competitive comeback, according to Ospreys coach Toby Booth.

The Wales fly-half will line up at No.10 for the Ospreys in their opening United Rugby Championship clash when they make a derby trip to Rodney Parade to face the Dragons on Sunday.

New Zealand-born Anscombe made his return to the pitch for the first time since August 2019 when Booth’s men met Northampton Saints in a pre-season friendly.

And he is now ready for domestic league action in what will be a huge Welsh derby.

“For the last three to four weeks Gareth has trained every minute of every week and for us, that’s great,” said Ospreys head coach Booth.

“The game with Northampton was more of a psychological test than anything and he came through that with flying colours. We’ve got some resources in that area now where we didn’t previously.

“The only thing that matters in all this is Gareth. We all want the same thing so we have to manage him and our expectations. If we can keep him healthy, he will get better minute by minute.”

Anscombe is joined in Booth’s starting line-up by tighthead prop Francis and Morgan with experienced Ospreys scrum-half Rhys Webb captaining the side.

Wales lock Adam Beard – who featured for the British & Irish Lions in South Africa this summer – makes his return among the replacements.

Booth added: “The original fixture list had us playing three South African teams – two away and one at home – so we were prepared for what was going to be a monstrous onslaught from a psychological point of view.

“The players are excited because this is what they get out of bed for – to challenge themselves against the best in front of crowds and put their best foot forward.

🐉 TEAM | Here are your Dragons 🐉 for our opening derby day fixture 🆚️ @ospreys in the @URCOfficial. 🙌

“That brings a natural excitement and we are starting a new competition with some new opposition coming in so there is a lot of freshness to what we are all going to experience this season.”

Wales lock Will Rowlands will join Aki Seiuli, Mesake Doge, Lewis Jones and Jordan Olowofela in all making their competitive Dragons debuts against the Ospreys.

Ross Moriarty will captain the side in the six jersey and is joined in the back-row by Ollie Griffiths and No 8 Aaron Wainwright.

Dragons director of rugby Dean Ryan is hopeful his team can hit the ground running after an impressive pre-season which saw them beat Gallagher Premiership side Wasps.

“The decision to look at two really tough fixtures as our pre-season was framed around not having guys with us as early as we are used to,” said Ryan.

“We had 10 representatives in international rugby in the summer and therefore we needed to get up to speed quickly.

“We couldn’t afford to amble as we had before when giving lots of people opportunities in pre-season.

“We needed to get very quickly to the side we are looking at for Sunday.

“I was pleased and there were elements against Wasps that were very good. There are areas to tighten up but the performances give us confidence.”