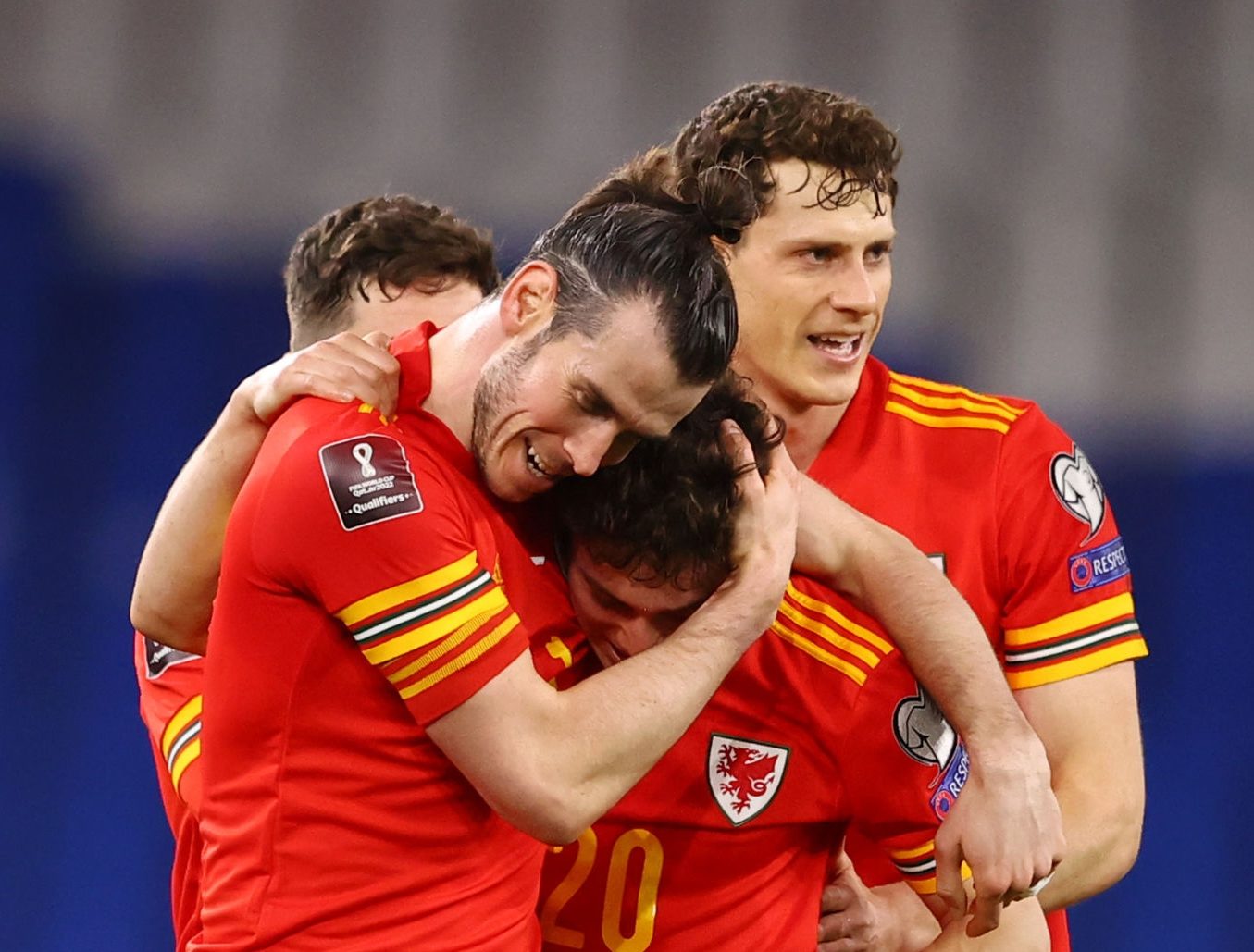 James headed home Bale’s cross nine minutes from time to get Wales’ campaign up and running after their opening defeat in Belgium last week.

Both sides had been reduced to 10 men following separate second-half incidents – Patrik Schick for the Czech Republic and Wales wing-back Connor Roberts.

There was drama at the death when Tottenham defender Joe Rodon blocked a shot by Ondrej Celustka at point-blank range.

It was a heroic piece of defending that ultimately prevented Wales dropping two points in what is shaping up to be a tight group, with only the winners qualifying automatically for Qatar.

“It was a massive result, we didn’t get off to the best start against Belgium, so it was massively important to get the win,” said Bale after Manchester United winger James had scored the first headed goal of his senior career.

“We showed a lot of heart and desire to match a very physical team.

“It was very chaotic, especially second half, but we were ready and kept going until the end and the most important thing is to get that winner.

“We need to win games to qualify and we want to win every game, football doesn’t always go the way you expect it to.”

It has also been achieved without manager Ryan Giggs, who has missed the last two international camps with Robert Page put in caretaker charge.

Giggs was arrested at the start of November on suspicion of assault, allegations which he denies, and has been bailed until May 1.

“Pagey has kept us focused despite what is going on off the field,” Bale said.

“The win is just what we needed. We were focused and we stuck to our gameplan and got the win.”

Page has had a difficult week with Hal Robson-Kanu, Rabbi Matondo and Tyler Roberts sent back to their clubs on Monday after breaching Football Association of Wales protocols.

But Page said: “It’s not tough when you’ve got a group of players like we’ve got. They’ve been first-class since November from when I took over in temporary charge.

“I didn’t expect Dan to score with a header, but what a goal. And Joe Rodon’s block at the end was as good as a goal.

“That’s what defenders do. Sometimes you’ve got to throw your body on the line and what a block it was.”

Czech Republic manager Jaroslav Silhavy criticised Schick for lashing out at Roberts and seeing red three minutes into the second half.

Roberts was sent off 13 minutes from time after collecting a second booking.

“He is an experienced player and he can not raise his hand like that,” said Silhavy, whose Czech side had opened their Group E campaign with victory over Estonia and a draw with section favourites Belgium.

“I am going to scold him a little bit because I think this influenced the match a lot. In the second half we could not press on, even if we conceded the goal when it was 10 against 10.

“We let Bale get in the cross and James was not covered. It’s a pity. We had chances at the end, but unfortunately we did not have time to score and overturn the result.”