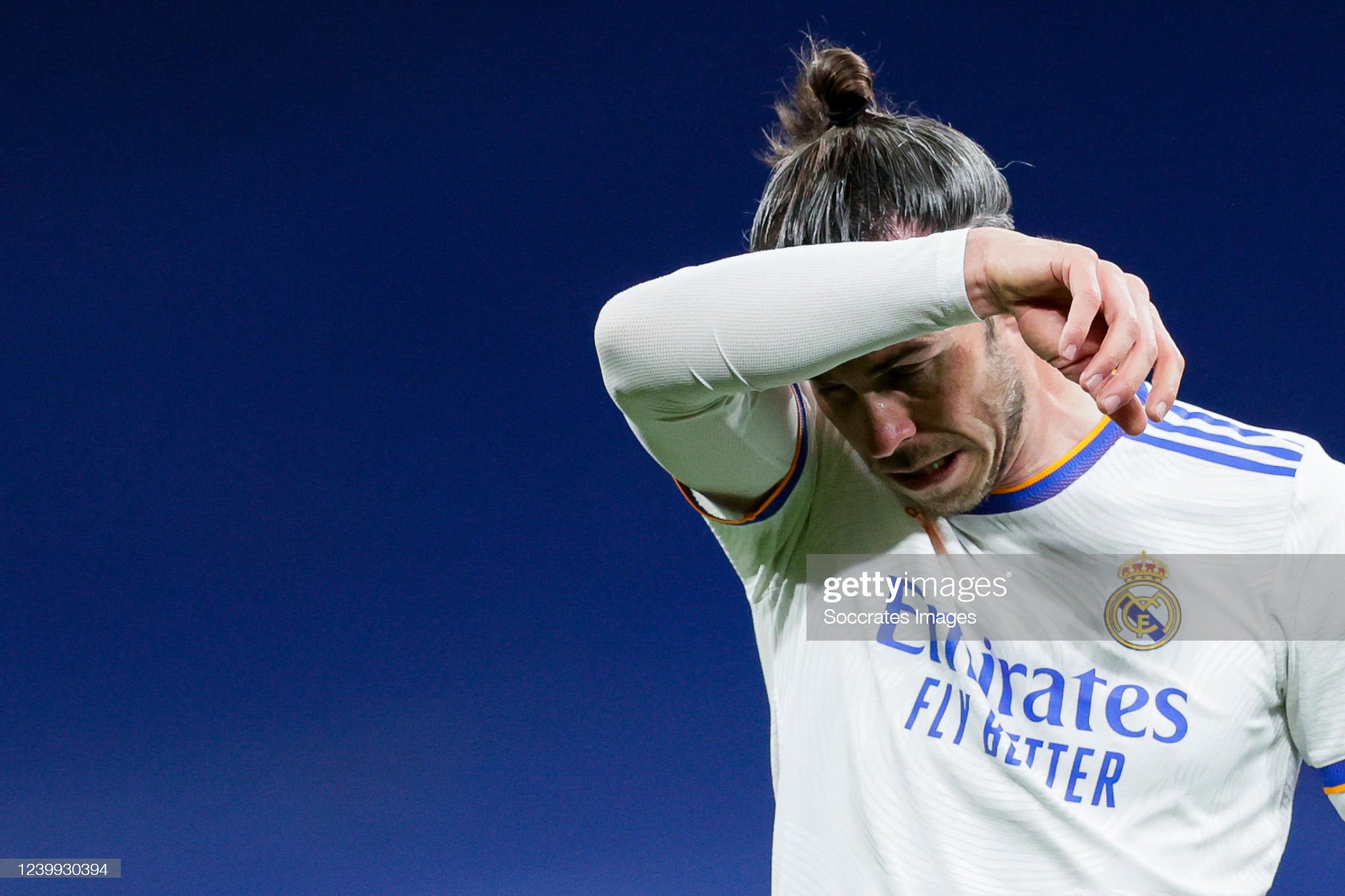 Gareth Bale during his most recent match for Real Madrid against Getafe. Pic: Getty Images.

Gareth Bale is counting down the days to the end of his time at Real Madrid – and he doesn’t have many to go. What next? Stuart Taylor believes the Cardiff City option makes sense, especially if you’re a Wales fan, but maybe less so if you’re his agent on a large commission.

Why is Wales superstar Gareth Bale still being linked with a move to the Championship and Cardiff City in the summer?

Well, for a start his Real Madrid nightmare will draw to a close in a few weeks’ time, as his current contract expires, and despite being touted as a target for any number of clubs, nothing has yet been agreed.

Since signing for the Spanish giants on deadline day in 2013 for a then world-record transfer fee of  €100.8m (£85.1m), it’s fair to say  – thanks largely to the Spanish media – Bale’s time in Madrid has not been classified as a resounding success.

That is despite notching up 14 trophies during his stay with the La Liga side which has seen him make over 250 appearances, score 106 goals. and provide 67 assists.

Yet, some in the club’s fanbase and Spanish media have taken a distinct hatred to Cardiff-born Bale.

It would have been hard to envisage such a stance by the Los Blancos supporters back in 2014 when he helped their team lift the Champions League trophy with a 4-1 win over arch-rivals Athletico Madrid after extra-time.

It was super-sub Bale’s match-winning header from an acute angle that helped confirm Real as the first club to claim the trophy for the tenth time – La Décima.

On this day in 2014, Gareth Bale did THIS. pic.twitter.com/9ejLhPIcax

It is hard to fully fathom why the Spanish media became hellbent on discrediting the Welshman when you consider he has bagged more silverware than Zinedine Zidane, supplied more assists than David Beckham, and netted more goals than Brazil’s Ronaldo during his time in Spain.

Okay, most of Bale’s success came during the early stages of his stay in the Spanish capital but when your own fans boo and whistle you when you are making a run down the line which led to setting up a goal, you have to question their sanity.

It has been levelled at Bale that he only turns it on for the big games. But this accusation could be thrown at any number of top-level sportsmen.

It seems the Spanish media were out to get Bale no matter what he did.

A fierce critic on Spanish radio first used the words: Gales, Golfista, Madrid as a way of highlighting how they viewed Bale’s priorities.

It is fair to say the man himself did little to dispel the theory when he was pictured with a Welsh flag that read: Wales, golf, Madrid, but surely that was an attempt at humour more than an admission of the truth.

Having said that, labelling Bale “a parasite” for sucking the club’s money during his stay at the Bernabeu seems on the deep side of harsh to say the least.

Gareth Bale looks like a lost puppy completely disconnected from the team. It genuinely is sad. pic.twitter.com/rANx8q1k6s

When Bale’s deal expires at the end of June it will be the end of a turbulent Spanish adventure for the man who can arguably lay claim to being Wales’s greatest ever sportsperson.

Many are predicting he will simply retire at the end of the season to concentrate on golf and his many business interests but after scoring twice for Wales in their 2-1 World Cup play-off against Austria it would be foolish to back the retirement route.

Big clubs around Europe could afford to offer him first team football along with the silly wages his agent will no doubt try to negotiate.

Tottenham, Newcastle, AC Milan, Rangers and Barcelona have all been touted as possible destinations for Wales’s No.11 but I think a shock return to the Welsh capital could still be on the cards.

While a move to Barcelona would no doubt cause a stir in Spain – particularly when you consider that Bale has become something of an unlikely cult hero among Barca fans due to his nonchalant attitude in response to the way the Real fans have treated him – it seems far-fetched.

But with Wales still in pursuit of reserving their place at the top table for what will surely be the strangest of World Cup feasts in Qatar in November, a little four-month deal at Cardiff City could be served as a mouth-watering appetizer.

Let’s examine the facts. Bale is Cardiff-born and openly admits to being a Cardiff City fan. Leading up to the recent South Wales derby he was urging Bluebirds manager Steve Morison to make sure they beat the Jacks.

History tells us that they didn’t even come remotely close to doing so as Swansea won 4-0 and in doing so became the first club to do the derby double in 110 years.

Morison is about to lose most of his best players as they return to their parent clubs and needs to rebuild. Constructing around Bale would at least give an eye-catching cornerstone.

“He’s a historic player. When you whistle him you’re whistling at the history of this club.” pic.twitter.com/igpDZSIAQx

Another factor is that Bale owns a property on the outskirts of Cardiff which is just a short distance from the training ground and 20 minutes from the Cardiff City Stadium.

He has also recently opened up a new golf-themed bar called Par 59 in the capital, which follows the opening of his Elevens Bar & Grill close to the city’s castle in 2017.

With only a short four-month stint being proposed, Bluebirds owner Vincent Tan could well see the logic in shelling out some of his reported £1.6 billion wealth on signing free-agent Bale.

The media circus which would follow a Bale to Bluebirds Roy of the Rovers-style transfer would raise the profile of a struggling club. The shirt sales alone may make it a viable option.

Granted, Bale won’t be able to command anywhere near the £528,000 per week he is gaining from Real at a struggling Championship club, but with a reported net worth of £145m it’s not like he will be slumming it if he took a drastic pay cut.

Even the most diehard Swansea City supporter should be secretly hoping that Bale signs for who they refer to as “them lot up the road.”

Because the decision won’t likely be made until after that play-off final against Scotland and Ukraine.

If it’s Cardiff, then it means Wales have qualified for their first World Cup finals since 1958, something everyone in Wales can celebrate and not just fans of Cardiff City.

One thought on “Gareth Bale To Cardiff City Makes Sense For Every Wales Fan . . . Even Those At Swansea City”