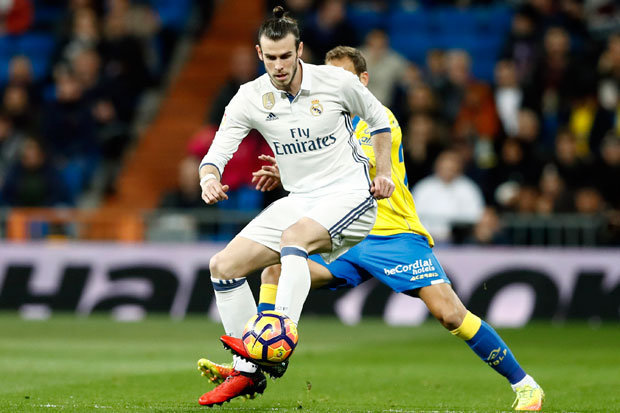 Real Madrid manager Zinedine Zidane has hailed Gareth Bale’s time at the Spanish giants as ‘spectacular’ insistng he has no issues with the Wales ace.

Bale is still finalizing the loan move back to his former club Tottenham having flown into London on Friday.

The move will finally bring to an end Bale’s deteriorating relationship with Zidane and Real Madrid seven years after he became the world’s most expensive footballer in a £85m move.

In that time Bale won four Champions League trophies – scoring in two of those finals – as well as two La Liga titles and also netted a spectacular winner in a Cope del Rey final against arch rivals Barcelona.

The 31-year-old scored 105 goals in 251 games for Real, but the latter years of his time at the Bernabeu have been blighted by fitness and his relationship with Zinade after the Frenchman returned as manager

“What he has done here has been spectacular,” admitted Zidane. He’s won a lot here at Real Madrid. Nobody can erase what he’s done at this club.

“He was never a weight on my shoulders. It’s true that he didn’t play as much as he could have last season because we have a squad of 25 players. But these are things that happen in football.”

Bale was close to leaving the club to join Chinese side Jiangsu Suning last season before the move was called off by Madrid.

But asked if Bale has stayed one season too long in Spain, Zidane added: “No, I don’t think so.

“If he stayed then it was for something. The most important thing is what he wants to do. Things have to be done together, a balance between the club and the player. legacy.”

And despite Bale having flown to London to be rapturously received by Tottenham fans, Zidane insisted the deal – with the Seria A outfit reputedly paying half of his £600,000 a week wages – was not done yet.

“Gareth is our player for the moment. It’s not done, I cannot say more. The situation is not firm.”