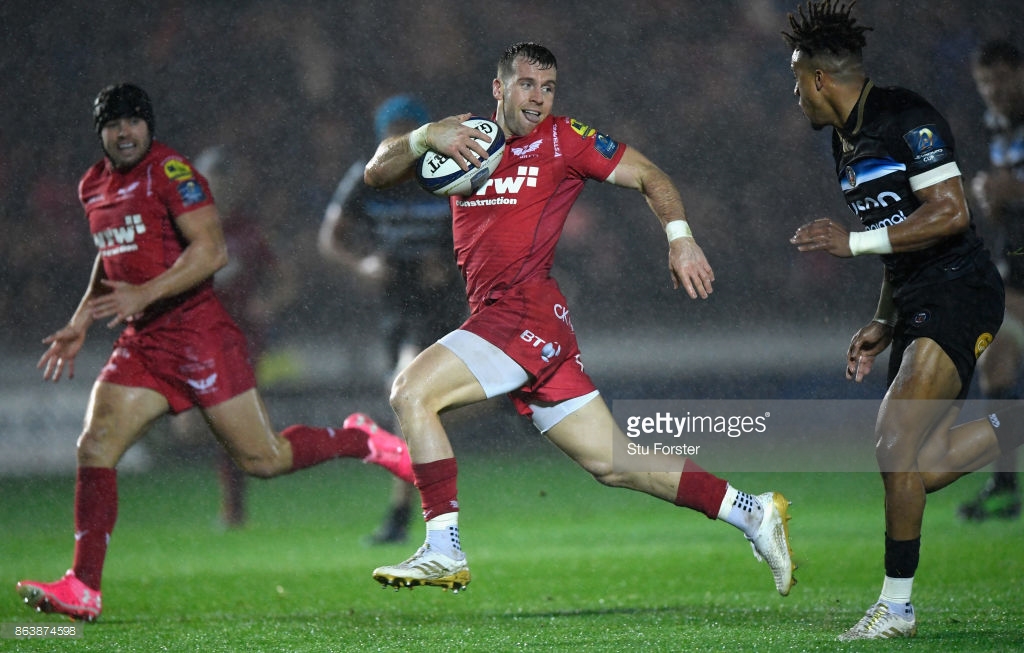 Gareth Davies has backed Wayne Pivac to turn things around with Wales and says the evidence for his optimism lies in the coach’s impact with the Scarlets.

The Wales scrum half, fresh from another superb try to cap his 200th appearance for the Scarlets at Bath in the Heineken Champions Cup last weekend, has admitted Pivac’s men weren’t where they wanted to be when they gathered for the autumn internationals.

Wales lost their first three games, to France, Scotland and Ireland, beat Georgia and then went down to England. They won their final game but didn’t really manage to finish with the anticipated flourish against Italy.

“We came into camp and everyone would agree that as a squad of players we probably weren’t quite there physically,” said Davies.

“We were quite slow and not where we wanted to be, but after a long break over lockdown and a handful of PRO14 games it was a big step up to come into the international environment.

“I think that showed in the first couple of games, but we showed improvement and defensively we were a lot better against England. It was nice to see a bit of line speed.

“It was the same against Italy and in that game we played a bit more rugby. It was nice to finish with a comfortable victory and that will give us confidence going into the Six Nations.

“It’s not going to happen overnight and we’ve said this all along. It did take a while when Wayne started with us at the Scarlets, but we know how good things were when they did finally click.

“Hopefully, that will start with the Six Nations.”

Wales kick-off their 2021 Six Nations campaign with a home assignment against the Irish at the Principality Stadium.

Pivac got off to a flying start in his inaugural Six Nations match earlier this year with a 42-0 triumph over Italy, but the Irish will be a much tougher task.

Wales pair Liam Williams and Johnny Williams hope to recover their fitness by the start of the Six Nations in February, but it will be a close run thing, according to Scarlets head coach Glenn Delaney.

Full-back Liam suffered an ankle injury against Italy, while centre Johnny pulled out of the fixture pre-match with a calf issue. The pair are set to miss the Christmas and New Year regional derbies.

Wales open their Six Nations campaign against Ireland on 7 February, while the Scarlets, who face Toulon on 15 January and Bath eight days later, could have a rearranged Pro14 match against Leinster on the final weekend of January.

“If we look at the last two rounds of Europe, let’s aim for that,” said Delaney.

“It still might be in the balance at that point in time. We want them back as quick as we can and I know the lads will want to beat those targets, but if we looked at some time around then, that would be a fair assessment.”

Delaney and the Scarlets will be without Wales forwards Jake Ball and Samson Lee when they host Toulon in the European Champions Cup on Friday.

Lock Ball and tight-head prop Lee are having head injury assessments after coming off during Scarlets’ win at Bath last Saturday.

The six-day turnaround has ruled them out of contention, while they follow HIA procedures.

One thought on “Gareth Davies Backs Wayne Pivac To Turn Wales Around . . . But Scarlets Pair In Danger Of Missing Six Nations Start”