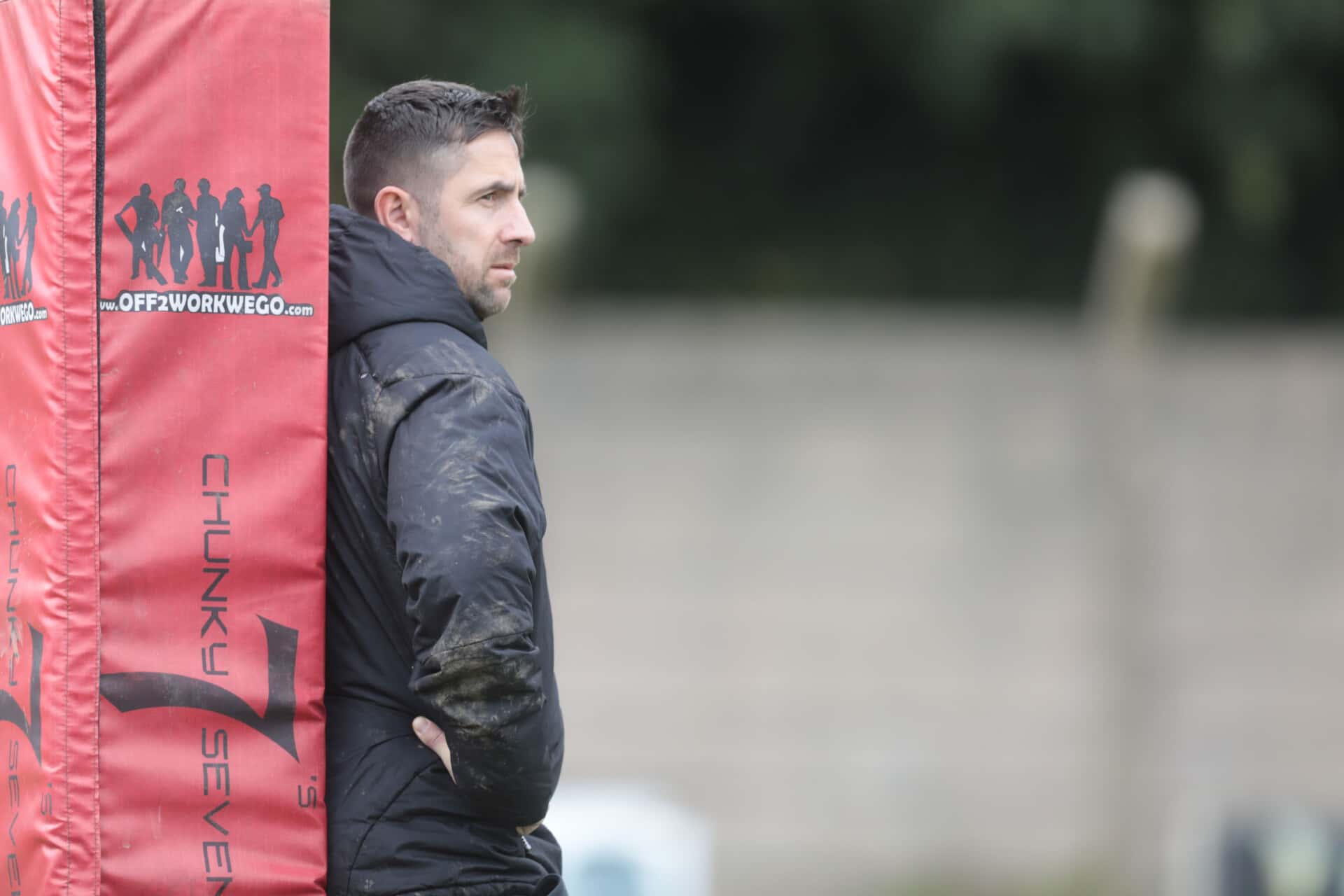 Gareth James has scaled the heights of semi-professional rugby in Wales and is one of the most prolific points scorers that level has ever seen.

Having spent nine years as a semi-professional representing Narberth, Bonymaen, Neath, Llandovery, and Ebbw Vale James was rewarded with a Welsh Crawshays cap, while he was also chosen for Glamorgan County and the Classic Lions Bermuda.

But home is where the heart is with the 40-year-old choosing to end his career back where it all began at his local club Ystalyfera.

“Ystalyfera is my home club and I started off playing for their first team when I was 16,” he said.

“I always wanted to give something back to the club. My dad Noir played over 500 games for the club, so this club runs in my blood.

“I’ve taken the club from division four south-west to the Championship, and we played at the Principality Stadium in the cup as well.

“You learn a lot from going back to local rugby and in my opinion not enough semi-pro players go back to play local rugby because it’s beneficial for their development.

“I just got the foundations right. It’s important to have a good team around you and players who want to play for the jersey.

“I was at Neath and Narberth a short time but what I learnt was regardless of what you do on the field it comes down to how you prepare off the field.

“First and foremost, you need to get a bit of togetherness in the squad, and I tried to bring that to Ystalyfera. As soon as I had that I was lucky enough to have some talented players play for us.

“It’s definitely down to hard work.”

The veteran outside-half is the top points scorer in the club’s history scoring 2,004 points, beating his dad Noir’s record. Rugby is the heartbeat of Ystalyfera as a village so holding such an impressive record means a lot to James who insists he thrives on the pressure of goal kicking.

“I love the pressure of goal kicking. When I was at Bonymaen I broke the record of the most points ever scored for them in a Championship year.

“I probably play better when I kick. All I am now is a bit of a good influence on the boys. I’m just giving the boys a bit of direction.

“One of my biggest philosophies as a coach is fitness. My day-to-day job is being a fitness coach and I work with boys from the age of seven all the way up to 90.

“Too many boys in Wales turn up to training on a Wednesday or a Thursday to get fit, but my philosophy is you’ve got to be fit to play rugby in the first place.

“I’ve played at a high level in the Welsh Premiership and that was great but it’s such a huge honour to have achieved what I have with my hometown club, and to overtake my dad’s points scoring record is very special.”

Ystalyfera’s rise up the Welsh leagues has been nothing short of remarkable, but they have endured a shaky start to their season which leaves them winless. And James insists the club need to realise how far they’ve come and must consolidate themselves as a Championship club.

“So far it has been a difficult season for us because after we won the Championship, we lost a few boys who retired, and a few boys went to Neath,” he said.

“So, our recruitment policy is we can’t pay players, so we have to pick up some boys from the lower divisions. It’s a huge jump from division two to the Championship.

“We have a great group of boys, but it’s been difficult to transition them into the Championship. We’ve tried to implement a new game plan which is different to what we’ve played the last 10 years.

“We’ve unearthed some good 17-year-olds this year who are also training with Swansea. I think we’ve got to bring the youngsters through and if they go onto better things then great.

“For me as a coach we’ve got to be realistic we are never going to get to the Premiership on our budget. For us, there is a group of six or seven teams in the bottom half who we can beat.

“It’s about safety and consolidating ourselves in the Championship while we’d also like a run in the cup this season.”