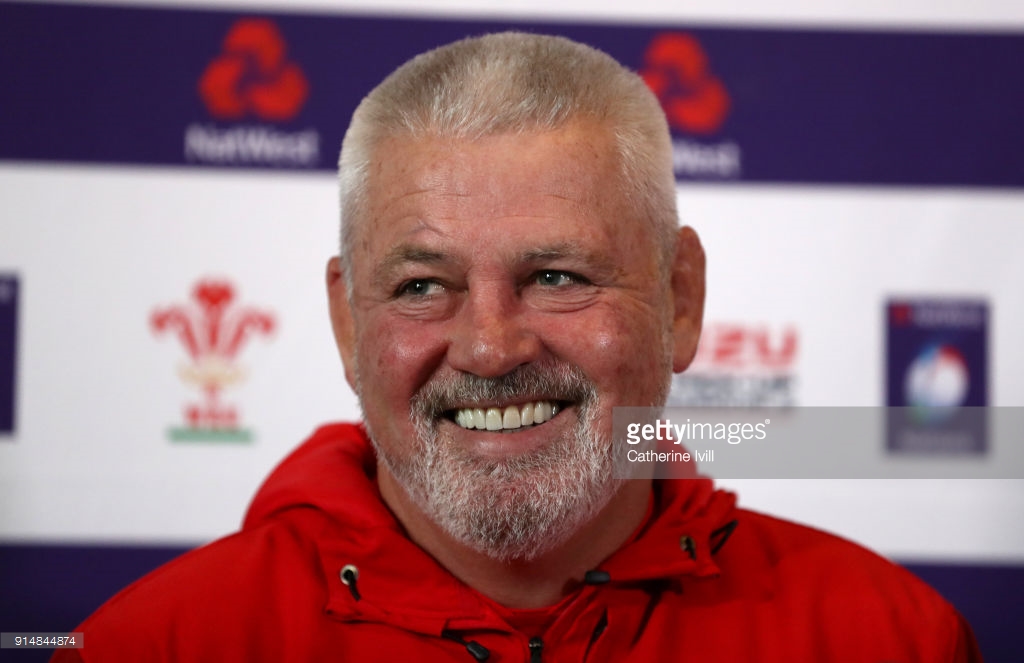 As the countdown to next year’s Rugby World Cup continues, Warren Gatland looks to have an embarrassment of riches at his disposal. In his regular column for Dai Sport, Robin Davey runs his experienced eye over the squad announced for the upcoming Autumn Series.
Coach Warren Gatland has now unveiled his squad for the four-match series, starting against Scotland on November 3, and although a huge total of 17 players were either ruled out by injury or overlooked he has still chosen a squad he believes is capable of achieving a grand slam of victories next month.
Australia, Tonga and South Africa will provide the other opposition.
Perhaps the unluckiest player out is Dragons back row forward Ollie Griffiths, the former Wales Under-20 captain who has been in outstanding form this season and has even impressed Gatland.
But he has fallen foul of the major strength in depth in the back row which has also accounted for the non-selection of Wasps flanker Thomas Young.
Gatland also pointed out that Dragons back row pair Aaron Wainwright and Ross Moriarty have been named in the squad and that the Dragons need to win some more games.
But omissions, even from a 36-man squad, are not confined to Griffiths and Young.
Bath trio Jamie Roberts, Rhys Priestland and Luke Charteris all miss out as do Owen Williams, hardly used by Gloucester and a possible Dragons target for next season, Jarrod Evans, though he will act as cover for Rhys Patchell who has been out with concussion, Sam Davies and Kristian Dacey.
Added to those nine are eight more players who could not be considered because of injury, though they could be added if they recover in time and get a game under their belts.
Into this category come Hallam Amos, Scott Williams, Owen Lane, Seb Davies, Josh Navidi, Aaron Shingler, James Davies and Taulupe Faletau.
The sudden depth in the Wales squad and the quality of players now available can’t be better illustrated than in the back row.
Faletau, Shingler, Navidi, all of whom featured in last season’s Six Nations, plus Davies are injured while Griffiths and Young were overlooked.
Yet Gatland can still pick Justin Tipuric, Ellis Jenkins, Aaron Wainwright, Ross Moriarty and Dan Lydiate.
That’s almost an embarrassment of riches and shows the depth which Gatland can now pick from.
Yet for all that he still managed to unearth a couple of uncapped players, one a real bolter.
Ospreys wing Luke Morgan had been flagged up as a real possibility after transferring from the Wales sevens squad and performing really well.
But when Jonah Holmes’ name appeared on the list there was an immediate chorus of ‘Who?’ And once that question was answered and the full list announced few could resist the temptation to call it a detective squad with the appearance of Holmes and Moriarty!
A complete out-of-the-blue choice, Holmes, it turns out, is a big wing or full back playing for Leicester, his fifth club, but a player Gatland has had his eye on and believes he can further add to the squad depth.
Holmes qualifies through a Welsh grandmother and Gatland said once he contacted him about possible availability he was keen.
The coach is looking at players who can double up for the World Cup like wing/full back, tight and loose head prop, lock and back row and all over the back row.
He found some answers during the highly successful summer tour. Now he’s looking for more in the autumn series. It all adds up to quite a heady cocktail as Wales moves into World Cup mode.