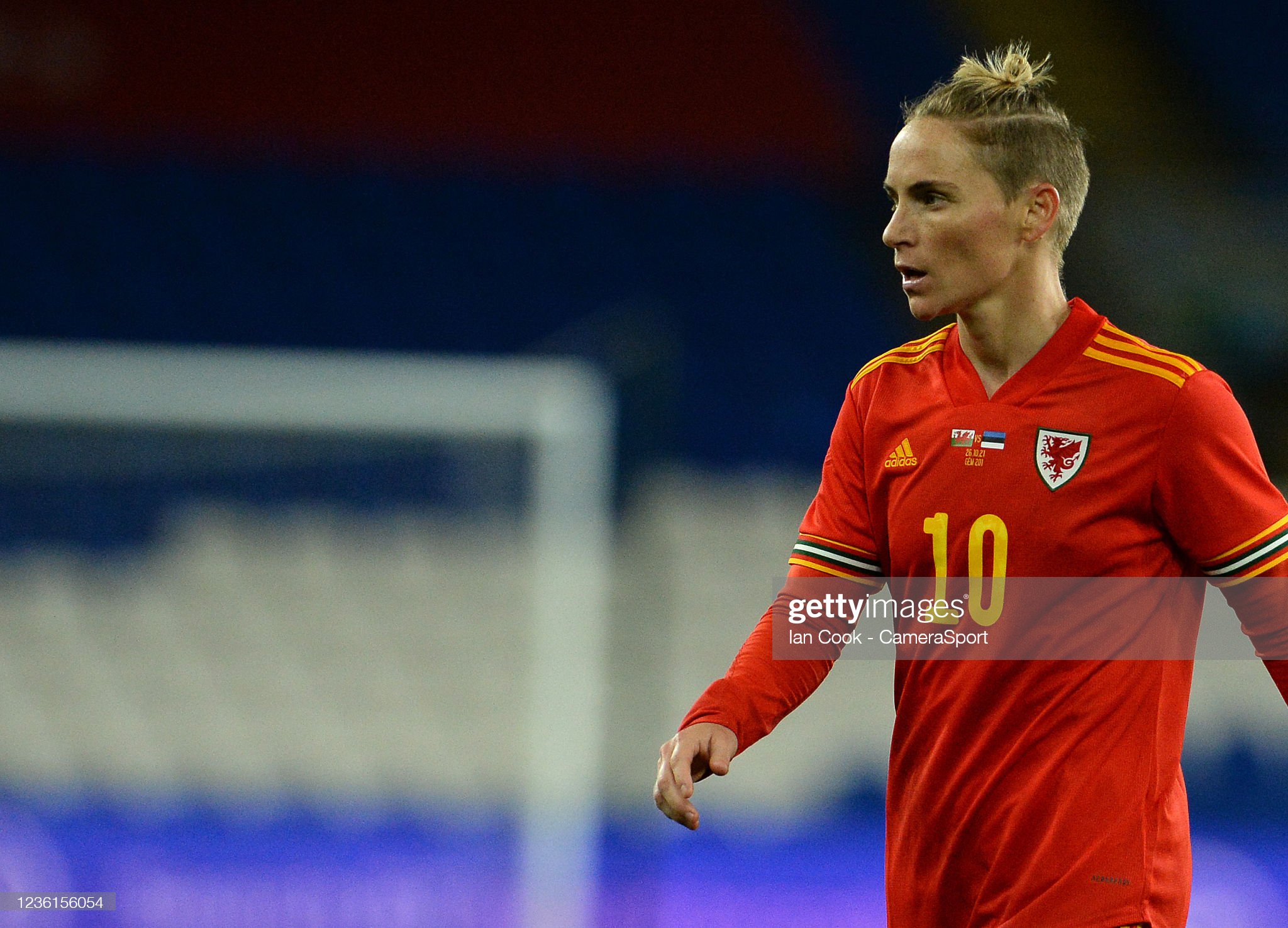 Gemma Grainger has applauded the strides being made by her Wales team after they booked their place in the Pinatar Cup semi-finals in Spain.

The Wales manager was full of praise for her players after they came back from a goal behind to beat Scotland 3-1, with two goals from Jess Fishlock.

Wales’ semi-final opponents will be Belgium after their 4-0 win over Slovakia.

Grainger watched as her team showed a growing ruthless streak – making the most of their opportunities against the Scots as they recovered after Lana Clelland had put Scotland ahead.

Fishlock equalised in first half stoppage time from the penalty spot, then put her side ahead in the 53rd minute before Natasha Harding grabbed the third with a clever finish.

Reigning MVP with ✌️ on the day@JessFishlock x @Cymru pic.twitter.com/70HVaTI7Nb

“The key thing for us in these games was to keep the focus on what we want to do in the World Cup campaign, so of course the win was positive but I am looking at all the learning we can take out of this game.

“When we play against higher-rank opposition, it’s such a good opportunity to see how we are developing and we’ll take that into the next game, in this tournament and most importantly into the [World Cup] campaign.

“We are showing signs as a team that there are different things we are learning in each game.

“We know we are capable of scoring goals. Being clinical and scoring three against higher-rank opposition is a real positive.”

Only going to get better 🙂

Wales will now play the Belgians in the semi-finals of the friendly tournament in San Pedro del Pinatar, in the Spanish region of Murcia.

In the other quarter-final tie on Wednesday afternoon, the Republic of Ireland overcame Poland 2-1 thanks to Louise Quinn’s winning header from a Katie McCabe cross.

The Republic of Ireland will face Russia, who beat Hungary on penalties after a 2-2 draw, for a place in the final, on the opposite side of the draw to Wales.