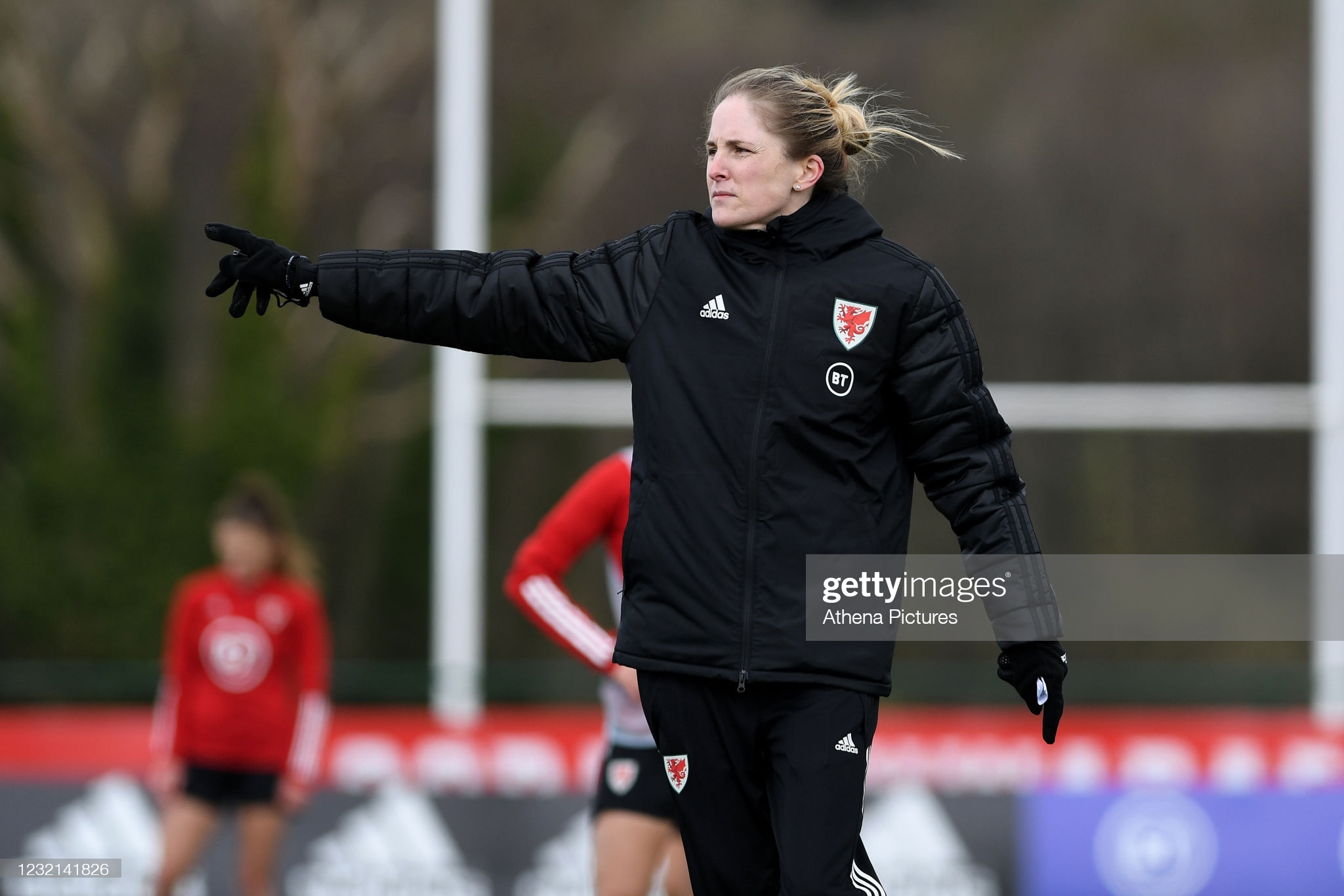 This month marks a fresh era for women’s international football in Wales as new manager Gemma Grainger begins her reign in charge of the national team.

Work has started this week, when Grainger – who has worked across the England development teams for 11 years – prepares to take charge of her first matches before the 2023 World Cup qualifiers begin in September.

Wales host Canada, on Friday, and Denmark next Tuesday – which will give Grainger the chance to see her new side in action for the very first time.

“This group of players’ desire and passion to represent their country is one of the most exciting things about them as a group because it’s such an amazing foundation to work from,” she says.

“As a coaching team, the level of motivation and commitment that these players have is just phenomenal and the most exciting thing,

“One of my biggest passions is getting people to fulfil their strengths and giving them confidence in their ability.

“I was captain at Durham and very much a leader on the pitch, giving people praise and making sure they felt supported, but I kind of took that to another level as a coach.

“I’m very person-first. If you know people well you can push them to get the best out of them.

“My No. 1 goal is to inspire the next generation of female players and coaches and that’s pretty much what I wake up every day wanting to do.”

Grainger’s appointment may have been a shock to some people given her involvement with England, but for those who may not have heard too much about her, she appears a shrewd appointment.

The 38-year-old had already mounted up an impressive CV before making the switch from Lionesses to the land of the red dragon, by cutting her teeth as a coach with Middlesbrough and then Leeds United.

Now she is ready to embark on a new era after stating that qualifying for a major tournament is her main objective as the new Wales boss.

She may not be a name familiar to some Welsh fans, but she has vast experience, having held a UEFA Pro License since 2016, as well as gaining valuable domestic coaching experience.

This will only stand her in good stead when working with Wales’ youth prospects, although the FAW have confirmed that Grainger will not work with the age-group sides initially, unlike her predecessor, Jayne Ludlow.

“How she’s carried herself with us, with our group is nothing short of, quite frankly, phenomenal” pic.twitter.com/izfsclSRdL

During her 11-year spell with the FA as age-grade girls’ head coach and as assistant when England women’s senior team reached the Euros semi-final in 2017, she worked with plenty of talented players.

They include England set-piece specialist Fara Williams, Arsenal duo Leah Williamson and Beth Mead and Lyon star Jodie Taylor, who is now widely regarded as one of the best female players in world football.

With the 2023 World Cup qualifying campaign looming, it could be the last chance for the more senior players of the current Wales squad – the likes of Natasha Harding, Jess Fishlock and Helen Ward – to feature in a major tournament.

Their dedication has been obvious and their input huge, but Grainger will now also be looking for a new core of younger players to take the squad forward.

Grainger’s era will get underway against Canada at the Leckwith Stadium on Friday (KO 18:00) whilst the match at Denmark will take place at the Cardiff City Stadium on Tuesday (KO 19:15). Both matches will be available to watch on the BBC Sport website and iPlayer.