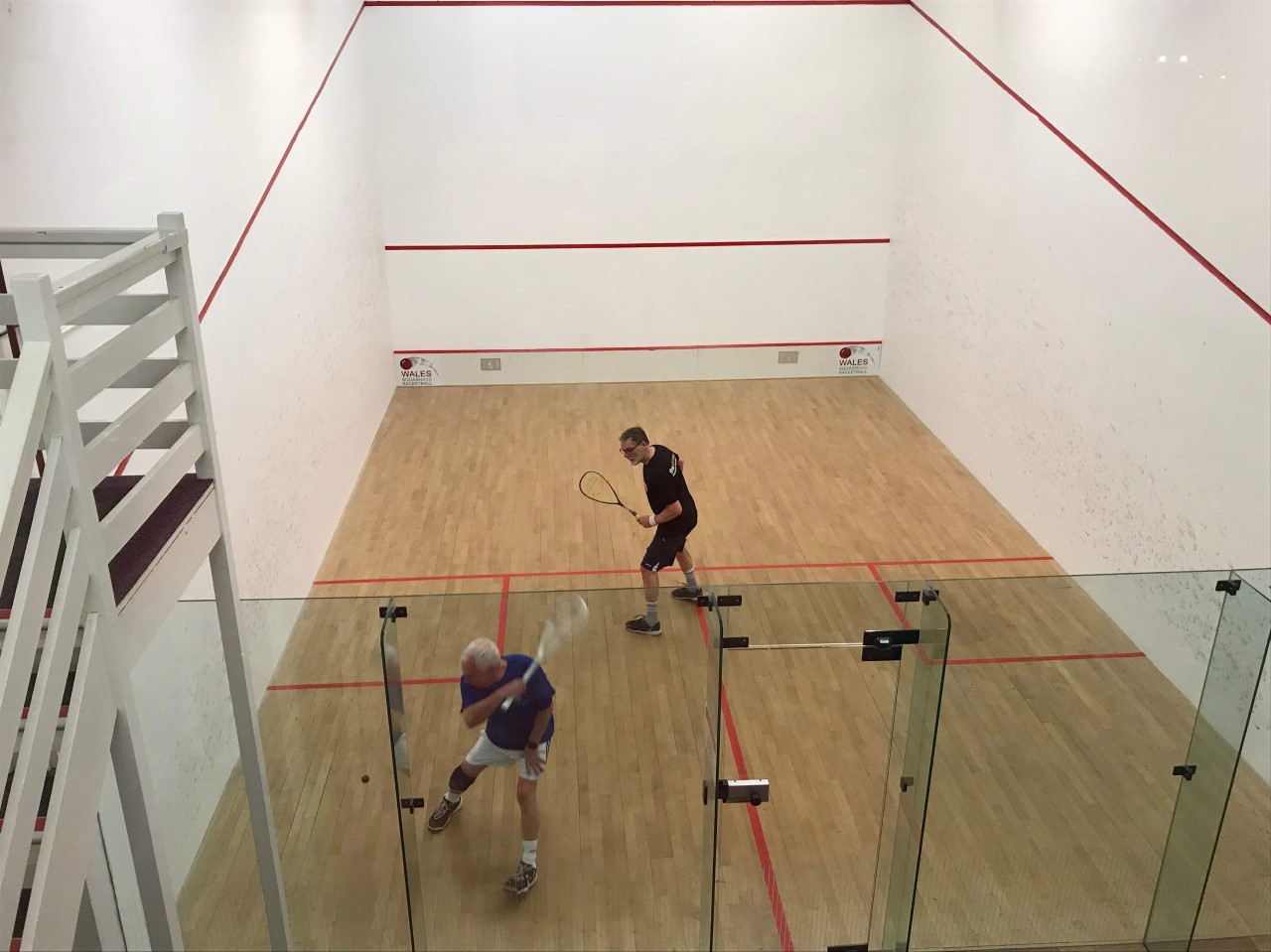 Wales squash champion Geoff Perrett is the pride of Porthcawl – at the age of 70.

Remarkably, Perrett lifted the national over-70s title trophy after being ruled out for more than a year because of a serious illness that required surgery.

There were 12 entries in the recent Welsh men’s over-70 event and third seed Perrett lifted the trophy after three wins including a 15-9, 15-0, 13-15, 17-16 triumph against second seed Leighton Jenkins.

Perrett’s success means he will return to the Welsh Masters international team and he said: “Becoming Welsh champion means everything to me after more than a year out through illness.

“I was diagnosed with bowel cancer in November 2019 had the operation at the Princess of Wales Hospital, Bridgend during December.

“That was followed by eight months of chemo at Velindre. I missed playing squash, the people, training, matches and more.

“One of the driving forces for me to get back, along with my family, was to play again. That was the top target outside my family.”

World class squash referee Roy Gingell, from Maesteg SRC, described Perrett’s achievement as “remarkable”, adding: “We had the highest ever entry for the age group and he won the Welsh title. He’s amazing.

“Geoff has only just started playing again after his bowel cancer operation kept him out for a year.”

Perrett has been playing squash for 44 years. He won his first Welsh international caps at the age of 57, playing for the Wales over-55s team in the Home International Championship matches against Ireland, England and Scotland in Dublin.

Darren Thomas, a club-mate of Perrett’s at Porthcawl SRC, also won a Welsh title by lifting the men’s over-40s crown.

Former Welsh Squash director of coaching and development Mike Workman, who retired earlier this year after 21 years with the national body, is the Wales over-60s champion.

The Welsh Masters were played at Swansea Tennis & Squash Club