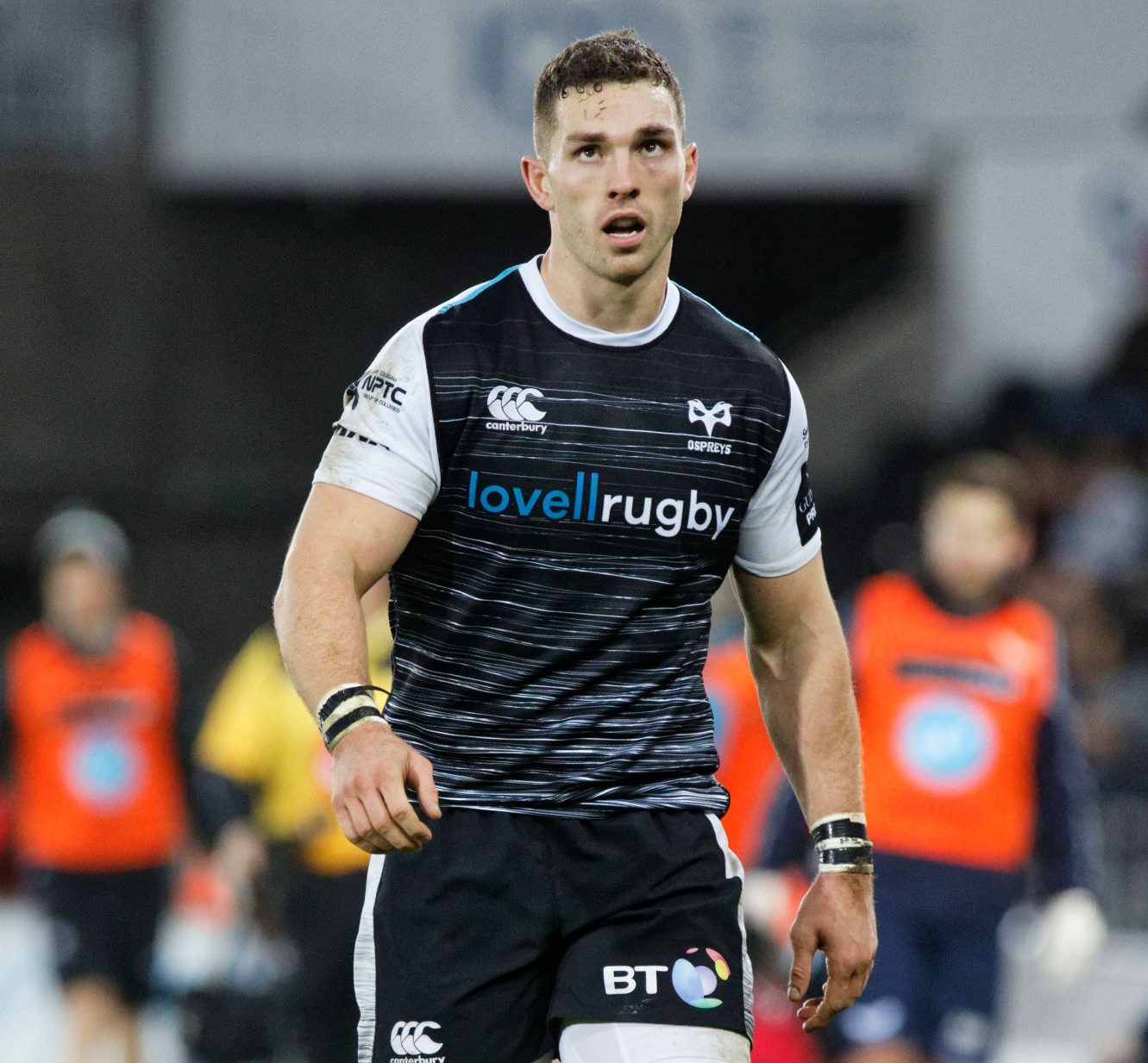 George North was sent off for the first time in his career. Pic: Getty Images.

George North has apologised to his Ospreys teammates after the red card that undermined the region’s chance of victory in their first match for five months.

The Wales wing held up his hands after being dismissed just 14 minutes into Sunday’s Guinness Pro 14 clash at home to the Dragons, which ended in a 20-20 draw.

It was the first red card of North’s 10-year professional career and it came after the 29-year-old, playing in his 254th professional game for club and country, sent opposite number Ashton Hewitt into a tail-spin as he clattered into him at a kick-off at the Liberty Stadium.

Ospreys head coach Toby Booth said: “”George is disappointed and he has apologised to the team and everybody knows George is not a malicious guy.

“There was so much to be positive about and a lot to be unhappy about. The number one thing to takeaway was the character shown.

“Moments change games. It did not matter what I made of the red card. The man made the decision and we move on.”

Dragons director of rugby Dean Ryan claimed the dismissal also affected his players through a lack of composure in a contest where mistakes were far too frequent for both coaches’ liking.

Our team discuss… a half of highs and lows for George North!

A red card for a mistimed tackle on Ashton Hewitt, who has since returned to the game

Second half coming up next on Premier Sports 1 #OSPvDRA pic.twitter.com/eiYrE8fRJh

“The red card made us try and make every play a big play and we showed some inexperience and exuberance,” said Ryan.

“It (the red card) was pretty obvious. I always feel for somebody in that situation because I don’t understand what I would do, but in terms of the law it is a red card and don’t think it needs any further debate.

“Credit to Ospreys. You look at Stephen Myler and the way he shut the game down when it goes into a kicking contest. We need to be better at that.

“We dropped a lot of ball and gave them opportunities to stay higher up the field. If we take those chances, we build more pressure and get more chances.

“Ultimately, when we do move, we look very dangerous. It’s just getting that balance right, putting pressure on another side and seeing moments when we get a great opportunity.

“If this was a pre-season game, I would be talking really positively and I’m not going to lose that just because it’s a local derby.

“I am pretty pleased with some of the performances –some of the young guys had never played at that intensity against the likes of Alun Wyn Jones and Justin Tipuric.”

North had barged his way over for the opening try of the game after only seven minutes, but then miss-timed his aerial challenge on Hewitt from the re-start following the Dragons’ wing’s 20 metre dart to the line.

Hewitt did a complete mid-air somersault and referee Adam Jones, taking charge of his first Guinness PRO14 fixture, had no option other than to show North the red card.

It was the Ospreys’ first game in 184 days and now North faces another month or more on the sidelines.

Wales head coach Wayne Pivac was at the Liberty Stadium to see the second game of the Welsh regional derby weekend.

gets a last gasp try to earn @dragonsrugby a draw against Ospreys!

Having seen two scrum halves limp out of the Scarlets’ 32-12 win over the Blues the previous day, the last thing he would have wanted was to see another front line player facing a suspension.

Gareth Davies (buttock) and Tomos Williams (shoulder) both picked up injuries at Parc y Scarlets, but both should be fit to face Scotland at the end of next month in the re-arranged Six Nations match.

A second try from Hewitt for the Dragons in the 79th minute allowed them to share the spoils as Ospreys new head coach Booth was denied a debut victory at the death.