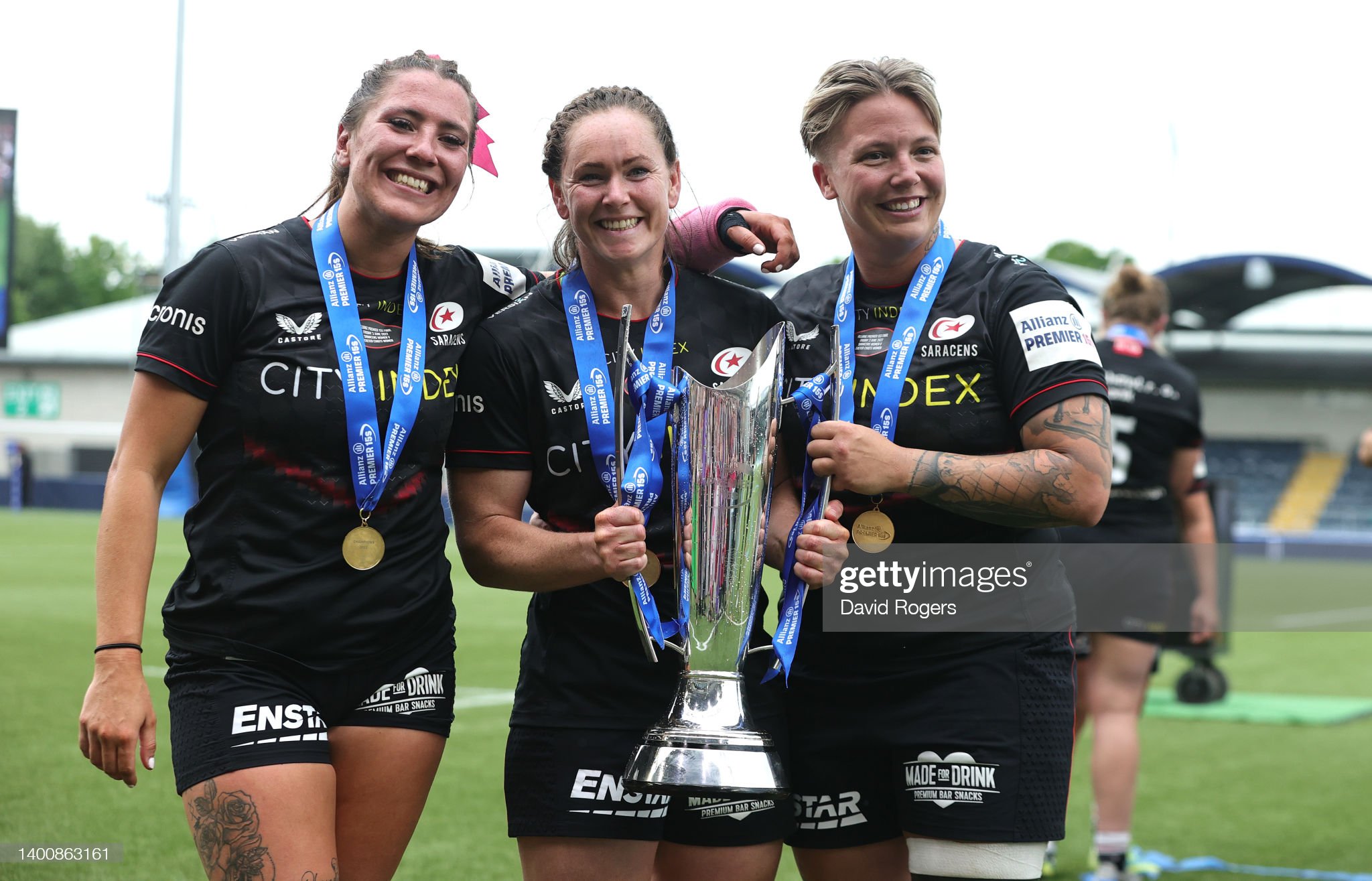 Georgia Evans is back in the mix for World Cup consideration after coming back with a bang for Saracens in the Allianz Premier15s final at Sixways last weekend.

Thirteen weeks after breaking her arm so badly in a league game at Bristol Bears there were fears she could lose it, she came on for the final 13 minutes of her side’s 43-21 triumph over Exeter Chiefs to take the top club title in British women’s rugby for the third time in four finals

Evans’s injury ruled her out of Wales’ most successful Six Nations campaign in years, but she was able to return in time for the final and joined fellow Welsh internationals Kat Evans, a winner with the ‘Women in Black’ in 2018, and Donna Rose as second half replacements. It was a second title for Kat Evans and first for both Georgia and Rose, who made up for the disappointment of losing to Harlequins last year.

“Even now it is hard to describe the feeling of being given the chance to make my comeback in such a big game. Coming away with the win in the final was simply fantastic,” said Evans.

“Even though we set the target of returning within 12 weeks after I broke my arm, I didn’t think there was much chance of getting picked for the semi-final or final. I certainly couldn’t have done it without the help and support of the medical team at Sarries.

“I did everything I possibly could to get back. I didn’t make the semi-final, but I got the call from my surgeon on the Tuesday morning in the week of the final to say I could play if selected.

“It was wonderful to be picked by the coaches and incredible to be able to play a part in the victory. It was a massive boost to my confidence and now it is all systems go to try to make the World Cup squad.”

Evans made her Wales debut off the bench against Italy in the 2020 Six Nations campaign and was looking forward to adding to her 11 caps in this year’s tournament before she suffered a serious injury playing for her club at Bristol Bears.

The screams of pain in that incident almost matched the cries of joy she uttered at the final whistle at Sixways. Now she is hoping for an injury free run-in to the World Cup in New Zealand in October.

I’ve always suspected it, but great to finally have confirmation Georgia Evans’ pink bow is visible from anywhere in the same post code.

“Those 13 minutes allowed me to say to myself that the injury is finally over. I’m back doing what I love, which is playing rugby,” said Evans.

“When Kat and Donna came on for the final five minutes I just said to them, let’s finish what the girls started. Having lost to Harlequins the year before it was great to end up with a winners’ medal against the Chiefs.

“I thought my world had ended when I got injured. That’s why I’m so proud to be able to say I’m a Premier15s winner and to have been able to get my hands on the trophy.”