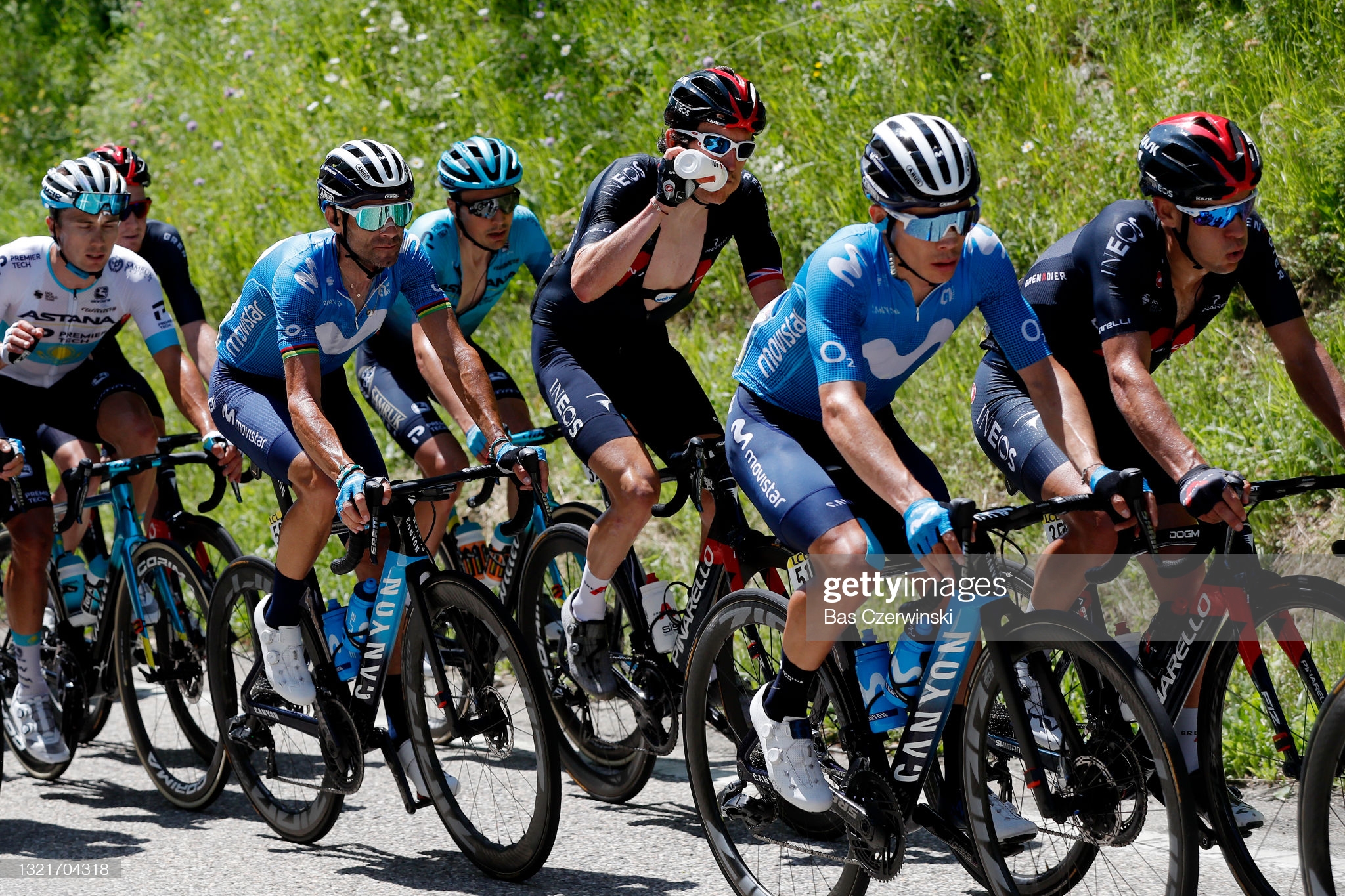 Geraint Thomas takes a refreshing drink in the thick of the action on stage six at Criterium du Dauphine. Pic: Bas Czerwinski/Getty Images

Geraint Thomas climbed up the standings as the Criterium du Dauphine headed into the mountains for a decisive weekend.

The Ineos Grenadiers rider – who had moved up to sixth after a stunning win on stage five on Thursday – finished 11th on Friday’s 167.km battle from Loriol-sur-Drome to Le Sappey-en-Chartreuse.

The Cardiff-born rider won the Dauphine in 2018 on his way to his historic triumph at the Tour de France later in the summer.

It was a tough old day at the #Dauphine 😵‍💫

But don't take our word for it – let @richie_porte and @GeraintThomas86 tell the story 📽️ pic.twitter.com/z8W3uDJOYf

The Brit opened up a gap, but fast-finishing Alejandro Valverde launched off in pursuit and was just able to take the stage. Thomas finished in the same time.

Thomas is using the race as he completes final preparations for his bid to regain the coveted Yellow Jersey on Le Tour later in June.