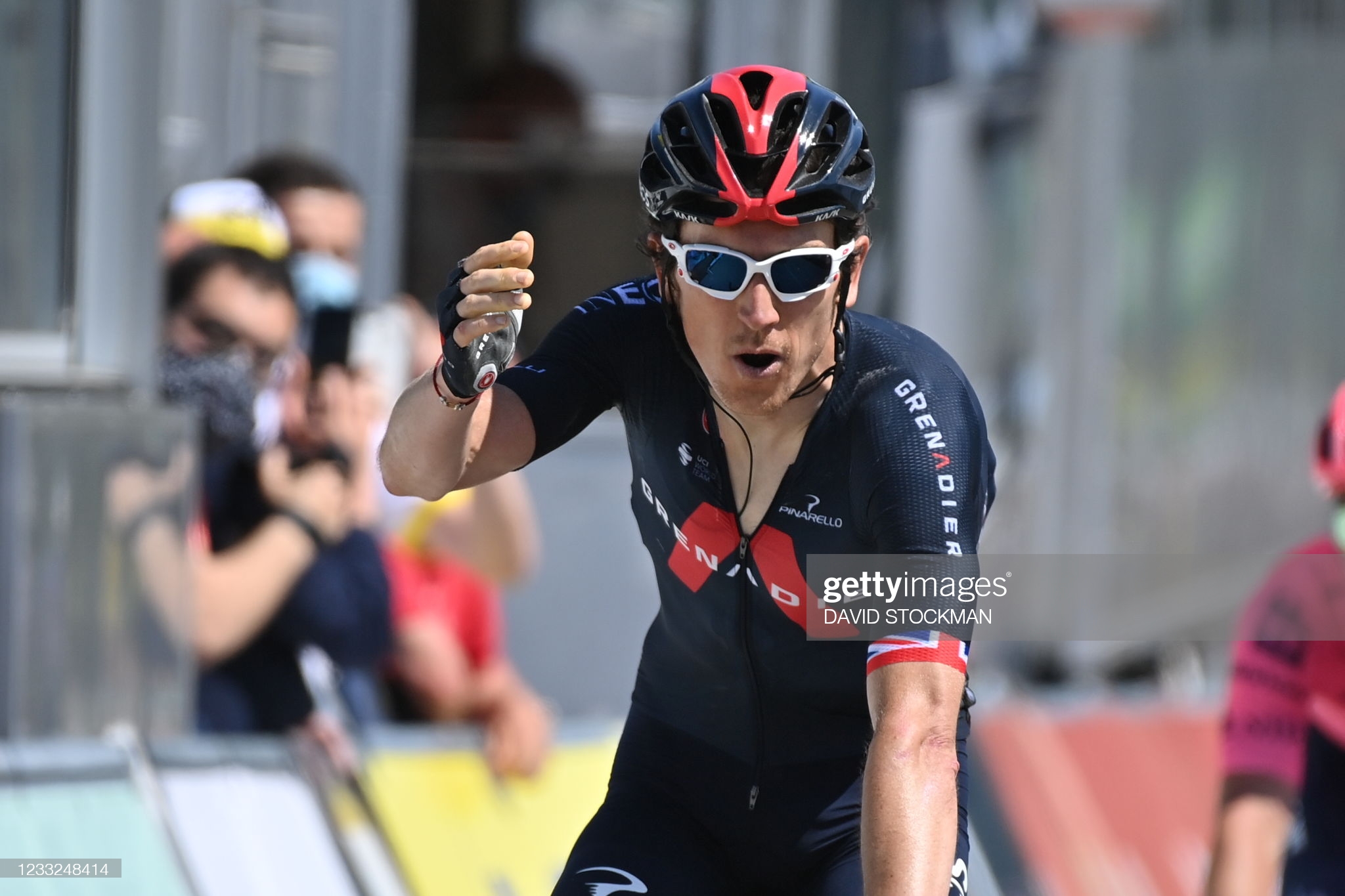 Geraint Thomas has moved up to sixth at the Criterium du Dauphine, just 14 seconds off the lead after his thrilling stage win. Pic: David Stockman/BELGA MAG/AFP via Getty Images

Geraint Thomas admitted his thrilling solo attack on the Criterium du Dauphine was not pre-planned as he left his rivals stunned.

The 2018 Tour de France champ launched himself into a tight right-hand turn with just over 1km left on stage five.

Thomas then held off the chasing pack led by Sonny Colbrelli of Bahrain Victorious to bag his first win on French soil since that Tour triumph.

“It wasn’t planned,” admitted Thomas, who atoned for a disappointing showing in the stage four time trial when he admitted he rode the first part of the course too hard.

“I knew Bahrain didn’t have any guys left. I knew the last bit was a bit twisty so I just thought ‘sod it, just go for it’.

“To be honest I didn’t think I had that on the line. I just sat up two metres before to start to give it the big ‘boom’ [celebration]. Colbrelli came so fast he nearly took my arm off, but it’s really nice to get that win.”

He added: “I was definitely disappointed in yesterday (ITT). It was a combination of not great legs but also riding it badly and dying in the second half completely where you need to be strongest.

“It’s nice to bounce back.”