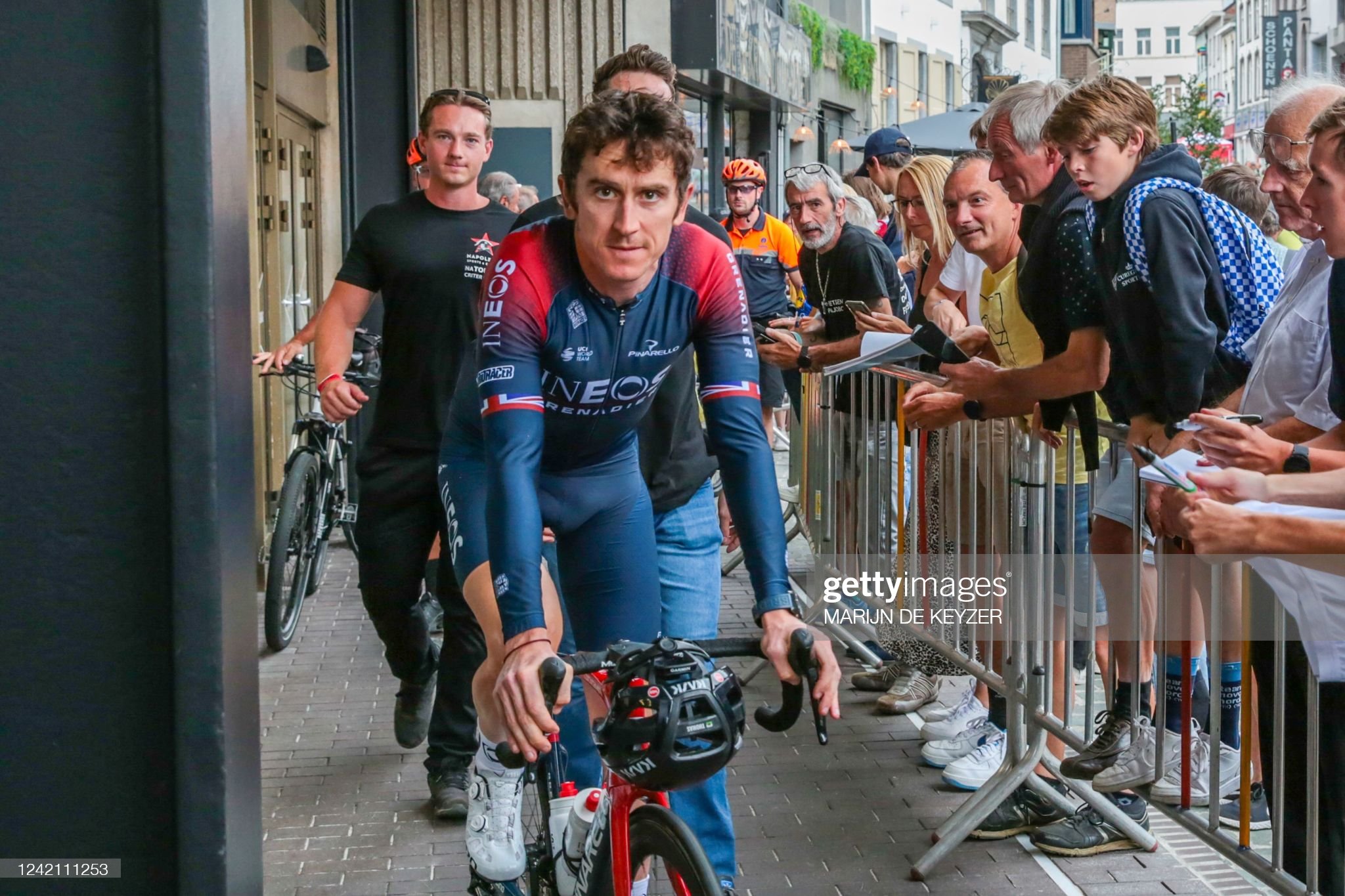 Geraint Thomas will be among the gold medal favourites in Thursday's time trial. Pic: Getty Images.

Geraint Thomas will try and roll back the years on Thursday as he bids to win a second gold medal for Wales – eight years after his first.

The Welsh cycling legend finished on the podium at last month’s Tour de France but the 36-year-old will only have gold on his mind when he competes in the time trial at the Commonwealth Games in Birmingham.

Back in 2014, Thomas won gold in a red jersey in the road race at the Glasgow Commonwealth Games, having already picked up a bronze in the individual time trial event.

This time, he thinks it’s the time trial that will give him the best chance of gold, rather than on the streets of Birmingham, with highlights of his efforts to be shown on S4C on Thursday evening.

“The TT (time trial) is my best chance of getting a medal,” says Thomas, who cemented his status as a Welsh sporting superstar when he became the first man from Wales to win the Tour de France in 2018.

“It’s a lot more predictable than the road race.

“There’s no tactics in the TT. Just take the gilet off and hope the radio works, which mine didn’t after about a km on the Tour.”

That’s a reference to Thomas absent-mindedly forgetting to take off his warm-up gilet before he raced in the first time trial stage of this year’s Tour de France, where he eventually finished third in the general classification.

In the Commonwealth Games road race, Thomas knows his chance of success is slimmer than the TT, since it will be a tough task for he and the Wales team to shake off the specialist sprinters, such as Mark Cavendish, on a flat course.

“Ben Swift is riding for the Isle of Man now, so Cav (Cavendish) will have a decent team around him.

“We will have to turn it into a type of race where there’s a lot of attacking and no real control.  That’s what we want.”

With two bites at the cherry, if Thomas does not strike gold on Thursday, then he will hope to at least pick up a medal of some colour for Team Wales in Sunday’s road race.

Little recon and now all ready for tomorrow’s commies TT. Always an honour to pull on the Welsh colours 👌 Let’s hope I’ve still got some Tour form in these legs 🤞🏴󠁧󠁢󠁷󠁬󠁳󠁿 #TeamWales #Birmingham2022 pic.twitter.com/UtQEf9yrO6

Aside from the Isle of Man’s Cavendish – the record-equalling Tour de France stage winner – Thomas’s main rivals on Thursday will include England’s Ethan Hayter and Australia’s Rohan Dennis.

Thursday should be a busy day for Team Wales competitors, with the athletics and swimming also in full swing in Birmingham.

There will also be Welsh interest at Birmingham Arena, where the first rhythmic gymnastics medals are awarded at the team final.

The Welsh team consists of Gemma Frizelle, Lauryn Carpenter and Elizabeth Popova, the 15-year-old from Carmarthen, who hails from a remarkable sporting family.

Her mother, Ioana, competed for Bulgaria in international gymnastics tournaments, while her her brother Chris has also been impressing with his football skills.

Her older brother Chris is a Wales international footballer, capped at U18 and U21 level and has recently signed for Leicester City.

The rising star from a multi-sport family is the very latest Popova to pop on the red of Wales. 🏴󠁧󠁢󠁷󠁬󠁳󠁿

The 15-year-old will be among the youngest athletes competing at the Commonwealth Games! #B2022

Mum Iona also happens to be Elizabeth’s coach and she has been indebted to her parents support on her road to Birmingham.

“My parents help a lot with preparation, obviously with my mum being my coach,” she says.

“We have been through a lot together, but it’s nice to finally put all my work towards something.

“Whenever you are with someone 24/7 it can be difficult, but she has always done everything with my best interests at heart and I really appreciate that, even if I don’t show it at times!

“They have both been so supportive of me, so I’d love to be able to perform well in these Games for them and for everyone that has helped me.”

Highlights from the day’s events at the 2022 Commonwealth Games in Birmingham.