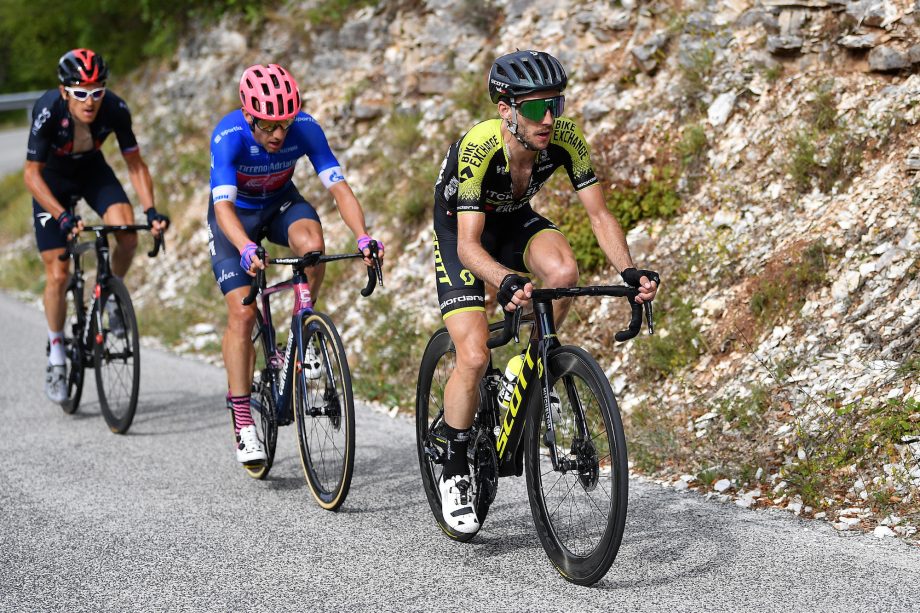 Geraint Thomas’ time-trialling skills have been highlighted by one of his chief rivals just days before the Giro d’Italia gets underway on Saturday.

The route for the delayed Grand Tour includes three races against the clock totalling 65km.

And that could see his rivals trying to attack him more in the mountain stages according to Mitchelton-Scott whose lead rival Simon Yates is expected to be Thomas’ biggest threat.

“We’re going up against a world-class time trialler in the leader of Ineos, Geraint Thomas,” said the team’s sports director Matt White.

“The rest of our rivals are in a similar bracket to Simon and we will all be looking to limit our losses in those three time trials and take opportunities on the climbs when they are there.

“All of the climbers need to be aggressive, including us. When and where, and from who, will be interesting but we’re going to have to take time.

“The 65km of time trialling is substantial, especially in the modern era where you don’t see that many Grand Tours with this much time trialling, and it has an effect on our tactics.”

But in the one time trial, the last stage, Thomas – fourth in last weekend’s World Time Trial Champs – took 22 secs out of his fellow Brit whose twin brother, Adam, is joining Team Ineos next year.

Yates came within days of winning the Giro in 2018 after dominating the first couple of weeks before a dramatic collapse on stage 19.

But he proved at Tirreno that he will be a major thorn in Thomas’ hopes of adding a second Grand Tour title to his career tally.

“Tirreno was a great victory and I’m very proud of what I accomplished there but the big goal has always been the Giro, so I hope I can hold my form from there until the end of the Giro,” said Yates.

“The Giro is a hard and unpredictable race. You need to be ready at any moment to adapt the strategy to prepare for victory.

“Normally at the Giro the weather is getting better day-by-day as we start in Spring and approach summer, whereas this year will be the complete opposite.

“I’m expecting some bad weather this year and I’m mentally prepared for that.”