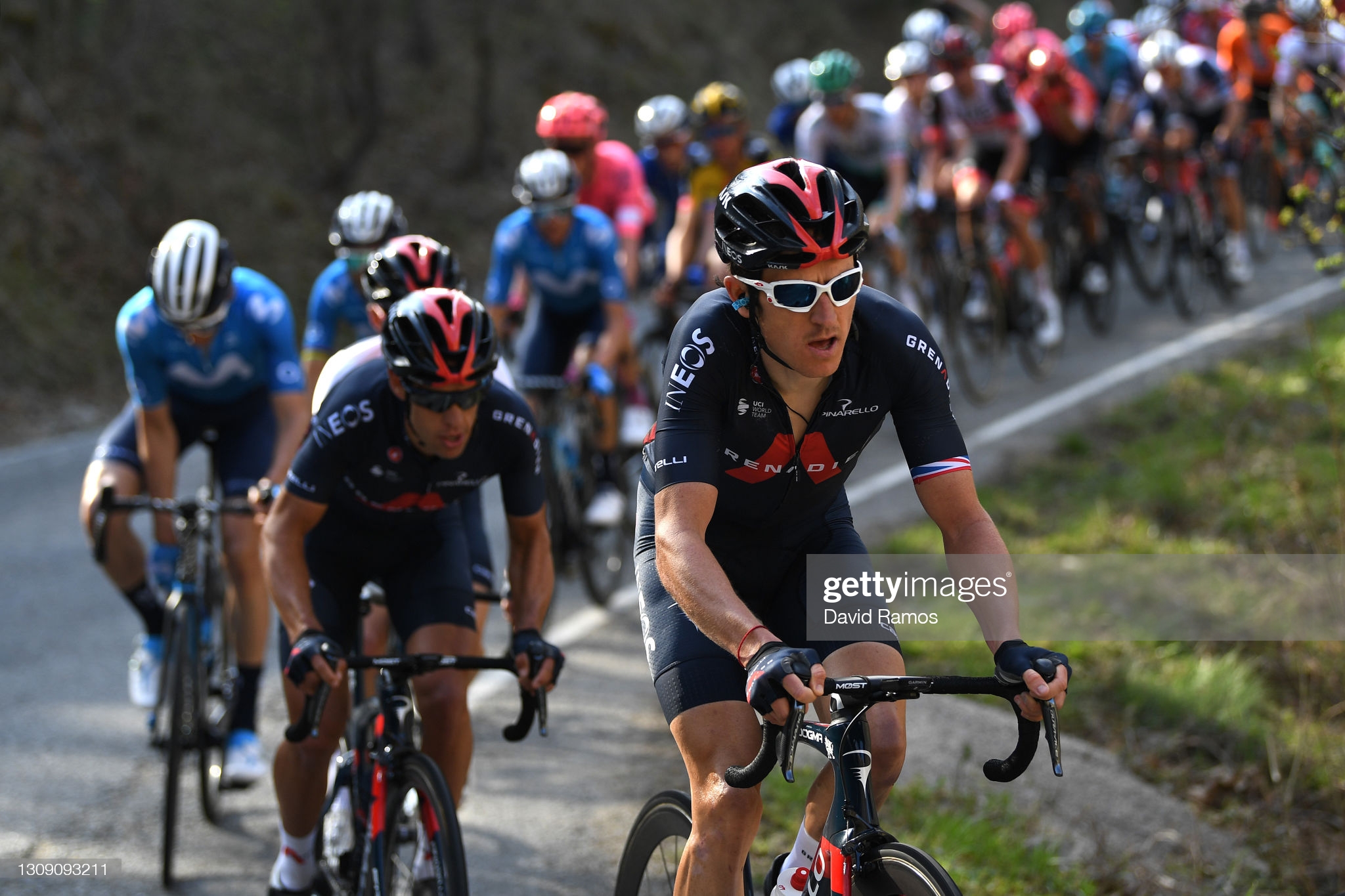 Geraint Thomas moved into the top three overall after another mountain battle at the Volta a Catalunya.

The Cardiff-born rider finished third on stage four and is now part of an Ineos Grenadiers dominated top three.

Thomas was part of the Ineos Grenadiers team who chased hard in a bid to try and overhaul Esteban Chaves (Team BikeExchange) who attacked with seven kms left to the finish at Porte Aine.

But the Colombian held on to take the stage spoils by seven seconds from Michael Woods (Israel Start-Up Nation) who crossed the line just ahead of Thomas in a group of nine riders seven seconds adrift.

The win was Chaves’ first victory since he claimed a stage in the 2019 Giro d’Italia.

Chaves held a 26 secs lead at one stage but that was whittled down by the chasing pack with Thomas again showing his top form is returning as he builds towards June’s Tour de France.