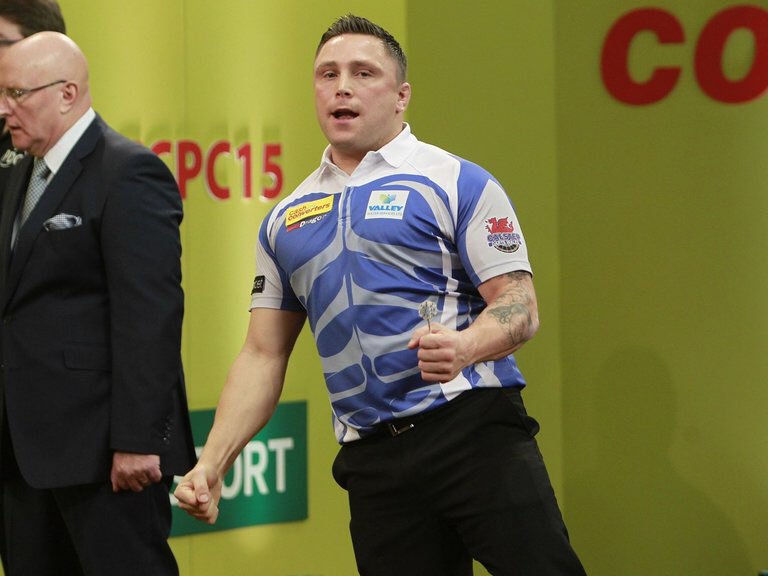 Gerwyn Price saw his 17-match unbeaten run ended with a 6-5 defeat at the German Darts Championship.

The 35-year-old’s hopes of a fourth successive PDC title dashed as South African Devon Petersen came from 5-1 down.

Price will not turn his attention to the World Grand Prix at Coventry’s Ricoh Arena which starts next week.

But the world No 3’s focus is fixed firmly on the World Championship which starts in December.

Oh well can’t really say much fair play to Devon 👏🏻👏🏻 good luck for the rest of the tournament thanks everyone for the continued support 👍🏻 pic.twitter.com/QFxGPLl4Ae

“I’m looking forward to the big majors towards the end of the year, and the big one (World Championships), is the one I want,” Price admits.

“I never give up anymore and whoever has got to beat me has got to play really, really well and take their chances, because if not, I will.

“I just stick in there until the end and until that last dart goes in I still believe I can win.”

The Markham ace reeled off finishes of 110, 140 and 116 to open up a big lead only for Petersen to fight back.

“Gerwyn is a phenomenal player, we saw him win the World Series last week and he’s box office,” said Petersen, who saw his opponent miss one dart for victory.

“I thought it should be the day where we go face-to-face. Luckily for me we got to five-all, and I had that opportunity to finish him off.”

But there will be Welsh interest in the last 16 with Jonny Clayton seeing off  Chris Dobey 6-4.