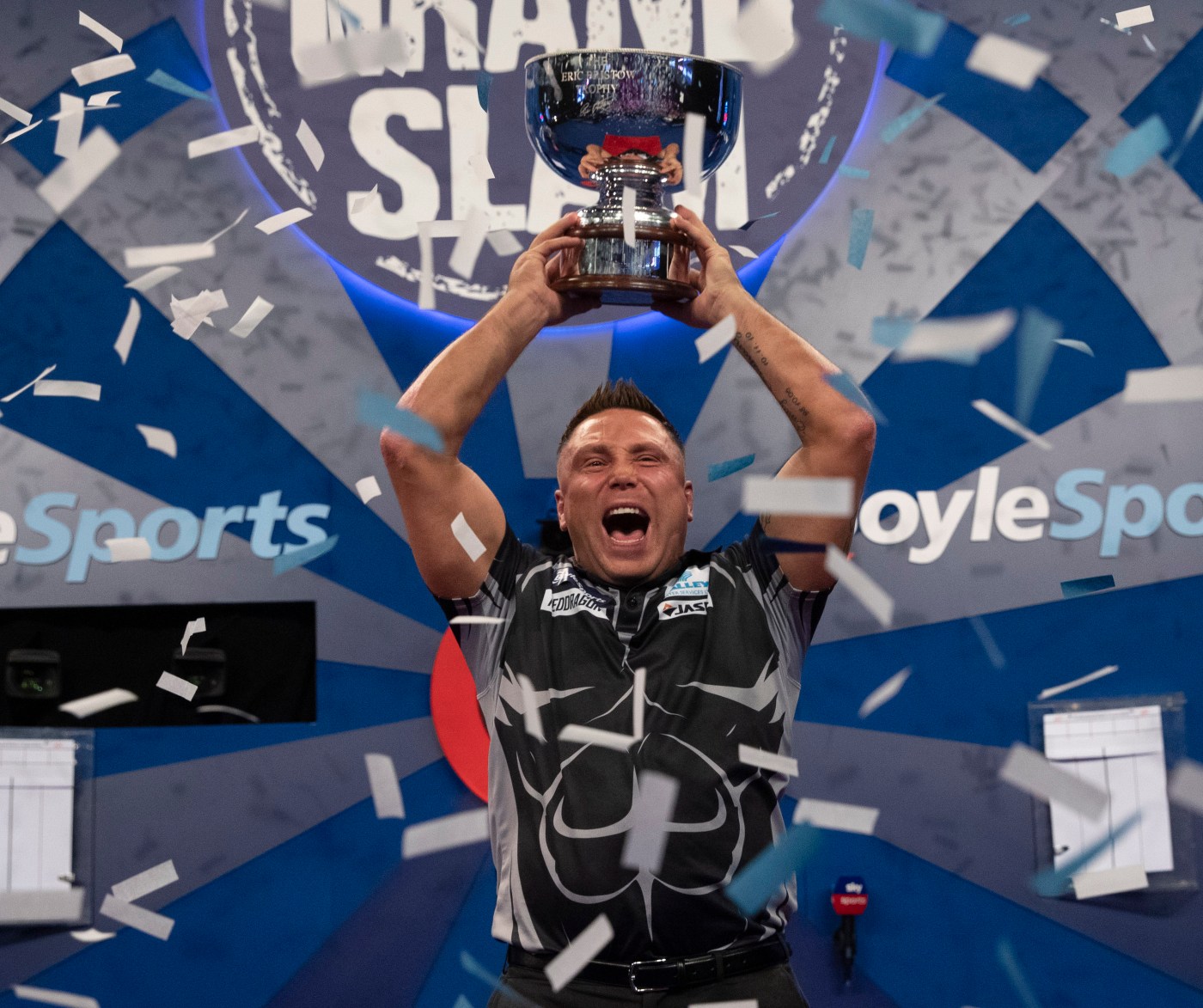 Gerwyn Price is aiming to make it a hat-trick of Grand Slam titles.

Gerwyn Price is relishing his favourites tag as he begins his bid for a hat-trick of Grand Slam of Darts titles.

“Going into the World Cup, Jonny and me were favourites and I like that tag,” said the 35-year-old.

“It gives you a little boost, a bit of confidence knowing not only am I confident but other people are confident in my ability.

“Hopefully I can go out and play like a favourite and win again.

“Any event is nice to win but to win the Grand Slam three in a row, only the likes of Michael (Van Gerwen) and Phil Taylor have won three in a row.

“It would be a bit of history – but not only that it fills my bank up as well.”

World No 3 Price would edge closer to that coveted spot of world No 1 if he pockets the £125,000 winner’s cheque a third Grand Slam title would bring.

It would also depend then on how he, world No 1 van Gerwen and reigning world champ Peter Wright do at the worlds which start next month.

“I need to do well in the Grand Slam,” added Price. “I think any of the top three, if they win the worlds they are going to be No 1 so it doesn’t really matter about the other tournaments.

“You want to have good runs and make things a bit easier, but Michael is defending £500,000 and I’m not sure what Peter is defending.

“But if either I or Peter wins it and Michael doesn’t have a very good run then any of us could be No 1.

“It’s a good end for the year coming up – very exciting for me and Peter and a bit of pressure for Michael.”

Wayne Warren, a 500/1 outsider for the tournament, will face Nathan Aspinall in his opening group match this afternoon while Clayton is up against Ryan Joyce in this evening’s first match at the behind-closed-doors Ricoh Arena.