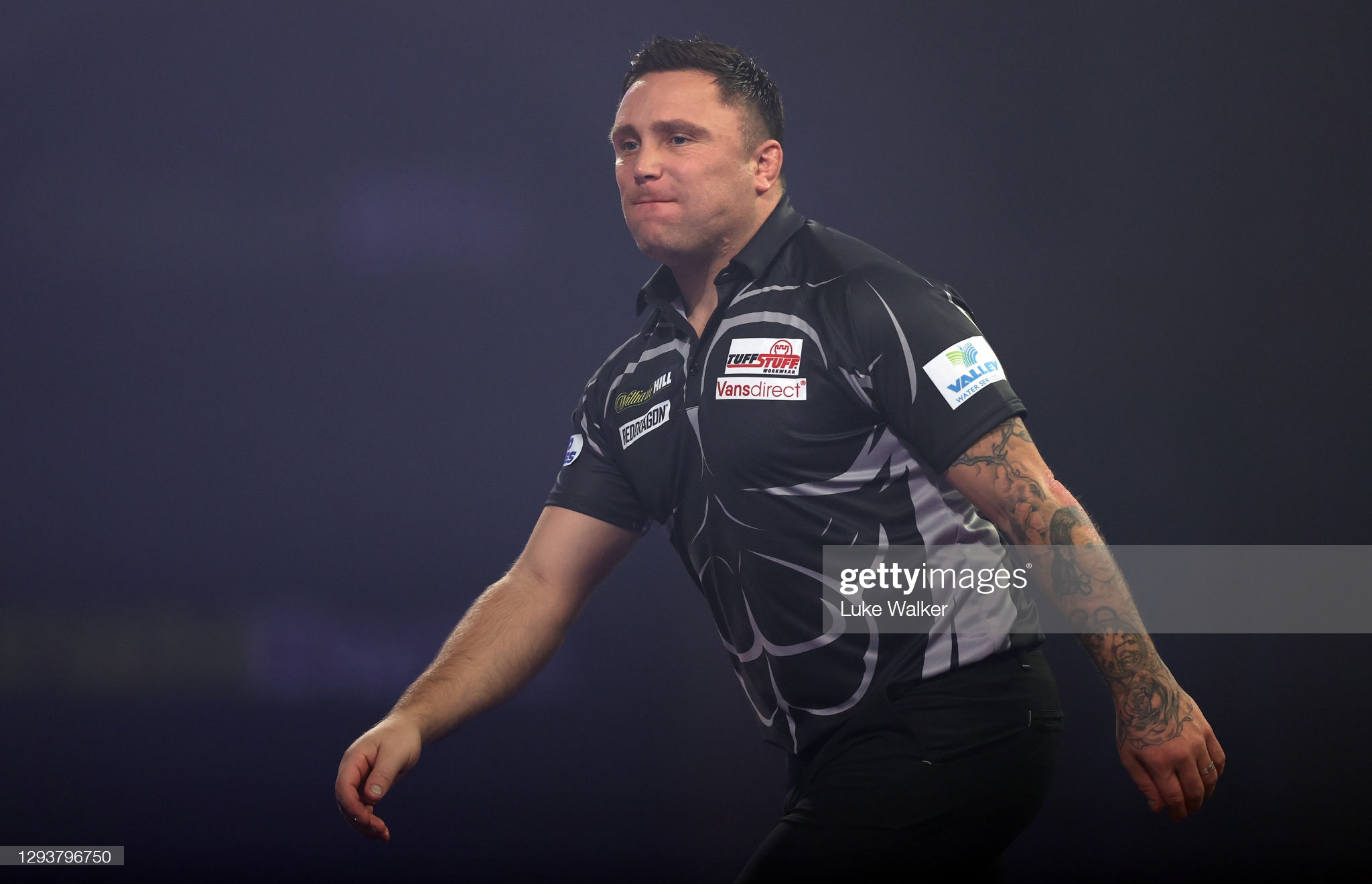 Gerwyn Price is still on course to be crowned William Hill World Darts Champion and take over as world No 1.

Price will face Daryl Gurney on New Year’s Day for a place in the semi-finals.

Respect shown from Mervyn King as Gerwyn Price seals his spot in the Last 8 after closing out a dominant 4-1 victory!

Of the prospect of being world champ and world No 1, Price said: “I think about it every day, who wouldn’t.

“I’m sat here in a world quarter-final and if I win this event I become world number one and world champion.”

Price averaged 97.71 and was always in control of the match after racing through the first set, winning three legs to nil.

King hit back to take the second set and had chances to make it 2-2 in sets after The Iceman again took the lead.

But there was no way back after Price took that 3-1 lead as he saw out the match for a convincing victory.

Price produced checkouts of 148, 116 and 115 in the match as he moved closer to a title that could put him on top of the world.

The 35-year-old will move from world No 3 to No 1 in the Order of Merit rankings, based on a rolling two year total prize money, if he is crowned champ on January 3.