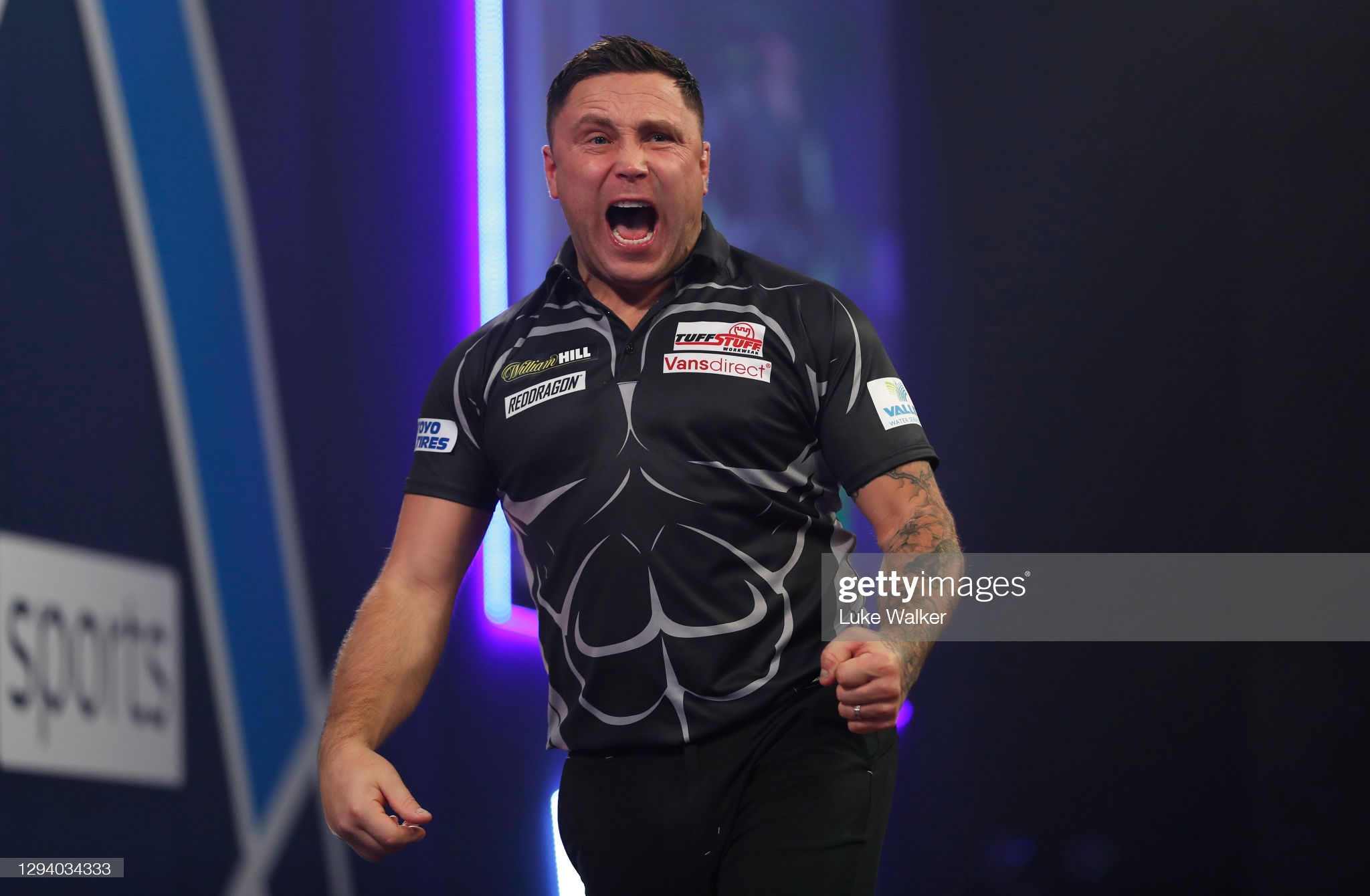 Price led the best of nine sets match 2-0 and 4-2 but then lost six legs in a row to be taken into another final set decider.

But Price took the deciding leg to keep his dream of being crowned world champ alive – and also taking over as No 1 in the Order of Merit.

Price will face Stephen Bunting in his second successive semi-final appearance at the worlds.

“I bombed a couple of sets where I missed loads of doubles. I was very lucky,” admitted Price.

“At 4-2 up I had it in the bag but at four all I had to pull it out of the bag. I was up against it. I’ve certainly learned a big lesson tonight. I shouldn’t be complacent when I am 4-2 up.

“It must have been nerve-wracking for my wife and family to watch. Maybe I wanted it too much but I’m still in the tournament and I’m going to give it my all.”

And world No 3 Price is now the highest seed left as world No 1 Michael van Gerwen crashed out after suffering a 5-0 whitewash to Dave Chisnall.

Price took early command of the quarter-final by winning the opening two sets.

The 35-year-old took the opener 3-1 after twice breaking Gurney’s throw including making a 108 checkout, averaging 97.57 every time he was at the oche.

World No 3 Price conjured up a 3-0 whitewash to double his advantage in sets and move within sight of the semi-finals.

But any thoughts Price harboured of an easy night were ended as Gurney took the third set 3-1.

The 34-year-old then levelled it up in sets winning the fourth, taking advantage of Price’s misses at D10.

Price showed why he is nicknamed The Iceman to take the fifth set with a superb 143 checkout after Gurney missed five darts to take the set into a deciding leg.

And a 72 checkout took him to within one set of the semis as he opened up a 4-2 lead after Gurney missed D20.

But it was Gurney’s time to take the set on a whitewash to reduce his deficit to 4-3 in the best of nine set battle.

Price stopped the rot with a 107 checkout at the start of the ninth set but Gurney responded with a 130 checkout to level the match again.

Back came Price to move within one leg of victory despite only managing 36 on his opening throw, but Gurney responded to set up a winner takes all leg.

Price produced a 16-dart hold to finally see off the challenge of Gurney.