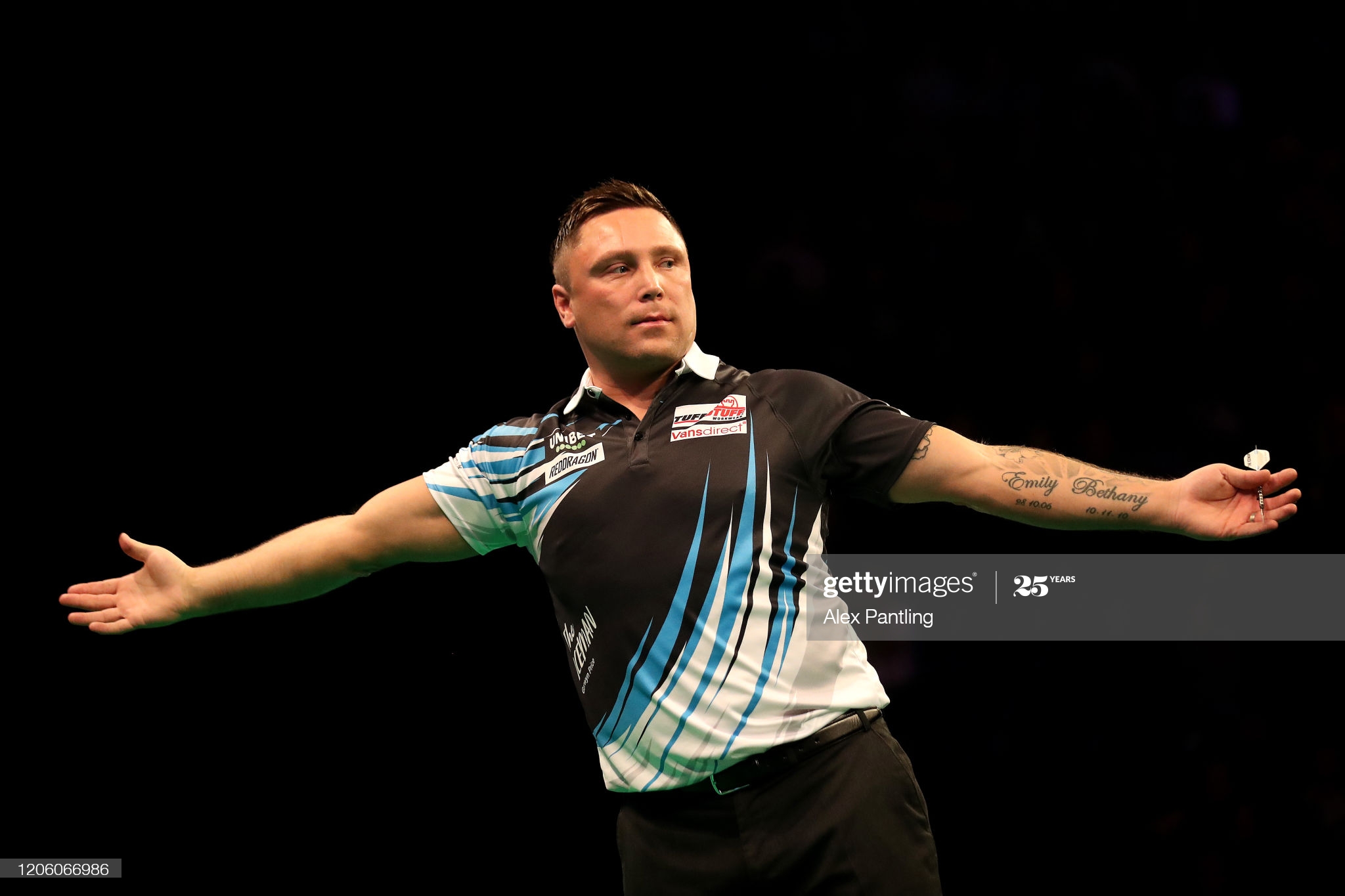 Price will be going for a fourth title in five attempts against a rival who has reached his first final after victory over Simon Whitlock.

“It’s his first final and I think he’s going to be under a lot more pressure than I am,” said Price, who will also go to No 2 in the world if he pockets the £110,000 winner’s cheque.

We take a closer look at the tournament stats so far of Dirk van Duijvenbode and Gerwyn Price ahead of tonight's @BoyleSports World Grand Prix final.

“I think I can go on and win it but I’ve got to work hard, hit my doubles and produce my scoring.

“Hopefully I can be a little bit better and pick up that trophy.”

Price survived three match darts to beat Dave Chisnall 4-3 in a thriller on Sunday night at the Ricoh Arena in Coventry, having led 3-1 before the Morecambe man hit back.

“I thought I was out,” admitted Markham-based Price. “I thought I’d bombed the opportunity, and you could see by my reaction at the end that I was relieved.

“I knew Dave was playing well and having a bit of luck because I was struggling to start in the last few sets. I put myself under a lot of pressure and gifted him two sets.

“I thought I played well to put myself 3-1 up but Dave was playing well and hit some big checkouts, and I was thinking that it wasn’t going to be my night.

“I should be experienced enough to deal with that and get the job done, but I stuck in there until the end and had a little bit of luck in the last leg, so I’m over the moon.”