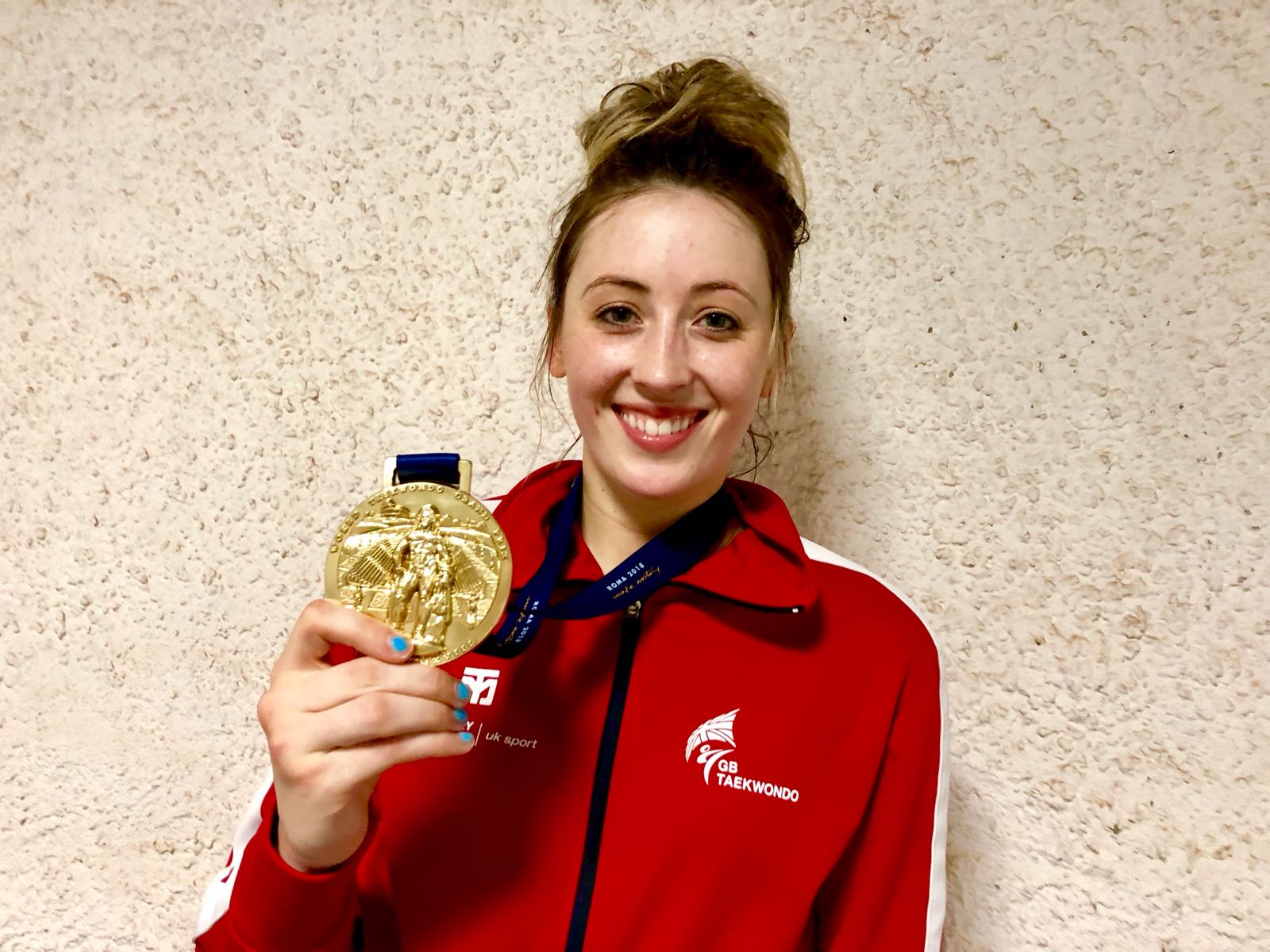 Flint fighter Jones said: “I don’t get overwhelmed by much, but I was in awe of it.

“It was amazing, quirky and felt like going back in time to the Gladiators.

“The stadium was roaring and shouting for me. It was an incredible experience.

Jones beat Russia’s Tatiana Kudashova 21-16 in the semi-final before renewing a rivalry with the latest member of the Gomez clan.

The 25-year-old added: “I remember the first time I fought her my mum said, ‘Heck, not another Gomez sister’.

“But it’s great to have that rivalry and she is good fighter. It was a good battle because she came at me.

“And when you win with such fine margins it makes it so much better.”

“You go through phases when you are expected to win and you get a little scared of losing. Now, I am thriving off it again and it showed.”

The Liverpool fighter had been beaten by the same opponent at the Europeans.