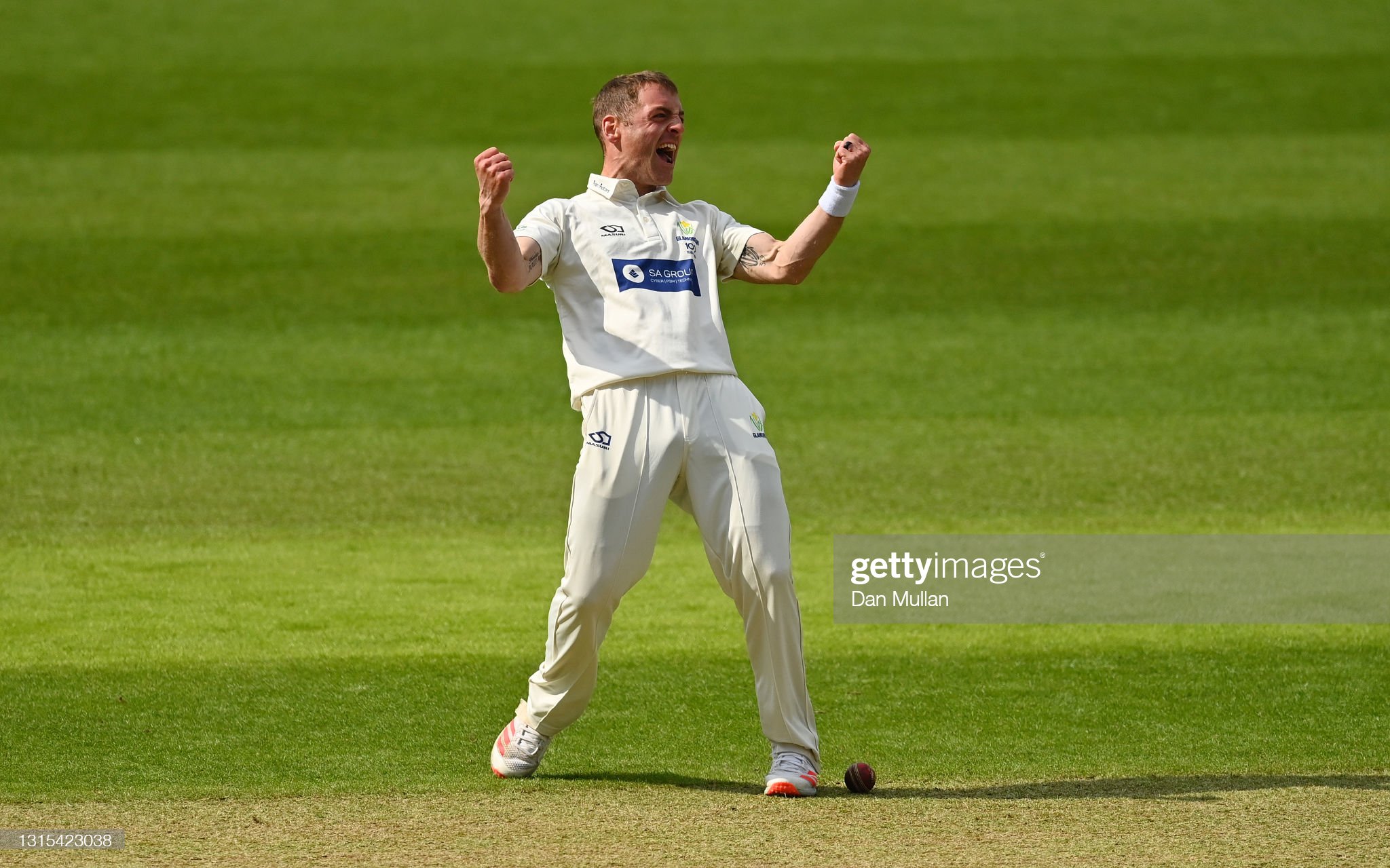 The Welsh county host Middlesex on Thursday, where they will be looking to build on their seven-wicket victory at Trent Bridge, where returning Australian star Marnus Labuschagne hit an unbeaten 50 to steer his side home.

“We’ve worked hard over the winter with the mental side of the game,” said Lloyd.

“We do perform well against the big team. We need to be consistent and the main thing for us going forward is our consistency with everything we do.

“It was a great four days, the efforts the lads put in each day were incredible and those wins are hard-fought.

“Marnus and Kiran (Carlson) both batted really nicely, played with really good intent and that’s what we needed, it was a very good chase.

“We were always confident but at the same time you’re nervous because they’ve got a very strong bowling outfit and we had to work hard for the runs.”

Proper team effort this week against a very strong notts side!! Hard fought win and proper game of four day cricket!! Proud of the @GlamCricket lads. #🌾🌾

The win has catapulted Glamorgan into top spot in the Division Two table after an emphatic performance against a team which had been tipped by many as the likely winners of the division.

It was also their first Championship victory at Trent Bridge since 1998 and Notts captain Ben Duckett admitted: “Sometimes you take your hat off to the other team and Glamorgan were better than us, but it’s early in the season and there are worse times to lose, we’ve got so much time to get back from this.

“It was a Bank Holiday weekend, the weather was good and both sides were in it until 50 to win, but they won the crucial moments throughout the game.

“I was slightly disappointed because I’ve never got two hundreds in a game, but Timm van der Gugten bowled exceptionally well last night (day three), he bowled 11 overs on the bounce and gave us nothing.”

Chasing 166 to win in the fourth innings after taking Nottinghamshire’s final two second-innings wickets inside the first hour of play, Glamorgan wrapped up a 23 points win before tea on the final afternoon.

Australia’s Labuschagne, in his first game back with the Welsh county after successful summers in 2019 and 2021, was dropped on 25, although it is doubtful that the miss had any bearing on the outcome of the match.

It is a sobering result for Nottinghamshire, a popular tip to be Division Two champions this season. Duckett came close to scoring a century in each innings but it was generally a below-par performance by the home side, particularly with the ball.

James Pattinson, in his first match back at Trent Bridge, was outbowled by fellow Aussies Michael Naser and Michael Hogan, while the Australia-born Netherlands seamer Timm van der Gugten made an outstanding contribution both with bat and ball.