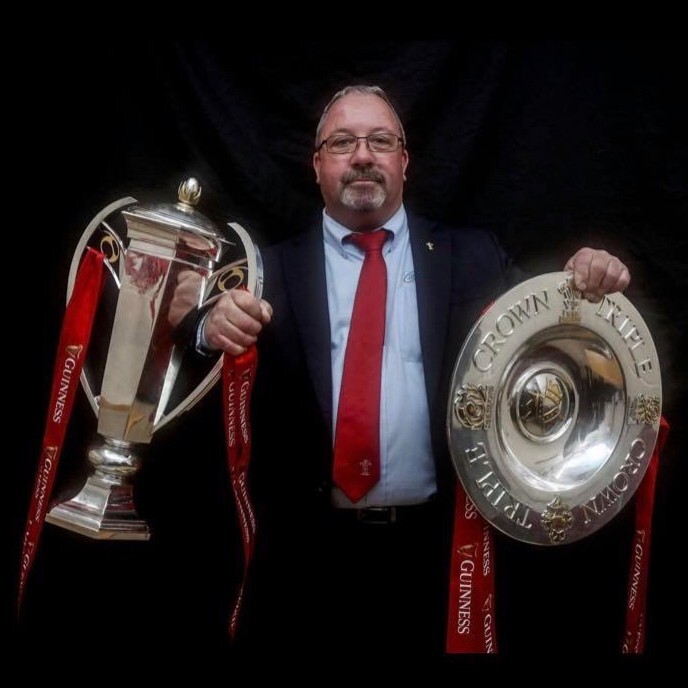 It’s not one that automatically springs to mind when discussing the success of Welsh rugby in recent times, but he’s played as big a part as anyone in delivering the team to so many highlights.

In order to be successful in sport, you need everything in place and everything has to be pin-point accurate.

Just look at the World Cup-winning Springboks – from captain Siya Kolisi to coach Rassie Erasmus to Carmarthen-born strength and conditioning coach, Aled Walters, they had every box ticked and every role was filled with someone at the top of their game.

Wales are heading to Paris knowing that a win in the final game of  Super Saturday would clinch them the Grand Slam, their fifth in 16 years.

Head coach Wayne Pivac has named his side, a team that now has a settled look. The starting XV now pretty much picks itself – that’s the sign of a winning team.

But Martin of Edwards Coaches, Llantrisant has also played a key role for the Wales team for the past 13 years. He’s the guy that has the responsibility of driving that precious cargo to and from the stadium.

We’re getting ready for the Wales vs France match this weekend. Here’s the coach getting washed and polished ready to look the part for the team! #edwardscoaches #wales pic.twitter.com/orZruyvFv6

“The first time I drove the Welsh team was in 2008, when Wales played at Croke Park in Ireland and were going for the Triple Crown,” he says.

“That was special but my favourite occasion has to be the World Cup in 2015 and driving the team back from Twickenham after that memorable win.

“The team decided that they wanted to head back to the Vale (Wales’ team hotel) that same night. The buzz on the bus – well, it was like nothing else. It’s the best bus journey I’ve done in 35 years of driving.

“The team bus is full of characters. When we’d left Twickenham, we were going through Whitton (a suburb of Twickenham) and one of the players was fascinated with the bus horn.

“It was just after midnight and this horn was blasting through Whitton. The call then came, ‘Andrew! Please go round the block again!

“The following week I had a letter in work along the lines of, ‘Although we appreciate you’ve won, Twickenham is a residential area and not everyone likes rugby!’

Pre-Covid and Brexit, Andrew would transport all the playing and backroom kit in the team bus, a day or two prior to the team flying.

By the time the team would land, whether it would be Rome or Paris for example, he’d then be at the airport ready to pick them up.

“I love driving the team in Rome, you can’t do anything without a police escort. Then there’s Cynthia, a larger than life lady, you never know what colour hair she’s going to turn up with and she’s driving in front of the bus in a Fiat Panda!

“You’ve got to take that bus where she takes that Fiat Panda, weaving in-between the traffic, up tram tracks. Well, the adrenaline is incredible.

“Paris is also special. You’ve got up to four police bikes escorting you – they’ve got no fear, blowing whistles, the lot!”

However, since Covid and Brexit, Andrew hasn’t been able to drive the team bus in Europe.

Last weekend, ahead of their trip to Rome, he drove the team to Cardiff Airport. That’s the first time  he’s taken them there in the 13 years he’s been driving them.

Also, due to social distancing, the squad have two buses taking the team and backroom staff as there are only a certain number allowed on each.

Apart from that famous trip home from Twickenham in 2015, driving down Westgate Street in Cardiff on matchday always tugs at Andrew’s heartstrings.

“It’s always an honour – so emotional,” he says.

“We leave the Vale with up to four police bikes escorting us and by the time we reach top of Westgate Street, four police horses then join and escort the bus down the Street.

“I drive at the same pace as the horses – the crowd is a sea of red and it’s just such a privilege to do that journey every time.

“When we reach The Angel Hotel, it’s like a parting of the sea – always unforgettable and such an honour.

Come full time at the Stade de France on Saturday night, we’ll know if Wales will have clinched the Grand Slam, or maybe just the title.

But whatever the outcome, when the team fly home to Cardiff, Andrew will be there ready and waiting to drive them back to the Vale.

Fingers crossed, he’ll have that extra bit of cargo onboard, the Six Nations trophy – decked in red ribbons – and there won’t be anyone more proud than the man behind the wheel.