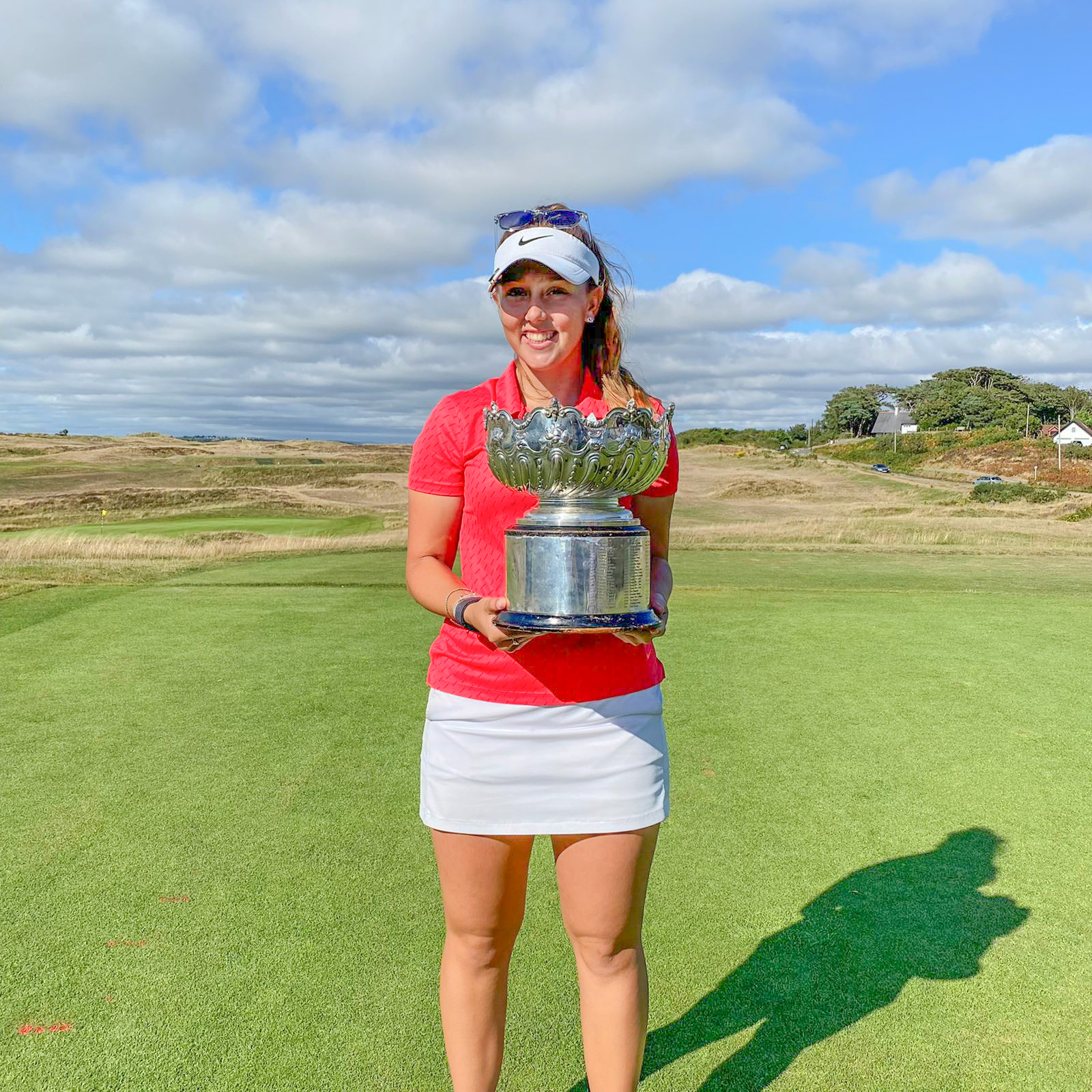 Welsh Amateur Ffion Tynan was taken to play off to clinch amateur crown.

While Delamere Forest’s Ashfield stormed to an 8 and 7 win over Alex James, Royal Lytham & St Annes, Pyle and Kenfig’s Tynan was taken to the 19th hole in her final against best friend Darcy Harry, Royal Porthcawl.

For Tynan and Harry it was perfect preparation for representing Wales in the Home Internationals, the pair heading off to Ballyliffin in Ireland together a few hours after finishing their final.

While for Ashfield it was perfect preparation playing on the European Tour in the Cazoo Open at Celtic Manor, hoping to proof he can mix it with Europe’s top professionals.

“I played in the Cazoo Open last year,” said Ashfield, after his Amateur win. “That was a bit more of an experience just taking part, this year I am there to compete – I want to go out there and perform.

“I learned a lot about mindset last year, along with the importance of distance control with the irons and putting.

“I have worked really hard on those things and I think that helped a lot this week as well. Winning the Amateur feels really good to see that hard work paying off.

“I was able to enjoy the final towards the end, after we had traded some blows earlier on, after a really tough semi-final against Matt Roberts which I won on the 18th, after winning a good match against former champion Luke Harries in the quarters.

“I reached the semis last year and I have become a lot more professional in my approach since then, so I came here with the goal of winning.”

Tynan had twice been a losing finalist, including last year, so was delighted to become Welsh champion after a series of tight matches.

She beat fellow Wales international Ellen Nicholas by one hole in the semis, after also beating Wales teammate Gracie Mayo in the quarters.

In the final she was able to overcome Harry, despite the Royal Porthcawl player getting a hole-in-one at the 15th.

“I was involved in a few great matches, they were all nip and tuck but I was able to hole some putts at key moments,” said Tynan.

“Darcy is my best friend, she’s my foursomes partner, so I was really pleased for her when she got the hole-in-one because I knew it was her first.

“The key spell was getting birdies on 6, 7, 8 and 9, Darcy and I halved 8 and 9 in birdies. It was strange, we wanted the best for each other but we wanted to win as well.

“Next it is the Home Internationals so it is nice to be in some good form heading into that together.”

Wales Golf Tournament director Daniel Fullager added: “Congratulations to Ffion and James in what were keenly contested championships for both the men and women.

“Pennard were great hosts, the course provided an excellent challenge and all the staff and volunteers played crucial roles in helping the championships prove a great success.”