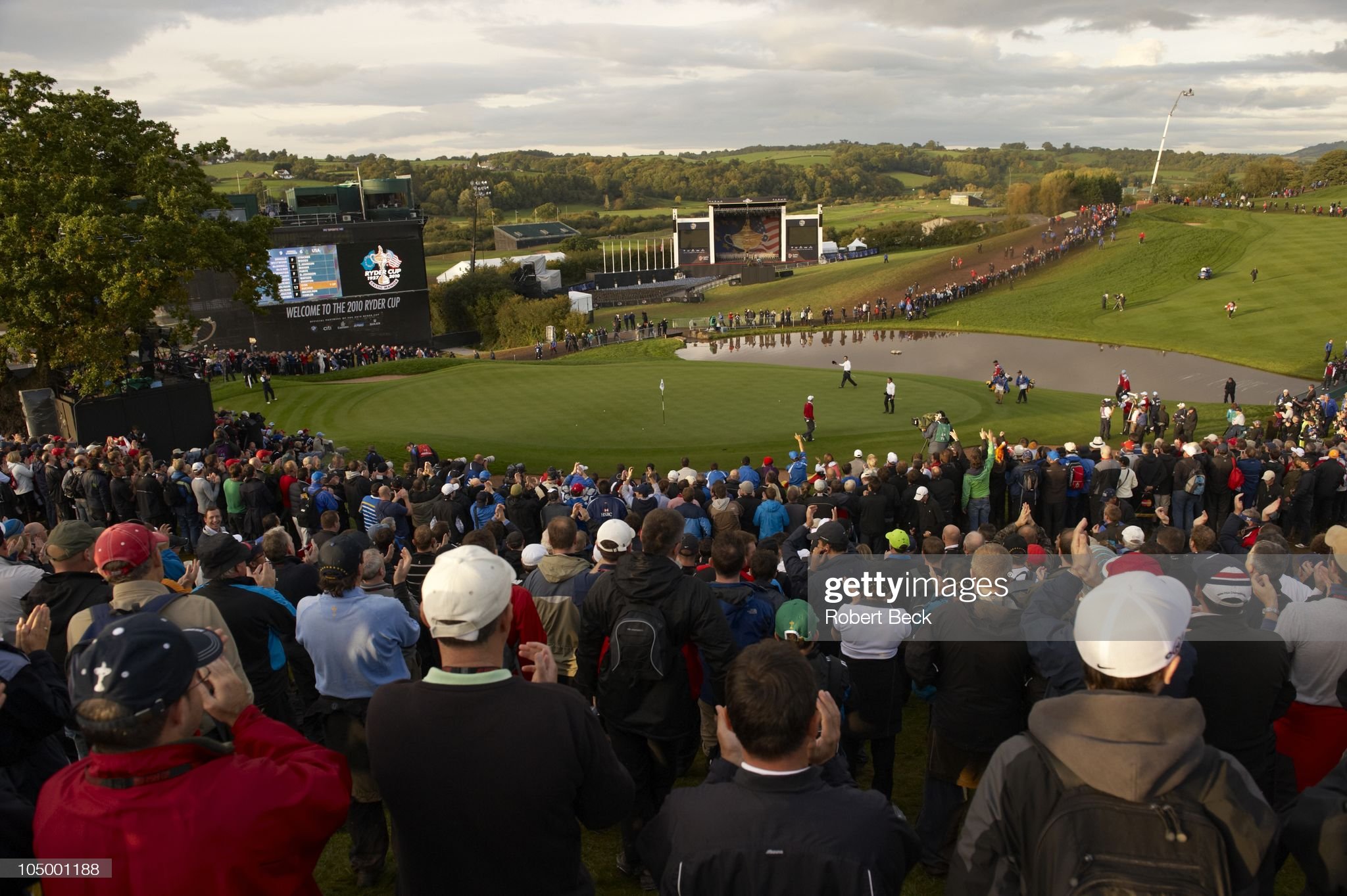 The covid-19 pandemic has hit grassroots sport in this country extremely hard making it impossible to compete at grassroots level. While golf in Wales has had its struggles it is viewing this pandemic as an opportunity as Golf Wales CEO Richard Dixon tells Steffan Thomas.

“Golf is a good walk ruined” was a quote sometimes attributed to Mark Twain, but the reality in Wales could be the sport now improves walking for very many.

During various lockdowns over recent months, walking has been one exercise many people have found invaluable to both body and spirit.

But if walking doesn’t feel quite enough, then golf might be answer to those finding their other sporting fixes difficult to come by.

It’s a sport that seems better suited than most to a restricted world. After all, you can turn up ready to play without changing, you can keep a social distance from your playing partners, and yet get in three to four hours exercise requiring plenty of skill and strategy.

Little surprise, then, that membership levels at golf clubs have begun to rise following a time when across the UK they had previously gone into decline.

Golf suffered like other sports in the early days of national lockdown with clubs shut for an extended period of time.

But with some other sports struggling to fully return, Golf Wales chief executive Richard Dixon says: “I think this is a massive opportunity for golf.

“A lot of the new members the golf clubs are getting are coming from other local sports clubs who are shut for the foreseeable future.

“People want to scratch that competitive itch and want to be doing something – and golf is one of the few things they can do.

“We are trying to work with clubs on a way to hang on to these new people as members, even if it’s just to keep them interested until after their playing days in their main sports are over.

“Many golf clubs around Wales have seen a surge in membership, partly because fewer other sports are taking place and partly because nomadic golf has been harder.

“The estimates pre-Covid were always that roughly half of people who played golf were members of clubs, so there was always that group of potential members in the other half.

“But we need to reserve judgement until things get back to normality.”

Earlier in the year, many golf courses found themselves shut and some clubs in Wales were in financial trouble.

Golf had always been an important social sport for many people with four per cent of the adult population playing to some extent or other.

But the sport forged an effective financial plan to ensure they could survive and even thrive once re-opened.

“I’d like to think we acted pretty quickly when the original Covid lockdown was announced in March,” says Dixon.

“We set up our own committee and called it the COBRA committee, nicking the term from the Westminster government.

“It consisted of the chairman, myself and a couple of other key decision makers, rather than doing it at board level which would have consisted of twice as many people.

“We decided not to furlough many staff because we knew that our 142 member clubs would need a considerable amount of help to get them through and access grants.

“We kept on all our main staff and only furloughed two in the end, but all the others remained to offer support to all the clubs. That proved to be a very good decision.

Do you know key changes to look out for under the World Handicap System?

“All the senior management took a voluntary 20% pay cut which lasted for four months and was reinstated in August.

“It coincided with the clubs’ subscriptions for next year so we put a five month freeze on those as well.

“That cost us about £220k out of our reserves, so we thought we had to support clubs because a lot of them would have been left in a pretty dodgy situation with everything that was going on. The rest was just helping and supporting clubs.”

Prior to the pandemic, golf was one of the fastest growing sports in Wales with an increase of nearly 1,000 members throughout the country.

Female participation has increased by 38% this year, while the number of children participating is also growing.

Golf Wales are keen to maintain the momentum and Dixon says: “You see far more families and women playing golf these days than you did in the past.

“Women should feel as comfortable playing golf as men do, and we want to make the sport as widely accessible to all people.

“Nobody has a crystal ball and we don’t know how this pandemic will play out with regards grass roots sport.

“But I am quietly confident golf can thrive in Wales moving forward.”