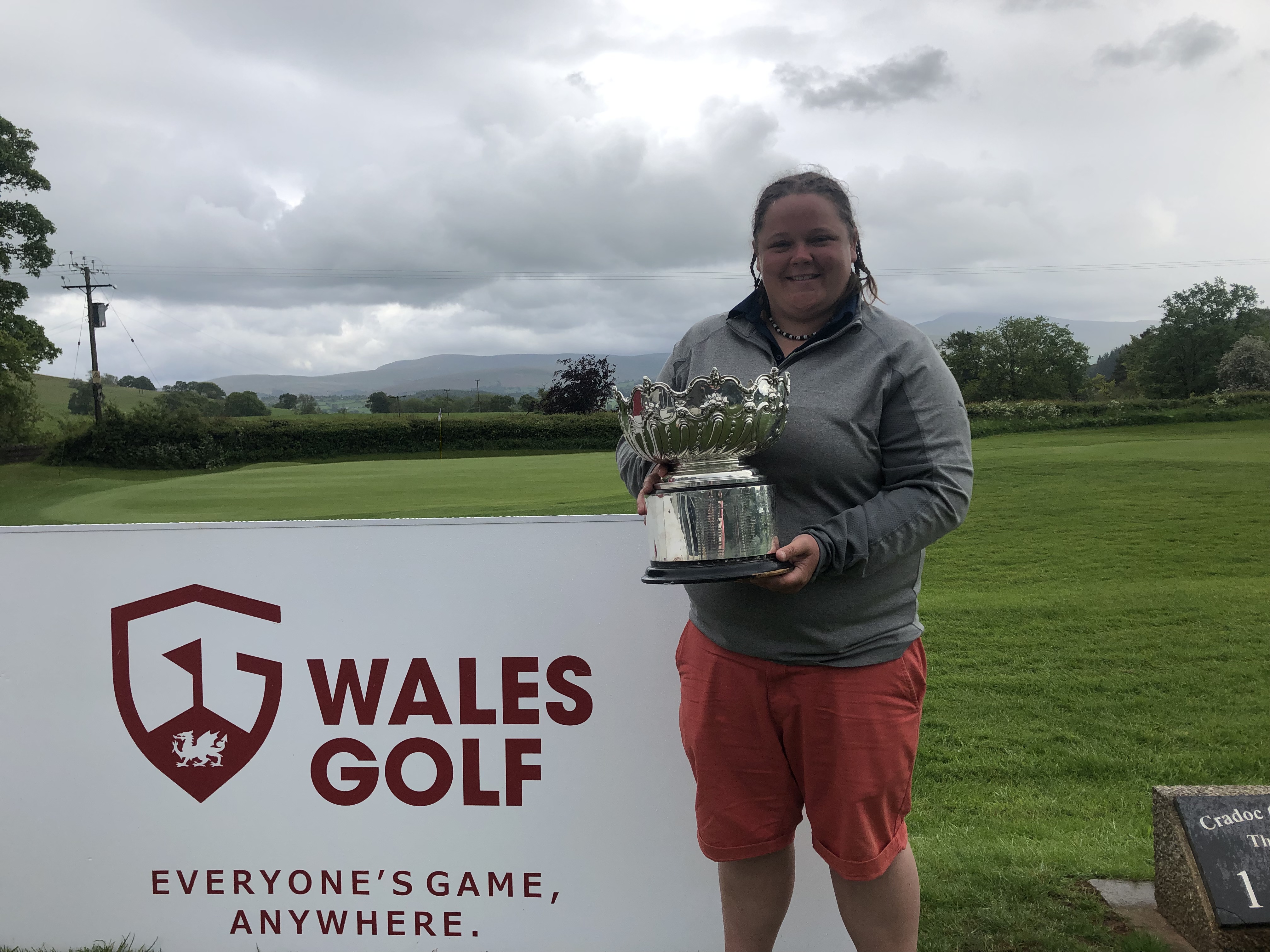 Tenby’s Becky Harries made a return to top level amateur golf after a three year break – and won her third Welsh Ladies Amateur title in her first event back.

The Wales international and Vagliano Trophy player is hoping the event will be a springboard back to the highest levels of ladies amateur golf, after she beat Tenby clubmate Bethan Morris in the final at Cradoc golf club near Brecon,

“When I decided to come and play I was really nervous because I had not played at this level for three years,” she admitted.

“I did not get off to a great start in the first round of the stroke play, but then shot one over in the second round to qualify and match play is my preferred format so I was looking forward to that.

“I came here to win, but this is still a bit unexpected. I am so very, very happy to have achieved that.”

Harries won the Welsh Ladies title in 2011 and 2013, when she was one of the key players in a successful Wales Ladies side and went on to earn Great Britain and Ireland selection.

Harries did not want to turn professional, so at the age of 29 decided to put career with Carew Driveways & Patios ahead of golf, only deciding this summer to attempt a return.

“I was looking forward to playing with Bethan in the final because we play at the same golf club,” said Harries, who won the final 6&5. “It was really good for Tenby and West Wales.

“I started well and was three up after four holes. I kept aiming for pars, hitting greens in regulation and I finished level par after 13 holes.

“I have been away from the game, working nine to five, five days a week, which does not allow a lot of time for golf.

“With the longer evenings in summer I have been able to get a bit more practice and was looking forward to this event. I have been back with my coach at Tenby Rhys Harry and so it is a massive thank you to him.

“When I stopped playing, three years ago, I was not enjoying it as much as I had been. Now I have come back I have more enjoyment than pressure, it was a lot to turn my back on even though I did not want to turn professional.

“Now I feel I am back. I hope it will be a springboard to get me into the Wales team for the Home Internationals, I would love to represent Wales again because there is nothing better than playing for your country.

“I played with Lauren Hillier in the stroke play and she said I was hitting the ball better than she had ever seen, which gave me a boost.

“This was my first event since the Home Internationals in Conwy in 2016. I have not thought too much about planning ahead for the summer, I will go home after this and think what I can do.

“Cradoc was in good condition, the greens were tough, but the course did suit me because it tested all parts of your game.”

It was a Tenby one-two at the top of the leaderboard in the stroke play section as well, with Morris finishing on 2 over, seven shots ahead of second placed Harries.

Ffion Tynan, Minchinhampton, was two shots further back in third, with Lauren Hillier of Newport (Gwent) and Carys Worby of Newport Links (Pembrokeshire) tied fourth one shot further back, with the top 16 qualifying for the match play stages.

Worby then beat defending champion Lea-Anne Bramwell, Abergele, in Round One, while Jordan Ryan beat another former champion Hillier in an all Newport contest.

Two tight semi-finals set up the all Tenby final, both being won by just a single hole as Morris beat Ryan and Harries edged out Tynan.

In the Valentine Plate for those players outside the top 16, Newport’s Gracie Mayo and Newport Links’ Ffion Evans won through to the final, with Mayo taking the prize.

“There was some high quality golf played through the weekend, with some really tight matches. Congratulations as well to Gracie Mayo for her win in the Valentine Plate.

“Thanks to all the staff and members at Cradoc who did so much to make this an outstanding venue for one of our top events.