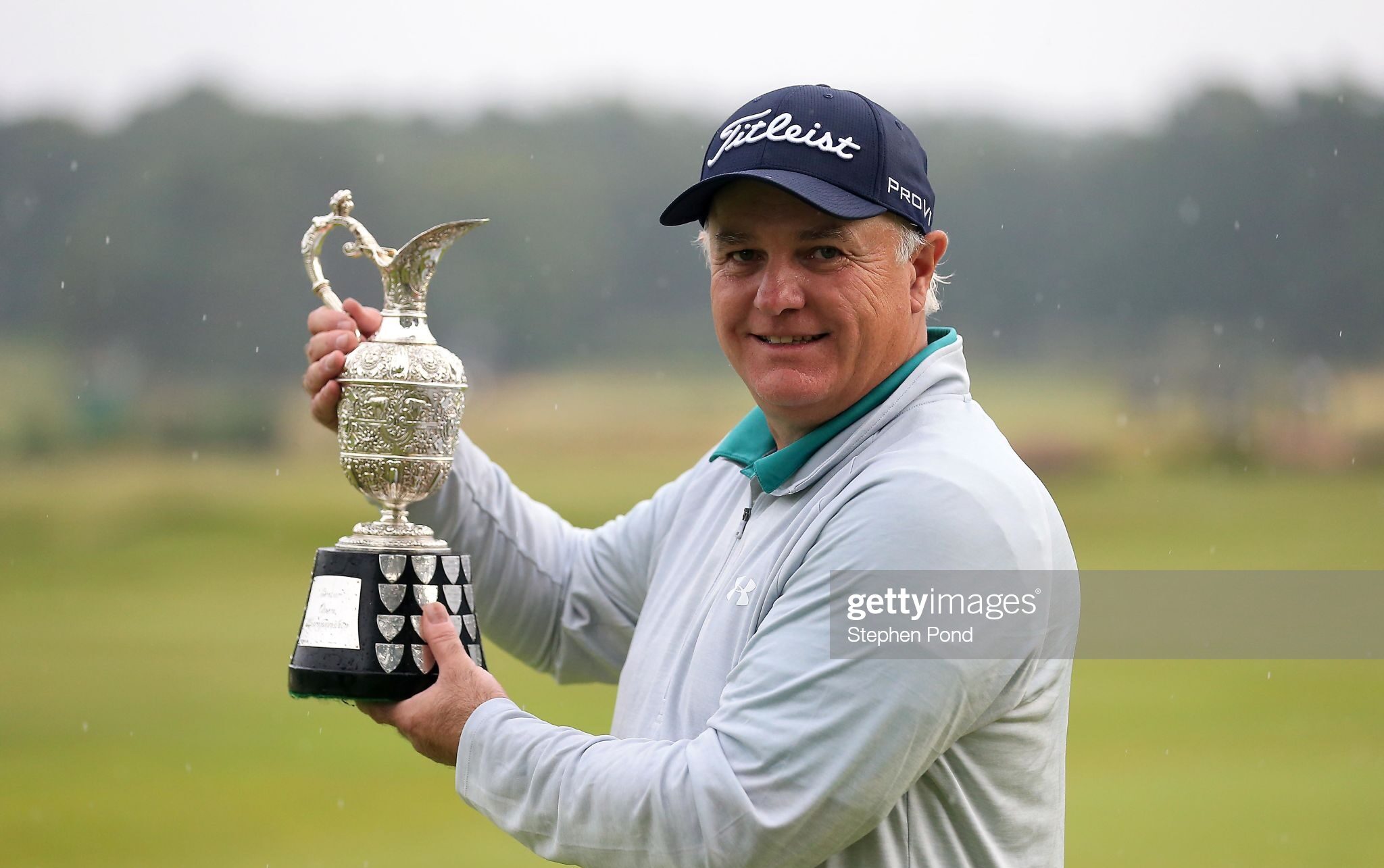 Life really could begin at 55 for Welsh golfer Stephen Dodd who is eyeing a lucrative new career in the USA after winning his first senior major title.

Cardiff-born Dodd – who lifted the Senior Open trophy at Sunningdale on Sunday – is considering cashing in on the highly profitable American seniors circuit after his breakthrough victory.

He had to hold off the challenge from several golfing greats to secure his maiden senior major title at the Senior Open presented by Rolex.

The Welshman birdied his final hole to post a two-under 68 on Sunningdale’s Old Course and end the week on 13 under, a shot clear of Miguel Angel Jimenez.

“I was in control of my emotions, but I just wasn’t controlling the ball which was a big problem,” Dodd said.

“It was a bit of a battle out there, but luckily I gave myself a few chances.

“This is an amazing feeling,” continued Dodd, who’s record-equalling third round of 62 provided the basis for the biggest win of his golfing life.

“I scrambled my way around because I hit a lot of bad shots. Holding the trophy was the last thing on my mind. I just wanted to come in and do myself justice. Hopefully I’ve done that.”

Dodd’s immediate future remains unclear, but it would be something of a surprise if his hope is not to parlay this victory into at least a few years on the lucrative senior circuit in the States.

Jerry Kelly, his playing partner over the final 18-holes, said: “See you in the States,” as the pair left the green.

In that respect, Broadhurst is a fine role model. Since his 2016 win at Carnoustie, the former Ryder Cup player has won four more times across the pond, including another major, the 2018 Senior PGA Championship.

So, there is, potentially at least as much for Dodd to look forward to. As ever though, this understated soul wasn’t giving much away.

“I’m sure on the drive home I’ll reflect on it all.

“I’ll look at it over the coming weeks, I’m not sure what lies ahead at the moment, it’s just too early for me to decide what’s going to happen, but I would like to play a bit in America.”