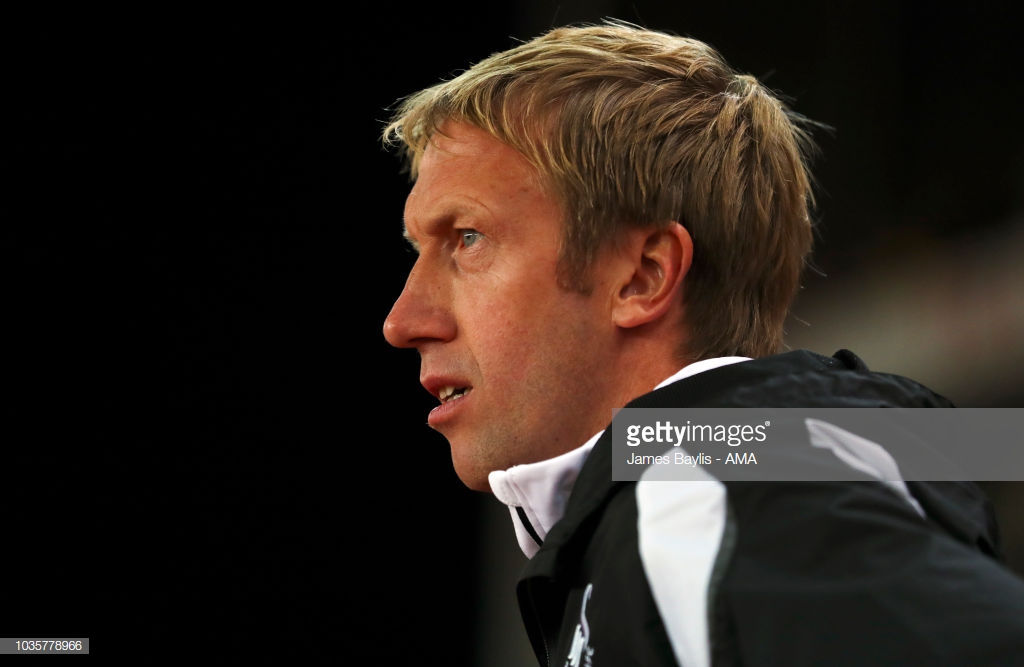 Graham Potter will hold talks with Brighton today over their vacant managerial position after the Seagulls agreed to pay the release clause in his Swansea City contract.

The 43-year-old was offered a new contract by the Swans in an attempt to ward off Brighton’s interest, but told his employers he’s keen to move quickly into managing in the Premier League after just one season working in the Championship.

Brighton saw an initial approach to Swansea knocked back on Tuesday with Potter still having two years left on the deal he signed when he joined the club from Swedish side Ostersund last summer.

It is believed the contract includes a release clause of just under £3m with the former Birmingham City and West Brom defender now discussing personal terms with Brighton to succeed Chris Hughton, who was sacked on Monday.

Brighton have been impressed with Potter’s handling of a difficult situation at Swansea and their ongoing financial challenges following relegation from the Premier League.

Potter has brought much-needed stability to the club, securing a 10th-placed finish in the Championship and an FA Cup quarter-final appearance.

Brighton technical director Dan Ashworth, who left the FA to join the club, is thought to have been watching Potter’s match day work at the Liberty Stadium in recent months and has been impressed with the style of play he has implemented.